The first was given in the late evening on Monday, under the auspices of the European Commission's Science, technology, research and innovation day. Halland's presentation was titled Growing CO2 capture and storage for rapid & significant emission reductions.

In her presentation – and during the following round of questions – Halland established that it is safe to store carbon dioxide (CO2) on the Norwegian continental shelf.

"We have an enormous capacity for storage on the Norwegian shelf, we have the needed expertise, we have the regulations, and we have the data skills," she says.

In the latter, Halland is referring to knowledge built on 50 years of petroleum production and 25 years of experience storing CO2.

When asked whether CCS could be a significant factor in the world's endeavours to cut emissions, Halland responds with a conditional "yes".

"What's needed is to start projects involving capture and transport. And the players need to create a sustainable business model for the entire value chain; who pays for what," she says.

The Longship project on the Norwegian shelf is such a project.

So, what kind of volumes are we talking about? Over 25 years, 26 million tonnes of CO2 have been stored on the Norwegian shelf. Is that a lot?
The Longship project is planning to initially store 1.5 million tonnes annually, and will then ramp up capacity.

"We've estimated that 80 billion tonnes of CO2 can be stored in the entire North Sea Basin. That's a lot," she says.

Halland will give her second presentation on Saturday, under the auspices of the UN platform UNFCCC and under the topic Accelerating along the pathway to net-zero with large scale carbon dioxide removal and storage.

"I'll be promoting many of the same messages, but I'll be putting more emphasis on the importance of a sustainable business model," she says.

She found her success stories in Norway in the Sleipner area in the North Sea, on the Snøhvit field in the Barents Sea and at the test centre at Mongstad, north of Bergen.

"This is a week where CCS will be constantly churning in my mind. I'll be following the events in Glasgow from my home office, and I'll be trying to catch the major discussions and prepare myself for the questions I might face.

"I'm moderately optimistic about the outcome of the conference in Glasgow, because this is a challenging topic," she acknowledges.

"It was incredibly exciting to be asked to give two presentations and participate in the subsequent panel debates. This is the first time the NPD is participating in a climate summit, and this is likely the most important arena we can visit this year. I hope I can help put the NPD on the map as an important communicator of knowledge and expert resource for the CCS area," she says. 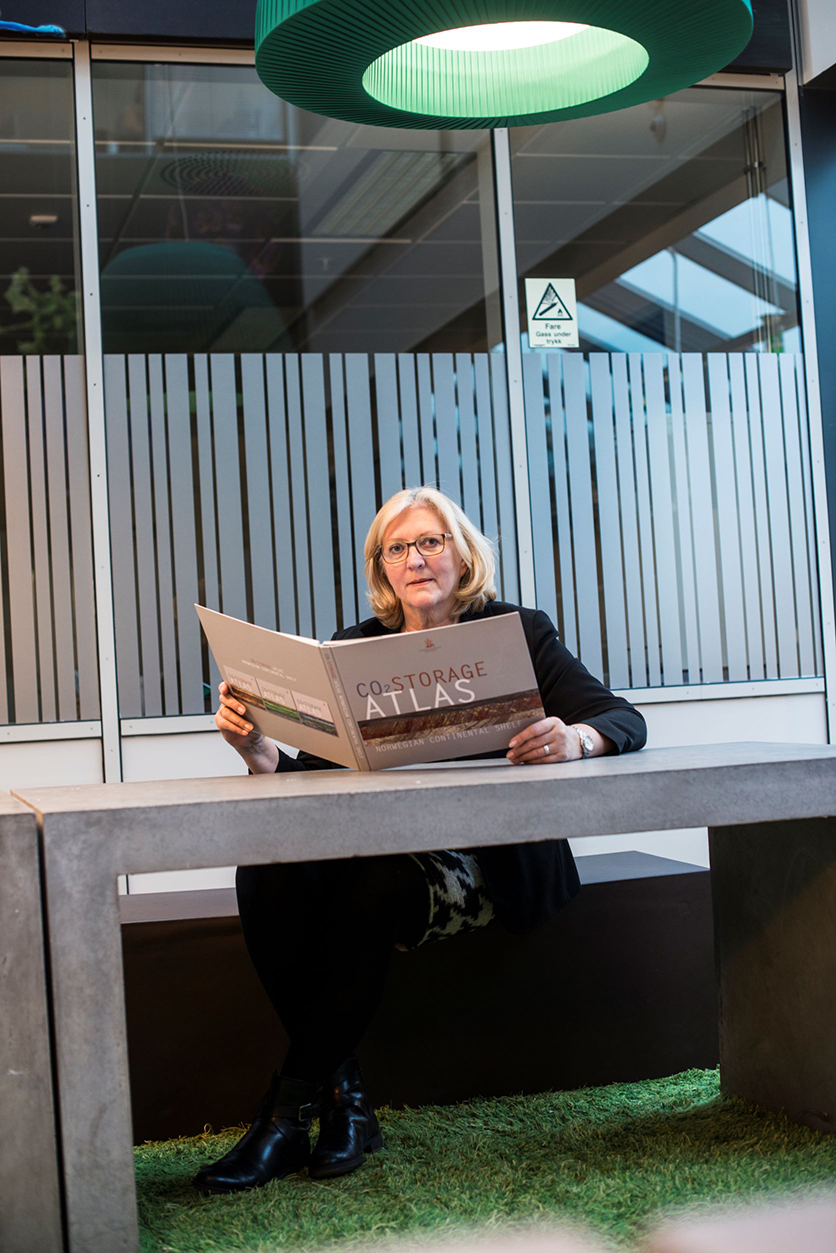