What nature itself is doing at the ice edge

23/08/2021 The ice edge has been frequently debated – both where and how the ice edge should be defined and what it should mean for further commercial activity in the Barents Sea. This text was written by geologists Rune Mattingsdal and Stig-Morten Knutsen in the Norwegian Petroleum Directorate as an opinion piece in Teknisk Ukeblad (Norwegian engineering magazine).

In many ways, the debate about the ice edge was resolved through the presentation of the Management Plan – which was formally a white paper from the Government to the Storting called Meld. St. 20 (2019 – 2020).

The ice edge – technically the ice edge zone – is important because it is defined as an SVO area, which White Paper 20 defines as, "Particularly valuable and vulnerable areas, which are areas of material importance for biological diversity and biological production in the ocean area, including outside the areas themselves".

That might be taking it a bit far, but in general, biology and geology can be somewhat correlated. Both biology and geology provide natural resources – fish and petroleum are typical examples. The first resource is biological, the second is geological.

Let's start with the geology and then return the biology.

For geologists, the rocks under the seabed are important in order to understand where petroleum, be it oil or gas, might be located and how much of this resource might be found. One of the main missions of the Norwegian Petroleum Directorate (NPD) is to map oil and gas resources across the entire Norwegian shelf.

A number of methods are used to map the subsurface in the search for oil and gas. Observations of petroleum on the surface could tell us whether petroleum is being formed in the rocks below us. This type of natural oil discharge from the subsurface can be found all over the world and can be observed both on land and at sea.

In recent years, access to high-quality satellite data has made it possible to make such observations across vast ocean areas.

The Norwegian Petroleum Directorate used such satellite data, which are publicly available, to map resources on the shelf. A recently completed study of such data across the northern Barents Sea identified several large, natural discharges of oil floating around on the sea surface. We have observed several oil slicks, up to ten kilometres long and a few hundred metres wide, including in the area around and south of the ice edge zone.

Satellite data from several years ago show that many of the leakage points are stable over time. The size of the discharges has so far not been quantified, but they appear to be just as large as natural oil discharges at sea elsewhere around the world.

Oil isn't the only thing coming up, we've also observed gas seeping out. A lot of gas. With the aid of seabed surveys, we have documented several thousand natural leakage points for gas on the seabed in the Barents Sea. And so far, only a small part of this vast ocean area has been mapped. This is generally presumed to be methane gas coming out of the seabed and mixing with the seawater.

The Barents Sea is a shelf sea with an average depth of 230 meters. Most likely, not much of the gas is making its way up to the sea surface and out into the atmosphere. But we know that some gas is reaching the surface in certain places, and this methane gas could contribute to the global climate footprint.

All the gas that mixes into the seawater will contribute to the carbon cycle in the ocean and could thus be important to the food chain. Yes, in fact, there are indications that where it's leaking the most, there is rich life on both the seabed and in the seawater above. There could be large amounts of bacteria and other organisms living on methane in areas where the methane gas comes up to the seabed.

These organisms are nourishment for higher organisms, such as shrimp, which in turn are eaten by others one step above them in the food pyramid, and so on until we reach the important species of fish in the Barents Sea. It's not impossible that the vast natural gas leaks in the Barents Sea could contribute to the cycle of life in this productive sea.

In practice, this means that the absorption of CO2 in the ocean is so substantial that it more than compensates for the effect of methane emissions from the ocean to the atmosphere. The overall greenhouse effect could thus be lower than what the methane emissions would generally indicate.

Nature is diverse, and us geologists are frequently surprised at how much we still haven't observed, mapped and systematised. We're constantly learning more about what nature – which for us means geology – is doing, for example that there are natural oil and gas discharges in many places in the Barents Sea, including in the middle of the ice edge zone. Now we know that this is happening, entirely naturally, and that it has most likely been happening for a long time – even in a geological time perspective, which means that we could be talking about millions of years.

What we don't know is how such long-term natural oil discharges affect life in area, for example under the ice. But we now know that oil discharges are natural in the SVO ice edge zone, an area that is also very important for biological production and diversity.

The mapping of resources on the Norwegian shelf – be it shrimp, fish, minerals, oil and gas, or other things – is important for how Norway should manage its assets and natural resources. Based on the new observations the Norwegian Petroleum Directorate has made, there could also be a connection between different types of resources. A connection that we're only just beginning to understand. 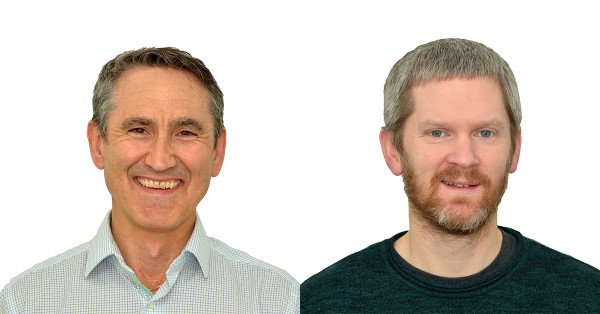 "One of the main missions of the Norwegian Petroleum Directorate (NPD) is to map oil and gas resources across the entire Norwegian shelf", Stig-Morten Knutsen and Rune Mattingsdal, geologists at the NPD in Harstad.

This opinion piece was first published in Teknisk Ukeblad's monthly magazine, 6/2021, then on the magazine's website.