Building the future on the shoulders of history

13/06/2022 14 June marks the 50th anniversary of the Storting's (parliament's) decision to establish the Norwegian Petroleum Directorate (NPD) and Statoil. Director General Ingrid Sølvberg takes a walk down memory lane, observes the current unrest in the world of energy and fixes her eyes on the future.

Many people are asking how long the petroleum industry can survive. Is petroleum necessary to cover the world's energy needs for the next 50-100 years? I'm confident that the answer is yes – in combination with other emerging energy industries.

As we embarked on 2022 – and most people were eagerly awaiting a rapid normalisation of society after two years of pandemic – Russia invaded Ukraine, thereby bringing war to Europe. These sudden changes in our surroundings are yet another reminder of the importance of having robust, long-term strategies. Over a short period of time, the oil price has fluctuated from deep valleys to high peaks. Last summer, the refrain was that Norwegian gas in Europe was under pressure, but now we're having a hard time keeping up with demand.

Norwegian petroleum history is fascinating. Luckily, it's been graced with its own TV series Lykkeland. I personally think Lykkeland should be taught in all Norwegian lower secondary schools, because we need to stay in touch with our history – there are a lot of lessons we need to bring with us into the future.

Once the discovery of Ekofisk was found to be commercial in 1970, it became clear that oil was going to be an important industry for Norway. On 14 June 1972, a unanimous Storting voted to establish a petroleum/mining department in the Ministry of Industry, a state petroleum directorate and a state oil company.

In the early days, the NPD's responsibilities were twofold; protecting safety and the working environment – and ensuring sound resource management. In 2004, the part in charge of safety and the working environment was spun off as a separate supervisory agency – the Petroleum Safety Authority. The NPD retained responsibility for effective and prudent resource management.

Since the beginning, the NPD has helped make the Norwegian petroleum industry as good as possible – maybe even the best in the world – while also safeguarding the best interests of our broader society. We've facilitated coexistence between petroleum and fisheries, helped ensure that greenhouse gas emissions per produced unit are among the lowest in the world, and challenged the industry in a way that contributed to Norway having a world-leading technology community.

We've also undertaken an impressive effort to collect, administer and make available data about the Norwegian shelf. It started with physical samples, paper logs and tape rolls. Today, the systems we administer are storing around 13 petabytes(!) of data. We also have a Geobank containing around 160 kilometres of core materials from wells drilled on the Norwegian shelf.

This data management model has garnered international recognition for Norway, while bolstering the competitiveness of the Norwegian shelf by contributing to transparency, trust and cooperation between different stakeholders.

In the "old days " seismic data was interpreted on paper – now everything is digital.

There's every reason to look back on the 50 years that have passed, where they've taken us, and reflect on how these experiences can best equip us for what lies ahead.

We've learned from others, and developed our own solutions. Eventually, we've shared our own knowledge and experience with others – including the authorities of other resource-rich countries - in an effort to help reduce poverty through prudent resource management.

Step by step, we've helped develop the Norwegian shelf – slowly inching our way further north. We've shown that we can exercise sound management of our ocean areas, and contributed to build unique infrastructure which is currently the basis for competitive deliveries of Norwegian oil and gas. And we've also contributed to significant expansions of the Norwegian continental shelf.

Norway was one of the first countries in the world to stipulate the outer limits of the continental shelf through the UN in 2009. Now we've started to map this new area in order to estimate the scope of the mineral resources at our disposal within Norwegian territorial waters. 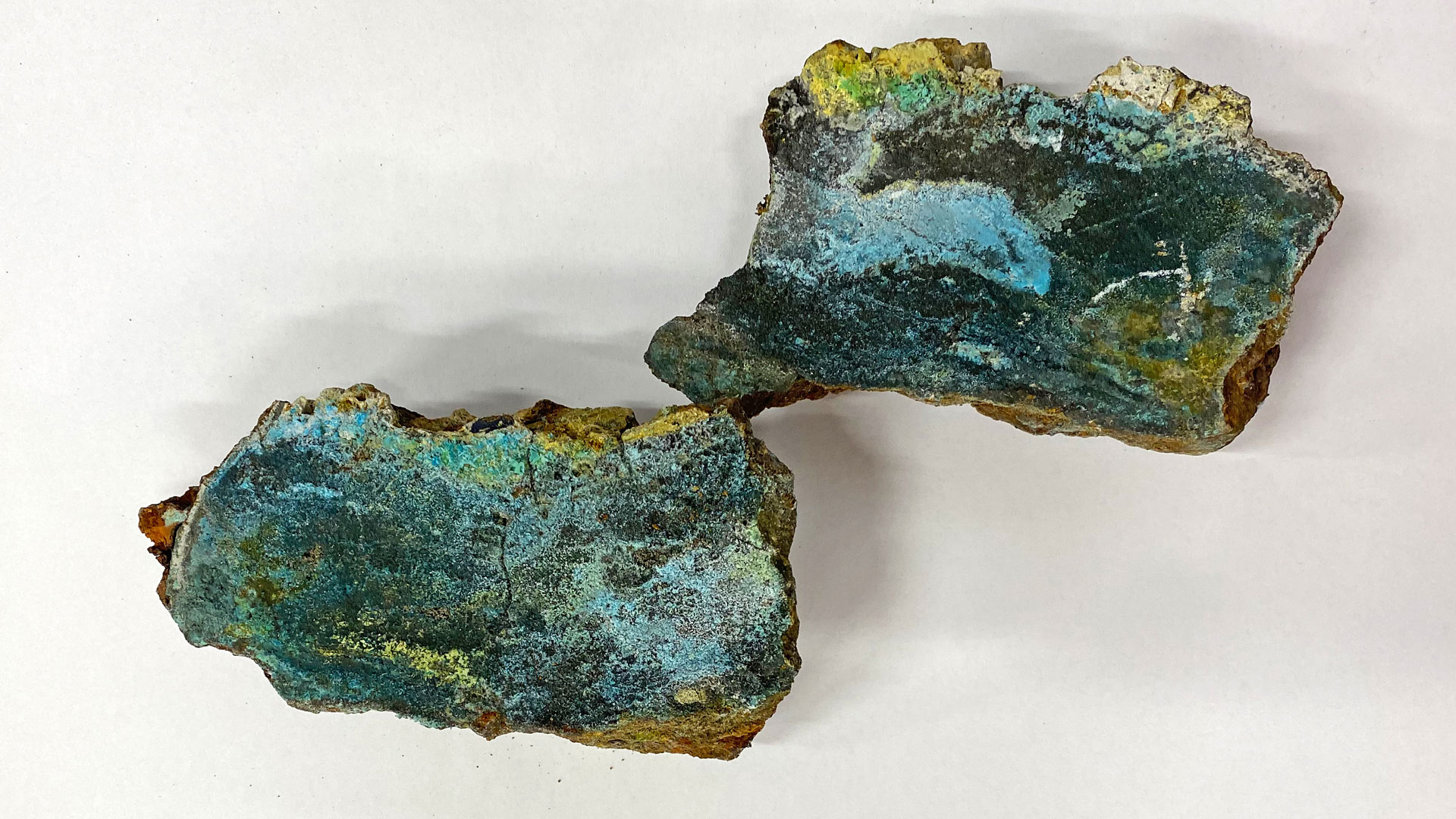 Green copper mineral deposit on a darker sulphide sample, acquired by the NPD at the Mohns Ridge in 2020. Photo: The NPD.

If we lift our gaze to the next 50 years, I presume we'll still be exploring for and producing profitable oil and gas. We project that about half of the oil and gas resources in place on the Norwegian shelf have been produced so far. It remains to be seen how much of what's left CAN actually be produced – and of course how much of this Norway actually WILL produce.

At the same time, we're seeing an increasing interest in building new value chains and using the Norwegian shelf to permanently store carbon dioxide (CO2). We're seeing a substantial willingness to develop an industry for power generation from offshore wind. We're also in the process of accumulating first-hand knowledge on the potential for recovering minerals from the seabed, which could become a new maritime industry. All these industries also need to coexist side-by-side with the fisheries along our coast.

It's been quite the journey since 14 June 1972 – both on the Norwegian shelf, for Norwegian business and industry, and not least for Norway as a welfare state. The Norwegian management model has contributed to a high level of safety and enormous value creation, which has benefited all of Norwegian society. As we move forward, we must steward the overall natural resources in a way that ensures a continued high level of safety, sound coexistence between all maritime industries and the highest possible overall value creation.

It was not inevitable that we'd end up where we are today. Incremental development, based on sharing knowledge and experience, has brought us here. This is good motivation - and something we'll keep in our toolbox for the next chapter. 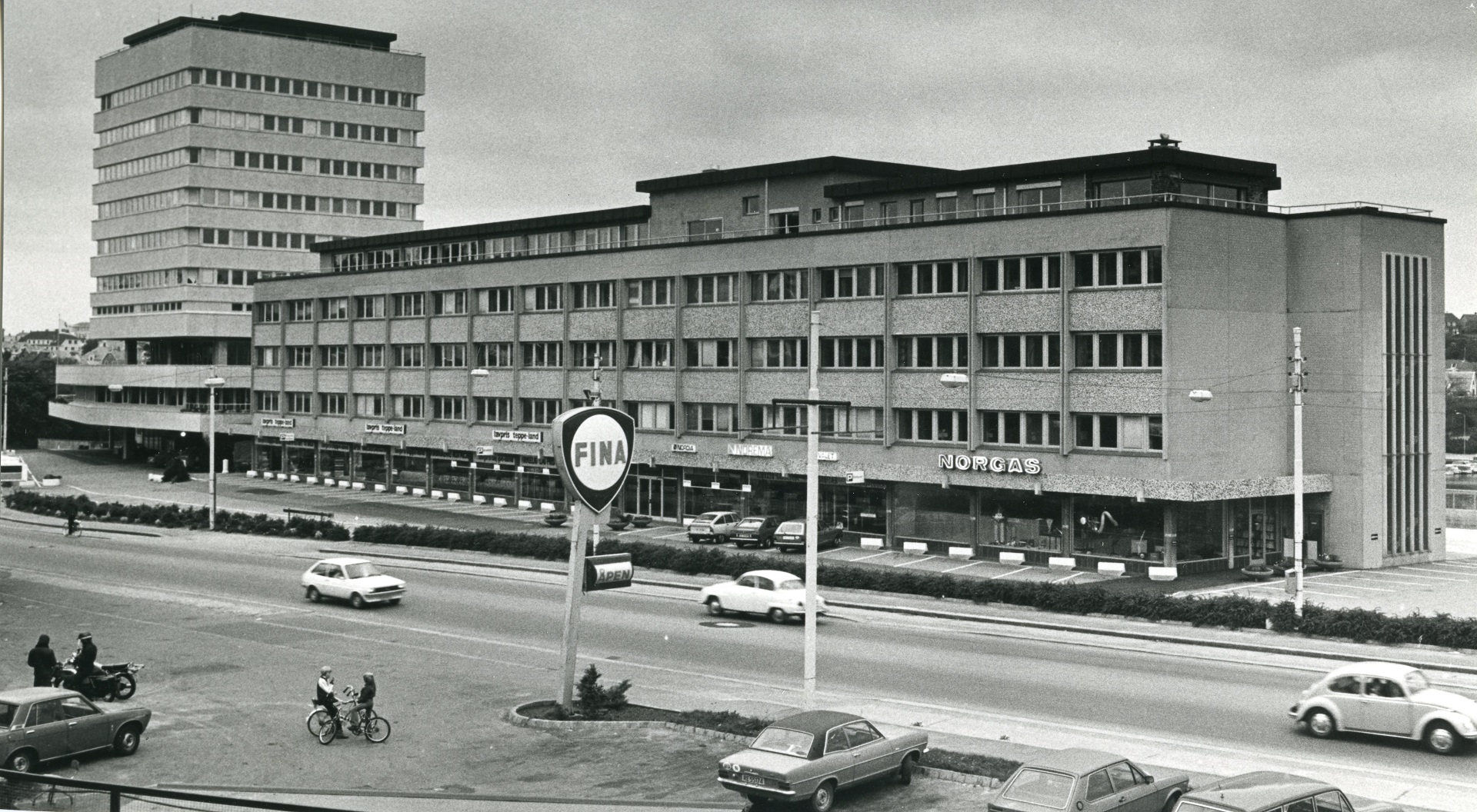 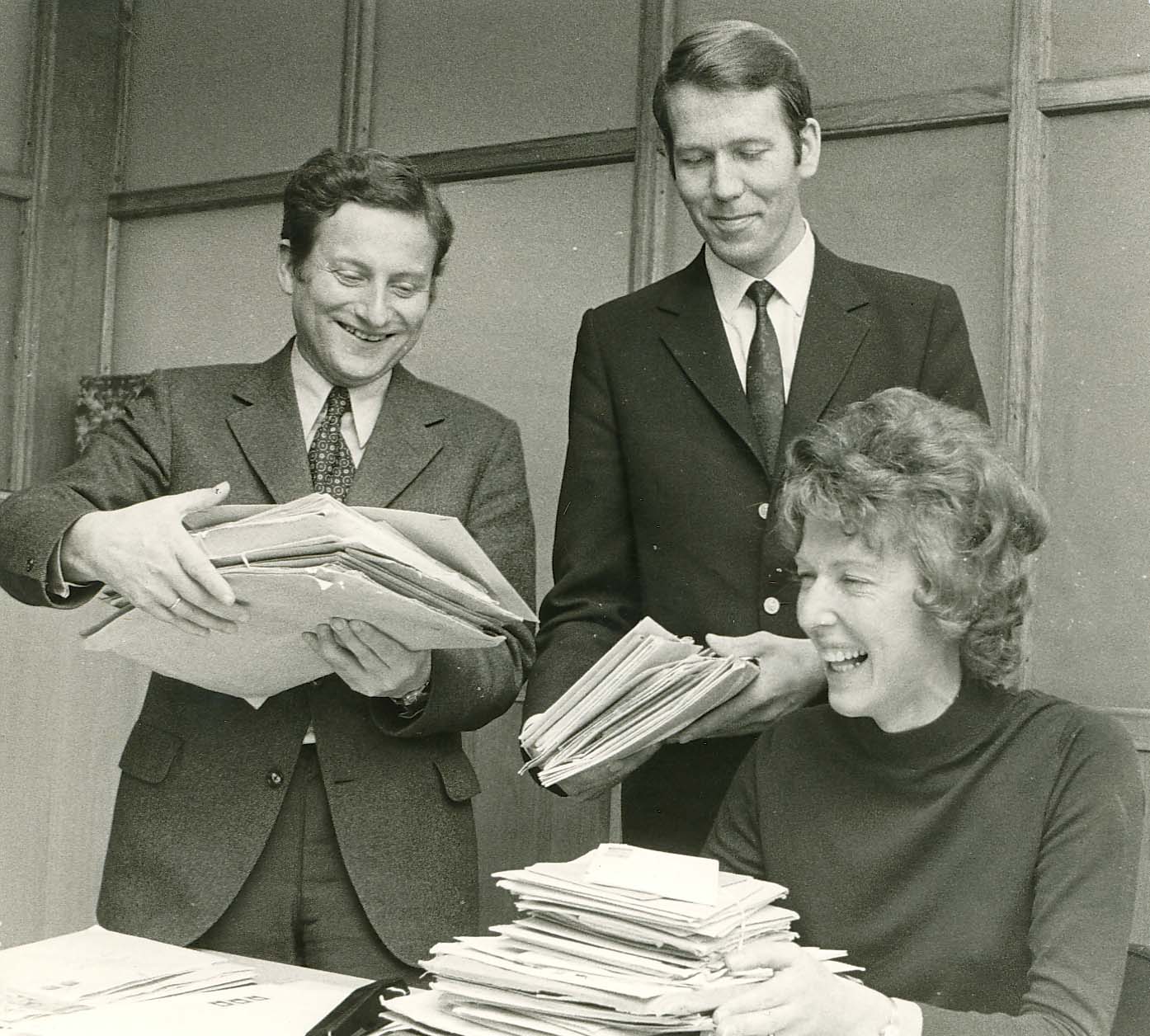 Lots of job applicants to the NPD in 1972: Fredrik Hagemann (from left), Bjørn Bratbak and Brynhild Meltveit. 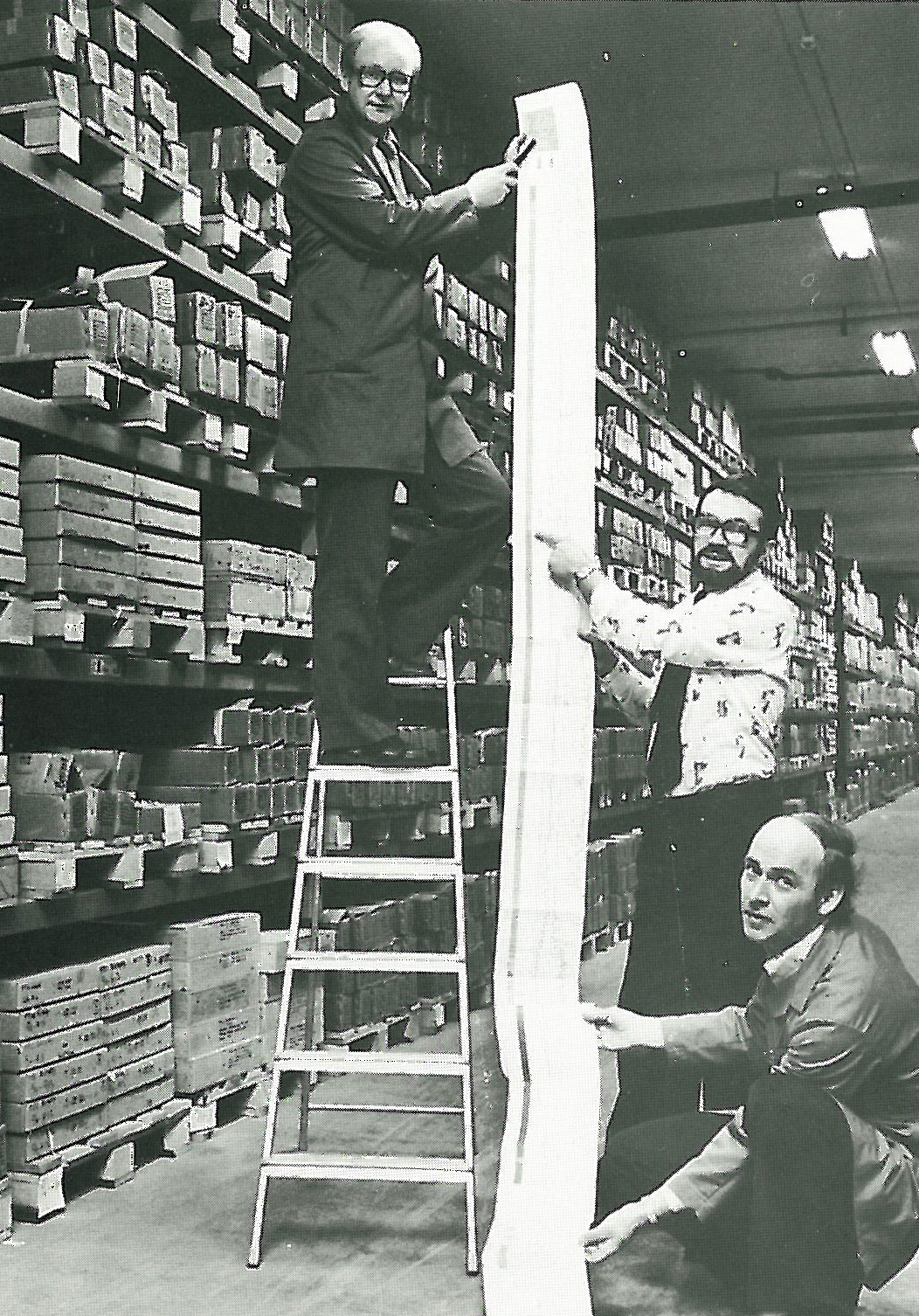 From the first ‘core store’ in the 1970s: Lars A. Myhre (from left), Egil Bergsaker and Arne Wermundsen.

This feature article appeared in print and in the digital edition of Stavanger Aftenblad on 13 June 2022.