20/07/2022 50 years after the Storting (parliament) decided to establish the Norwegian Petroleum Directorate (NPD), there is still plenty of activity on the Norwegian shelf.

The first half of 2022 saw substantial demand for Norwegian gas. This is a result of the EU’s goal to reduce imports of Russian gas following the invasion of Ukraine. Production and deliveries of Norwegian gas are at very high levels, and gas prices have increased significantly.

60.83 billion standard cubic metres of gas were produced during the first half of 2022.

Measures have been implemented on certain fields which could yield increased deliveries of gas over the short term. In some instances, the companies have been permitted to sell gas that was originally slated for injection in the fields. A somewhat larger share of liquids production was also sold as pipeline gas.

47.2 million standard cubic metres (just under 300 million barrels) of oil were produced from the Norwegian shelf during the first six months of the year.

During the first half of the year, the authorities received development plans (PDOs) for the Halten Øst project in the Norwegian Sea and Eldfisk in the North Sea (amended plan).

The Eldfisk project is a profitable further development of resources in a producing field. A significant effort has been under way in the Halten Øst area to coordinate ownership interests, which has formed the basis for profitable developments of several minor discoveries.

“These are both good examples for other production licences and areas on the shelf to follow,” says Kalmar Ildstad, the NPD’s Director of Licence Development.

The industry is working full speed on maturing plans for new developments, and the NPD expects to receive several PDOs over the course of the year.

Two PDOs were approved during the first half of the year, a development in the Alvheim area in the North Sea and the first phase of Kristin Sør in the Norwegian Sea. 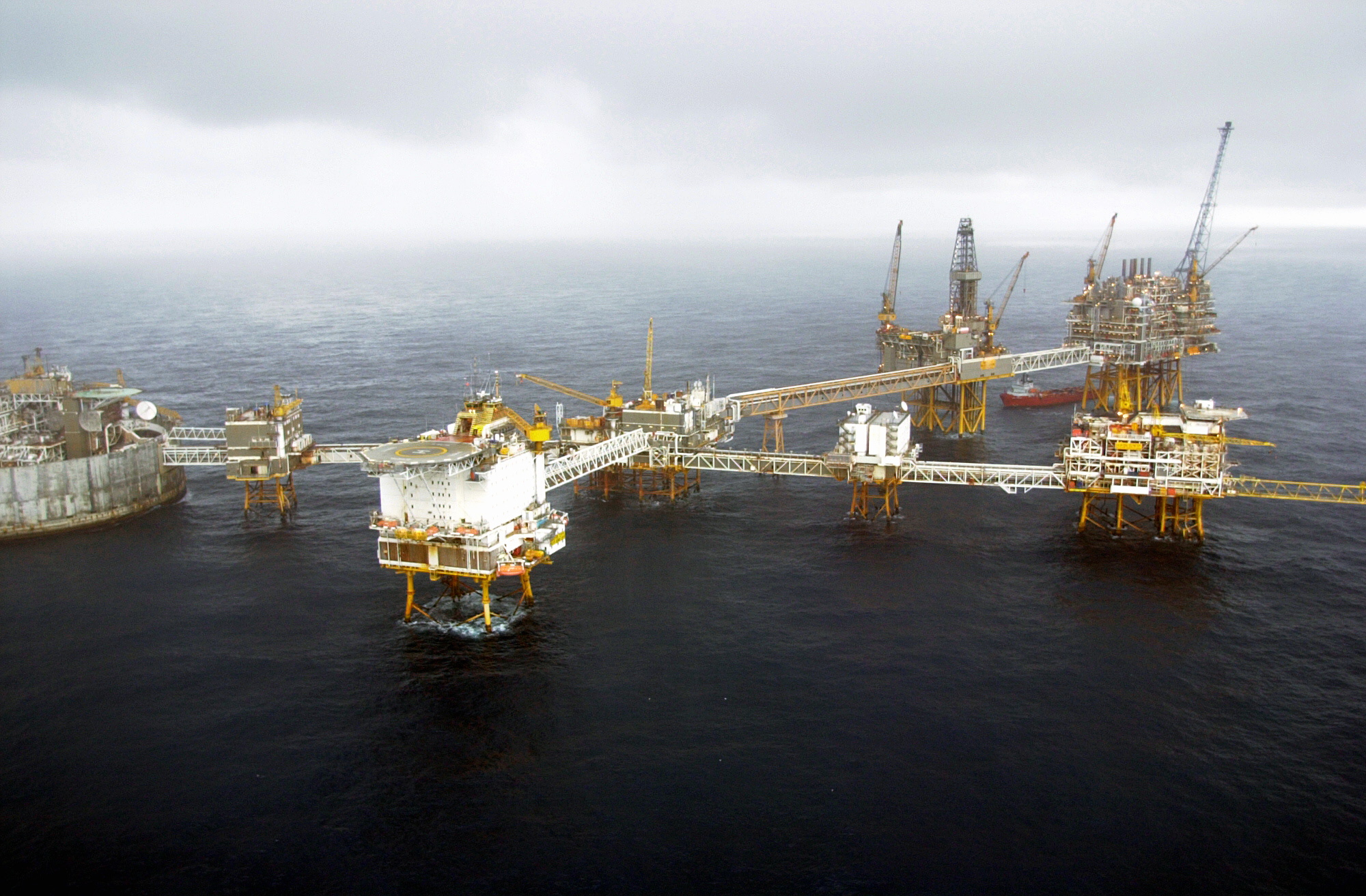 The first field that came on stream on the Norwegian shelf (in 1971), Ekofisk in the North Sea, has had its production licence extended from 2028 to 2048.

One of the measures that makes this possible is that the licensees have utilised advanced water-based injection methods. They will also be exploring opportunities for reopening non-producing fields in the area and will consider more exploration around Ekofisk.

“By 2048, Ekofisk will have produced oil for 77 years. The field has generated enormous values for the greater community for generations; and will continue to do so for decades to come,” says Torgeir Stordal, Interim Director general.

Two exploration licences were awarded this year for storing CO2, one in the North Sea and one in the Barents Sea.

The authorities have also received applications from three companies to be awarded acreage to store CO2 in the subsurface in the North Sea.

“We’re experiencing increasing interest in acreage for storing CO2. This indicates that more players are seeing opportunities for future value chains within capture, transport and storage of CO2,” Stordal says.

A total of 17 exploration wells were terminated in the first half of 2022, 14 of which were wildcat wells. Discoveries were made in six of the wells.

Two of the discoveries are close to Johan Castberg in the Barents Sea. The sum of these and other discoveries in the area is close to half of the volume in Johan Castberg, which were 89 million Sm3 of oil (560 million barrels) when the development plan (PDO) was submitted.

“These are important additional resources that will help increase value creation and extend the life of Johan Castberg,” says Stordal.

The authorities expect a total of between 35 and 40 exploration wells this year. This is on par with last year. The majority will be drilled close to infrastructure, but wells will also be drilled in more frontier areas, in addition to wells that will test unconfirmed plays.

“I’m pleased to see that the companies are still exploring,” Ildstad says. “In order to utilise spare capacity, it is particularly important to quickly clarify the potential for further discoveries that can be tied back to existing infrastructure.”

In June, the Ministry of Petroleum and Energy (MPE) announced APA 2022, which covers blocks in the North Sea, Norwegian Sea and Barents Sea.

The NPD wants the companies to utilise new technology to a greater extent in order to ensure the best possible resource management – particularly technologies that could contribute to additional discoveries, improved production and reduced emissions.

In June, the NPD hosted a technology day for the industry. The objective was to help ensure that the companies share experiences, as well as to lay a foundation for even better cooperation in the industry. 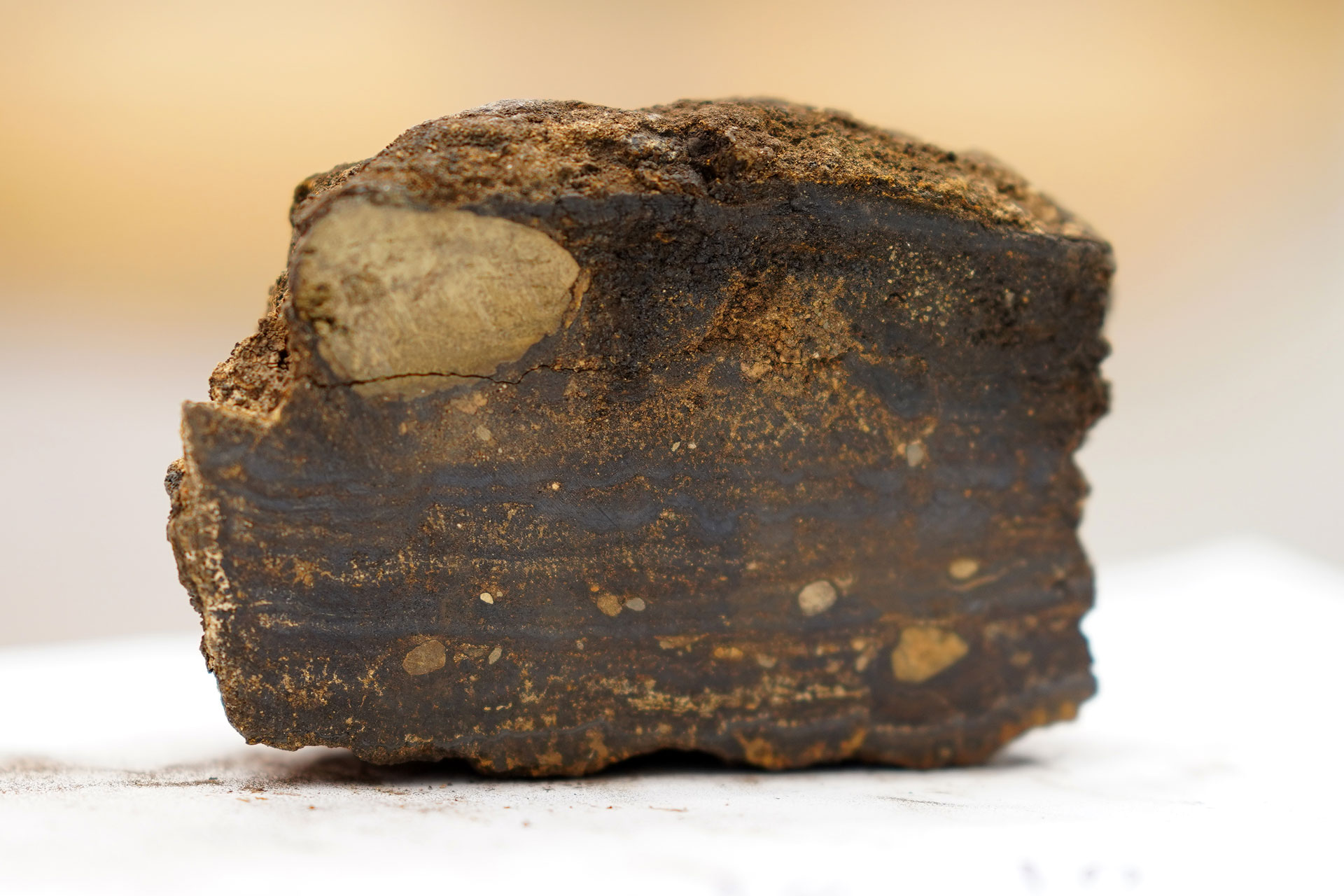 Manganese crust collected by the NPD at the Vøring Spur. Darker parts represent manganese crust while the lighter areas are weathered rocks.

The NPD has mapped the potential for minerals on the shelf over a number of years, and data from the surveys was released at a seminar in June. There is significant interest in the data from both the industry and academia.

In parallel, the NPD will assist in work on an impact assessment covering studies within environmental, financial and societal impacts.