Laying the groundwork for offshore wind

25/08/2022 Earlier this year, the Norwegian Petroleum Directorate was tasked with conducting subsurface surveys in the areas of Sørlige Nordsjø II and Utsira Nord, which have been opened for applications for renewable energy production.

Now we are mobilising the vessel M/V Fugro Venturer to conduct pilot surveys in the eastern part of Nordsjø II.

The company Fugro Norway AS was chosen to collect and process data earlier this summer.

"The mobilisation will take place in Aberdeen in Scotland today, 25 August. We'll meet our representatives and key people on board the vessel, where we'll also get a tour and a review of the equipment on board," says geophysicist Lars Jensen, who is responsible for the procurement.

Arne Jacobsen, Assistant Director for Technology, Analyses and Coexistence, and geophysicist Olvar Løvås will represent the NPD at the mobilisation meeting.

"This is an important step toward developing offshore wind on the Norwegian shelf. The NPD has extensive experience and considerable expertise in operating seismic surveys from oil and gas activities. A sound factual basis is crucial in order to manage the resources in the best possible way," Jacobsen says. He also finds it encouraging that the NPD can use this experience effectively to support the energy transition.

The actual collection starts in week 34 and is scheduled to continue until early October. Then the data must be processed, which is planned to be finished around the end of the year.

"The NPD will have two representatives on board – one person responsible for quality-assuring the operation (QC) and a fishery expert," Jensen says.

This expedition will be collecting basic seismic, bathymetry and water column data, in addition to towing a magnetometer and side scan sonar. The NPD received additional appropriations for this assignment in the revised national budget (RNB).

The data they will be collecting will be important in the effort to draw up development plans. They will be part of data sets for the players that are awarded licences to develop. 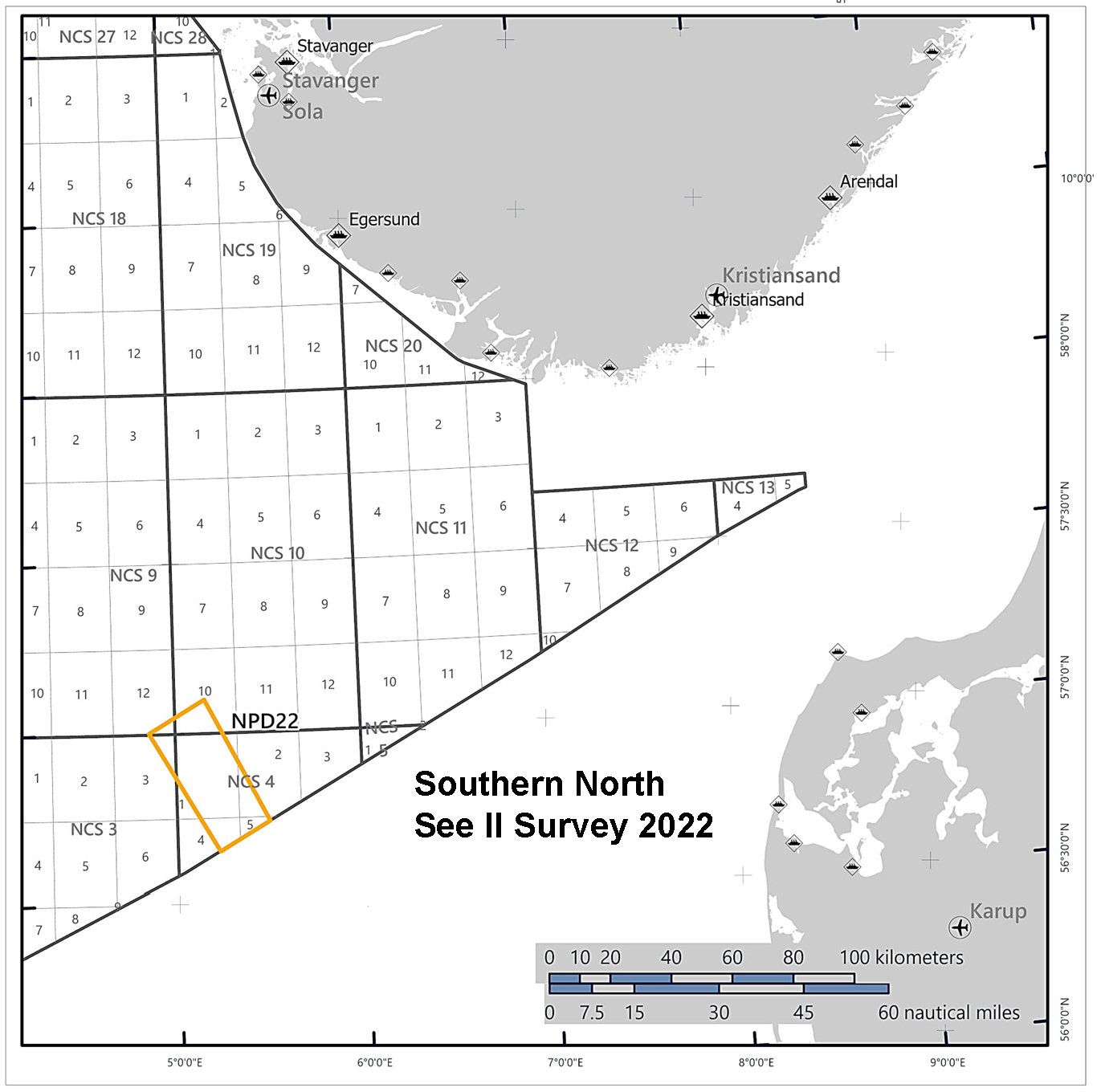