26/01/2022 Over the past year, more than 200 status reports (relinquishment reports) have been made available on the Factpages.

Section 85 of the petroleum regulations was amended with retroactive effect from 1 January 2021. The change entails that the confidentiality obligation for interpreted data in status reports lapses as from the date when the licence is relinquished, repealed, expires or the area where the data originate from is relinquished. This means that the status reports can be released.

A status report summarises e.g. the history of a production licence. It also contains information about data that has been collected, studies that have been performed and the result of these studies. It also provides an overview of the prospectivity (potential) in the production licence. 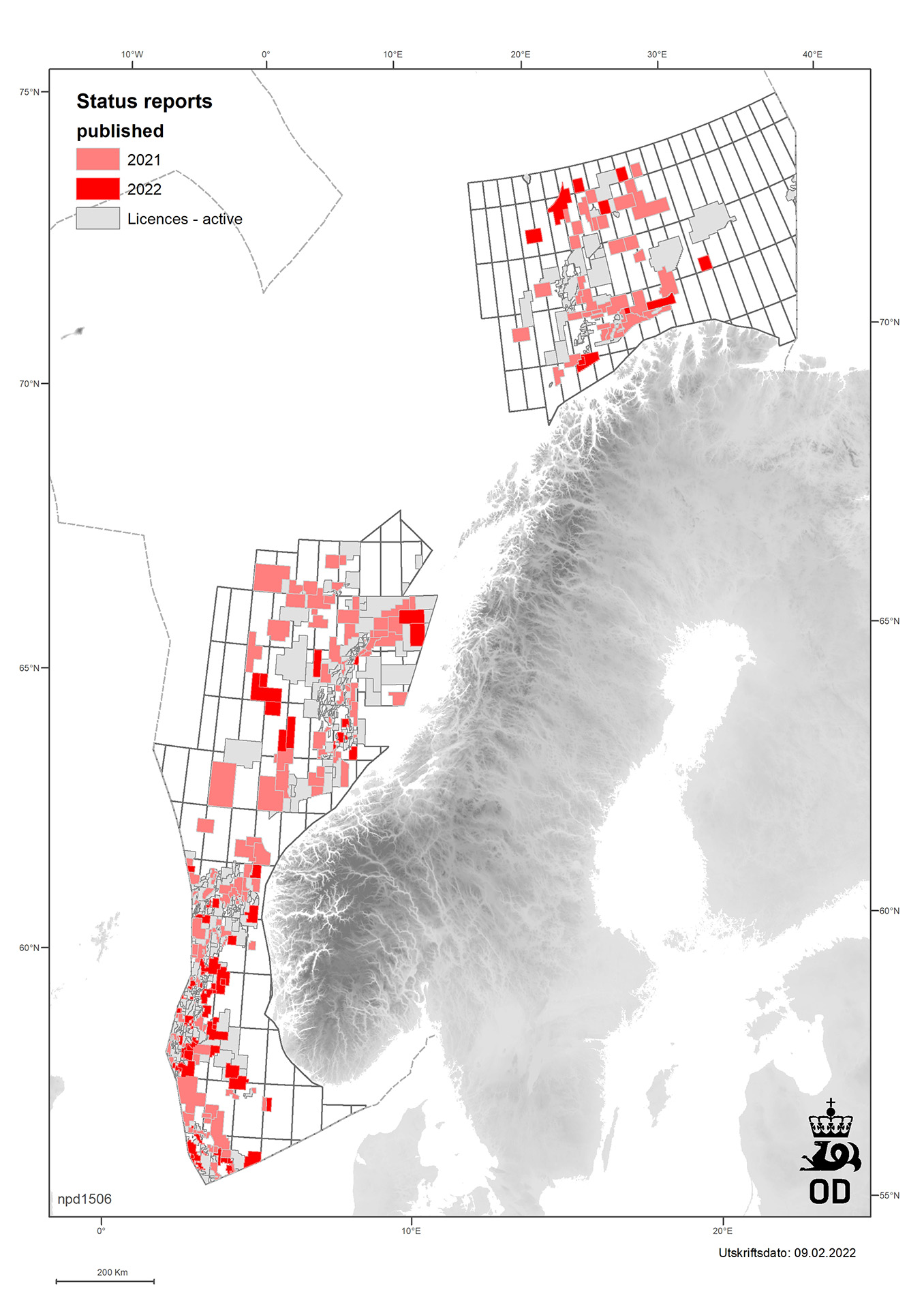 Collecting, storing and sharing data from the Norwegian shelf is one of the most important things the NPD does:

“The Norwegian shelf is becoming more and more mature, and many of the same areas have been explored earlier in multiple production licences. In order to better understand the petroleum geology on the shelf, and to avoid duplication of efforts, it is important that knowledge and data are shared so that new players also gain insight into the assessments of previous licensees,” says Arne Jacobsen, head of Technology and Coexistence.

He expects the result will be more cost-effective exploration and development of fields.

Operators must submit a status report no later than three months after the production licence expires, lapses or is relinquished. It is made available on the NPD’s Factpages as soon as it is quality-assured. In practice, this means that the NPD sees that the report conforms with the guidelines, and that it does not contain trade secrets.

About 400 reports to be published

“Trade secrets could be strategies, work techniques, analyses, financial calculations and forecasts. This type of information is still subject to a duty of confidentiality,” says geologist Abryl Ramirez, who is involved in the work of publishing the reports.

On average, new reports are published every other week, and there are still around 400 reports outstanding.

One year after the petroleum regulations were amended and the work to publish the status reports got under way, experience indicates significant interest in these reports.

“They have been well-received by the industry, and we constantly receive questions about when we plan to publish more reports. The companies are also quick to let us know if something isn’t working properly,” says Ramirez.

Here are the guidelines for status reports in connection with relinquishment, lapse or expiration of a production licence.

27/05/2022 The Norwegian Petroleum Directorate (NPD) has granted Wintershall Dea Norge AS drilling permit for well 31/4-A-13 C, cf. Section 13 of the Resource Management Regulations.
Oil discovery near the Johan Castberg field in the Barents Sea – 7220/8-2 S