Record-high revenues from the Norwegian shelf

13/01/2022 The combination of high production of oil and gas from a total of 94 fields, significant demand and high commodity prices led to a historically high level on the State's export revenues from petroleum. Much of this is due to record-high gas prices.

Record-high revenues from the Norwegian shelf- The Norwegian Petroleum Directorate expects stable, high production to continue over the next few years.

Many new discoveries, as well as several new field developments in upcoming years together mean that production is expected to increase somewhat leading up to 2024, says Director general Ingrid Sølvberg.

Phase 1 of the Johan Sverdrup field in the North Sea is in full operation, and Phase 2 is scheduled to start up this year. Once full production is achieved, Johan Sverdrup will account for 35 per cent of oil production on the Norwegian shelf.

Additional fields are in the pipeline. Eight development plans (PDOs) were submitted in 2021, and the companies are expected to submit dozens of PDOs this year.

The temporary change in the petroleum tax has most likely led to an increase in project activity. The projects would most likely have been carried out even without the tax package, but some of them would have been postponed.

A total of about NOK 150 billion was invested in fields and the development of discoveries on the Norwegian shelf in 2021, which is somewhat lower than the previous year. The Norwegian Petroleum Directorate's (NPD's) forecasts show an additional reduction in investments in 2022, before they are expected to increase again leading up to 2025.

The investments contribute to continued high and profitable production towards 2030, at which point the current plans show that production will decline. The extent and speed of this decline will depend, among other things, on how much additional oil and gas the companies will discover in the years to come.

While production remains high, CO2 emissions are dropping. The most important reason for this is the use of power from shore. The objective is to cut emissions in half by 2030 compared with the level in 2005.

Two additional discoveries were made in production wells with exploration targets.

– The NPD expects 30-40 exploration wells to be drilled this year, Sølvberg says.

2021 saw the award of new exploration acreage in the annual Awards in Pre-defined Areas (APA) as well as in the 25th licensing round. 30 companies were offered a total of 61 production licenses in the APA round, and seven companies offered ownership interests in the 25th round. There was also significant interest and a large number of applications in the APA round in 2021, and this award will take place in a few weeks.

New players and industries are emerging on the Norwegian shelf. The technology pilot Hywind Tampen is the world's first project to supply power to petroleum installations from offshore wind. The plan calls for the turbines to be installed in the North Sea this year.

Seabed mineral extraction could also become a new industry. In autumn 2021, the NPD carried out its own expedition and participated in several other expeditions with Norwegian universities over the course of the year. Preliminary results from four years of data acquisition show that there are interesting occurrences of manganese crusts and sulphides on the Norwegian shelf.

The NPD has previously mapped opportunities for CO2 storage on the Norwegian shelf. Our estimates show that there is room to store 80 billion tonnes of CO2 – the equivalent of 1,500 years of Norwegian emissions at the current level.

We are seeing increasing interest from both established and new players looking for CO2 injection acreage. The authorities received applications from five companies following the announcement of two areas in 2021. 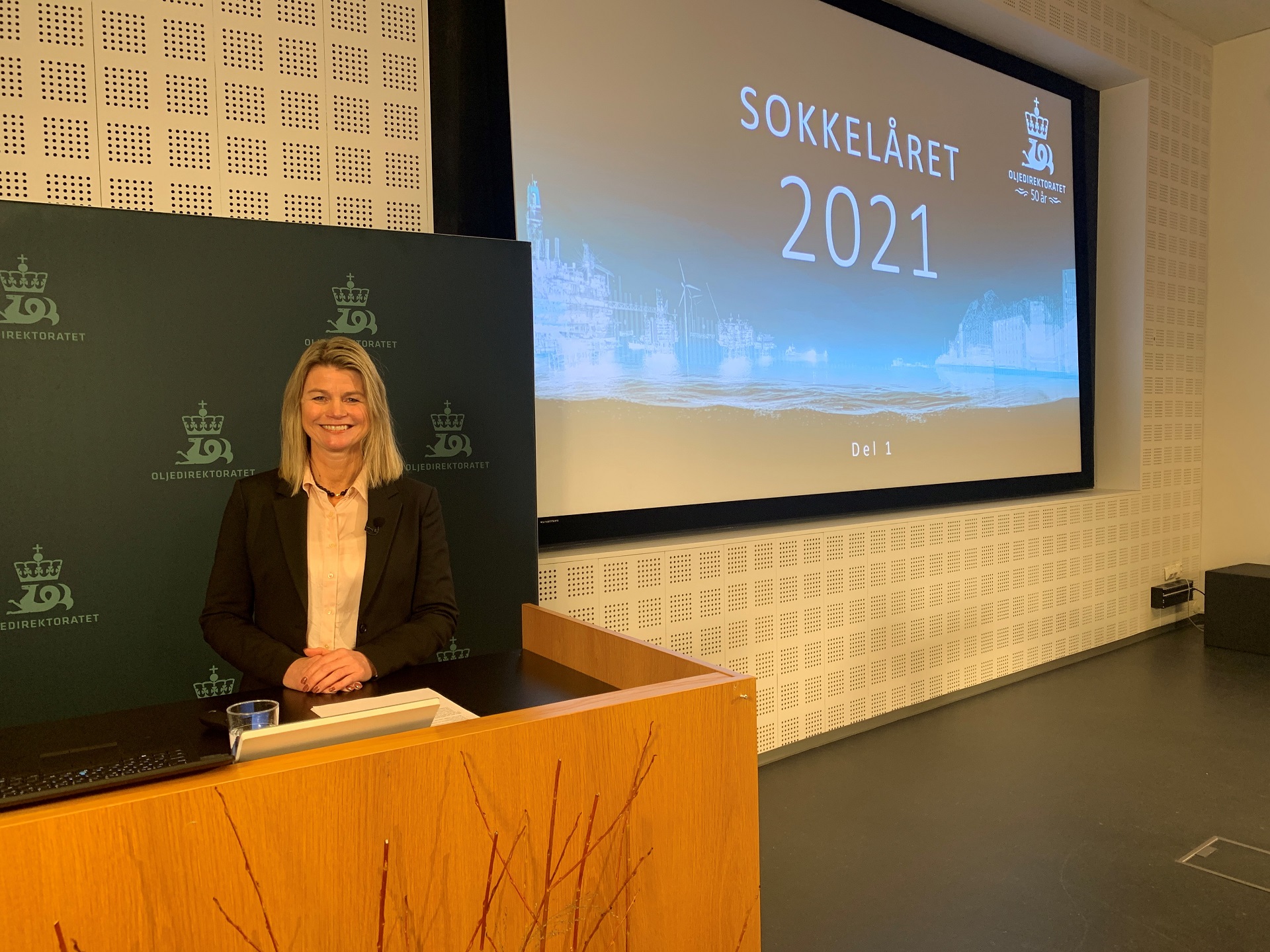