31/01/2022 "A major recognition and very motivating," was the immediate response of researcher Geir Evensen of the Norce research institute when asked how it felt to win the award for improved recovery (IOR) in 2020.

The next time the Norwegian Petroleum Directorate will be handing out the IOR award is at ONS 2022, and now we are looking for candidates who deserve to win.

The deadline to submit nominations is 1 March 2022.

"Winning the award has led to a number of positive ripple effects for Norce and for me as a researcher – we're very proud and delighted. The work we've been doing for many years has now been recognised, and the results and methods are very visible," says Evensen.

"The work has been elevated to an entirely different level, and we've received attention far beyond our reach through publications and conferences."

Evensen has provided a significant contribution toward developing a method where one uses multiple reservoir models in parallel to describe the uncertainty in a reservoir and update the reservoir description with dynamic data.

This technology is used extensively among the oil and gas companies on the Norwegian shelf. Read more: Researcher Geir Evensen wins award for improved recovery

"Since I won the award, it's become easier to access the industry and market new projects. It seems like everyone in the industry has heard of the method now," the researcher says.

Evensen says that his LinkedIn profile was "on fire" with congratulations and comments when he received the IOR award. He also thinks that the award has led to multiple invitations to give presentations.

Asked why the technical communities should nominate candidates for the award, Evensen, answers as follows: "It's important to commend and promote those who've gone the extra mile for improved recovery, whether this is an operator, a group of licensees or an individual.

In other words, more profitable production from fields leads to increased revenues for the treasury.

More about the IOR award 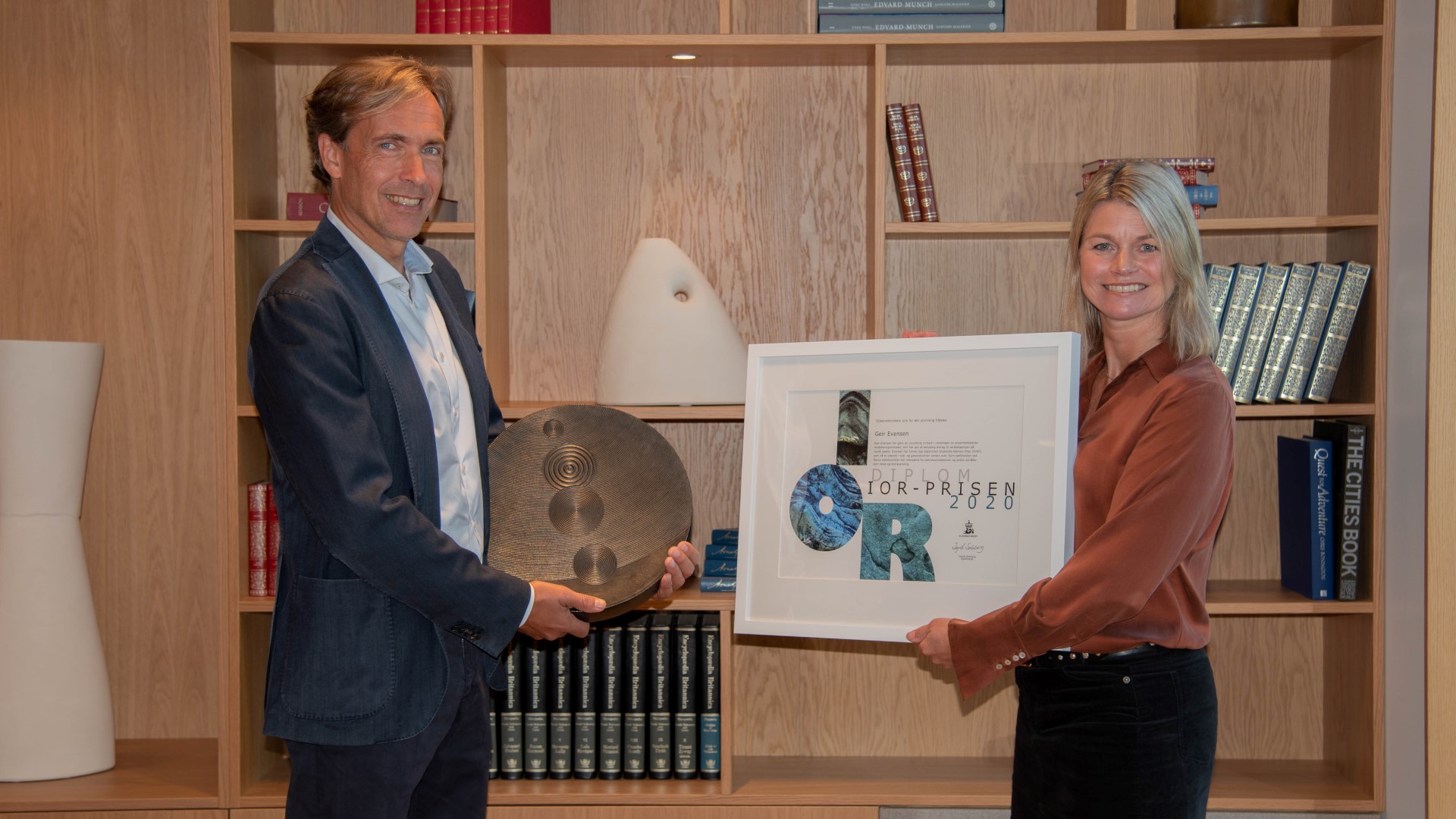