Today, 21 June 2017, the Ministry of Petroleum and Energy (MPE) announced the 24th licensing round. In this round, 102 blocks/parts of blocks will be announced, divided among 9 in the Norwegian Sea and 93 in the Barents Sea.

“The Norwegian Petroleum Directorate’s analyses show that the greatest undiscovered resource potential on the Norwegian shelf is in the Barents Sea. It is therefore important to facilitate acreage for petroleum activities in this sea area,” says Sissel Eriksen, exploration director.

“The interest there is substantial, which is reflected by the fact that 2017 will be a record-year with regard to exploration wells drilled in the Barents Sea. Several of these will also be significant for the blocks now being announced in the 24th round,” says Eriksen.

In addition to the many exciting areas in the Barents Sea, several attractive areas in the Norwegian Sea will also be announced in this round.

“This licensing round will contribute to maintaining a high activity level and we look forward to the results in the years to come.”

The Government aims to award new production licences in the first half of 2018. 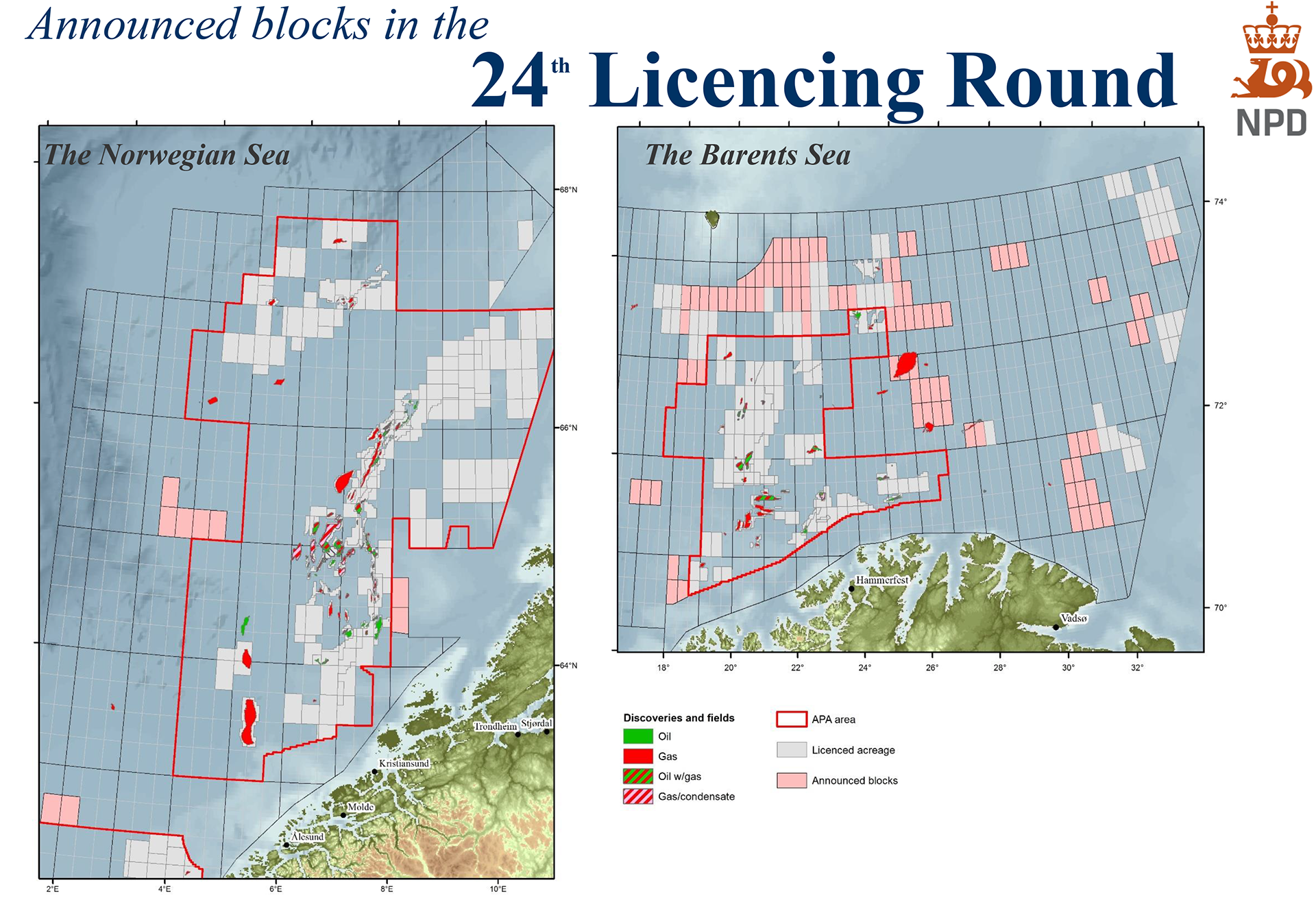 Forms that must be completed:

Information about Submission and attachments is updated 6 November 2017.

It is not necessary to provide a binder with company information

Two paper copies of the application letter is delivered to the Norwegian Petroleum Directorate.

An electronic copy (pdf) of the application letter is included on a memory stick along with company information.

Petroleum in areas outside 200 nm

As regards production of petroleum in areas outside 200 nm, in accordance with the UN’s Law of the Sea Convention of 1982, Article 82, Norway is required, from and including the sixth year of production, to render an annual contribution through the International Seabed Authority which was established under the Convention. The licensee may be required to cover this expense. In this case, the cost can be deducted under the petroleum taxation.