The Permian rocks have not been given formal group or formation status, but are often correlated with the Permian in East Greenland.

The Red beds form the lowest part of the drilled Triassic sequences and represent continental clastics deposited in an arid climate. The maximum thickness of Red beds is in the order of 2600m (well 6507/6-1, 2615m) and has been drilled on the southern extension of the Nordland Ridge.

The Grey beds are interpreted to represent continental clastics deposited in a more humid climate than the Red beds. Maximum thickness of the Grey beds is in the order of 2500m (well 6610/7-2, 2489m). The upper boundary of the Grey beds is towards the Upper Triassic and Lower Jurassic (Rhaetian to Toarcian) coal-bearing sediments of the Båt Gp (the Åre Fm).

The Triassic also contains two evaporite sequences of Upper/Middle Triassic age (Ladinian–Carnian). Shallow boreholes (6611/09-U-1 & 2) along the Norwegian coast (66oN) have drilled a combined thickness of 750m of Upper Permian and Lower Triassic sediments, including a possible source rock. 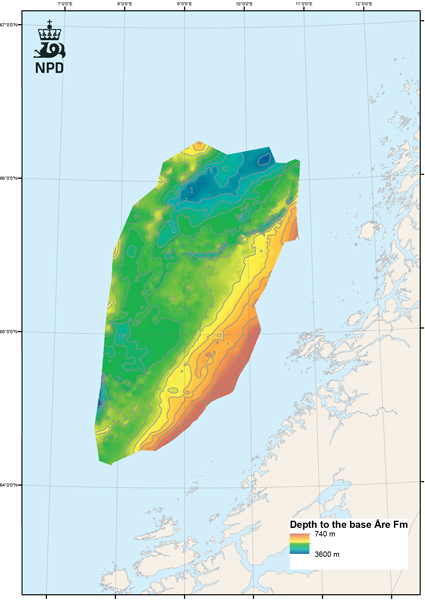 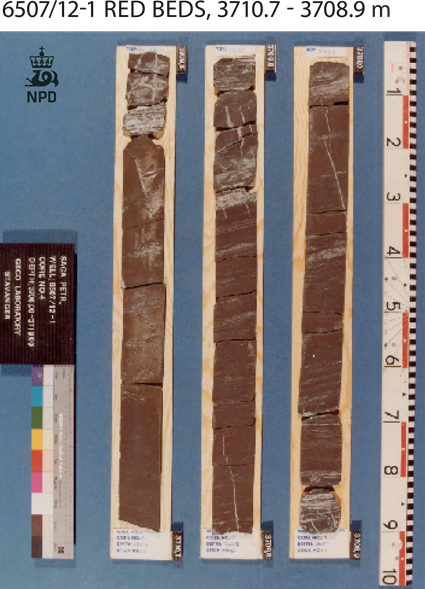