The Åre Formation (Rhaetian to Pliensbachian) represents delta plain deposits (swamps and channels) at the base with up to 8m thick individual coal seams. Where the coal bearing sequences are thinner, the sandstones are generally more coarse-grained. The Åre Fm is present in most wells drilled in the Haltenbanken and Trænabanken region, but is missing locally over the crest of the Nordland Ridge due to erosion.

The well coverage over the central and eastern Trøndelag Platform is limited. Well 6510/2-1R, located on the Vega High and Ylvingen Fault Zone, drilled 291m of Åre Fm. Wells along the western margin of the Trøndelag Platform down to the Draugen field show thicknesses of the Åre Fm between 250 and 300m. In the Froan and Helgeland Basins area, the Åre Fm varies in thickness between 300 and 500m from south to north. 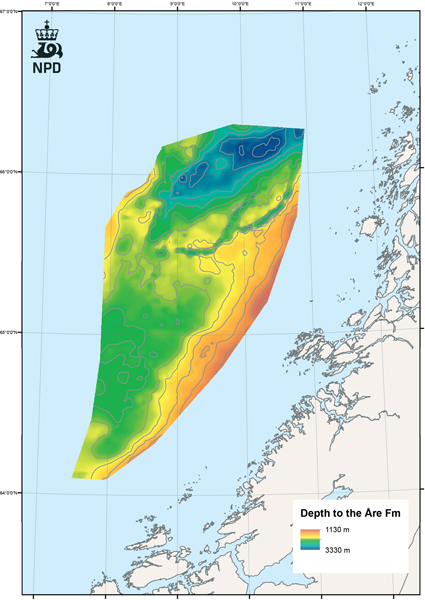 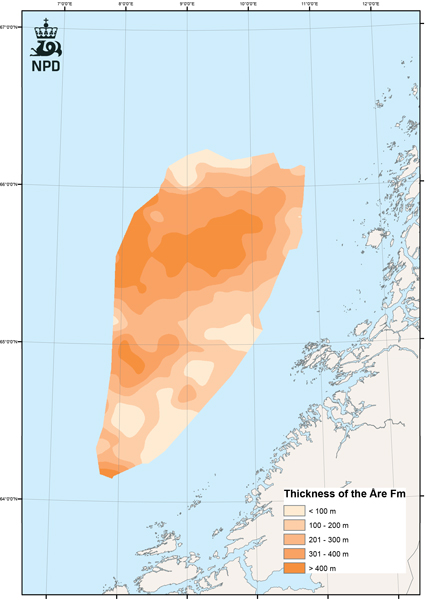 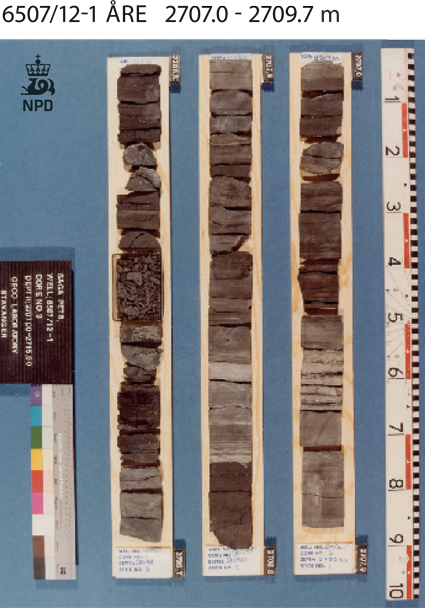