The Ror Formation (Pliensbachian to Toarcian) is defined by the abrupt transition from the sandstones in the Tilje Fm into mudstones, indicating an erosive base. The Ror Fm is present in all wells drilled on Haltenbanken, generally thinning towards the northeast. To the west, it interfingers with the sandstones of the Tofte Fm, and the oldest part of the Ror Fm is often absent. The Tofte Fm represents an eastward prograding fan delta, reflecting a source area in the west. In the study area, the Tofte Formation does not occur, although local sandy beds have been encountered in the wells. The Ror Fm does not occur over large areas on the Nordland Ridge due to erosion/non-deposition. In the basinal areas, the mudstones of the Ror Fm might represent a seal, particularly towards the east. 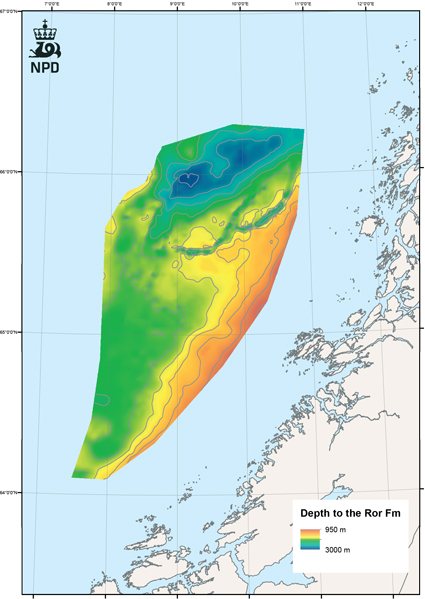 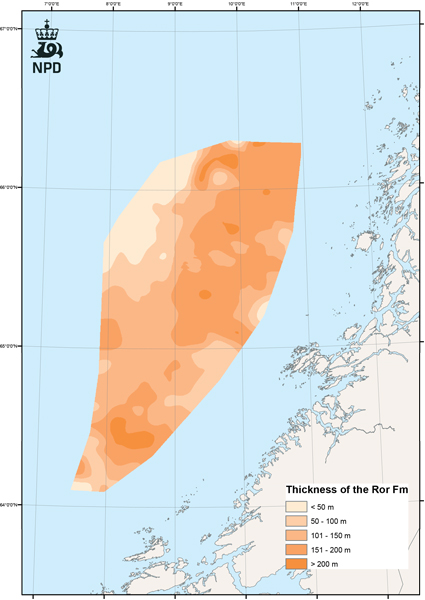 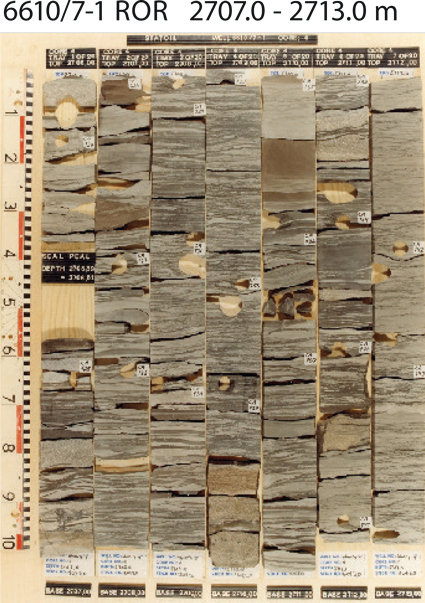