The Tilje Formation (Sinemurian to Pliensbachian) is defined at the top of a mudstone interval and consists of more sandy sediments deposited in near shore to intertidal environments with increased thickness of individual sandbodies. The mudstone interval is most pronounced on the Halten Terrace, but is difficult to pick further east on the Trøndelag Platform. Here coal beds are developed at a higher stratigraphic level than on the Halten Terrace. The formation is present in most wells in the Haltenbanken and Trænabanken region, but locally absent on the Nordland Ridge.

In the type well (6507/11-1), the thickness of the Tilje Fm is 98m, and on the Halten Terrace, thicknesses in the order of 100-150m are reported. Shallow boreholes close to the coast indicate time equivalent deposits dominated by coarser clastics. The same thicknesses are observed in the Trøndelag Platform area. 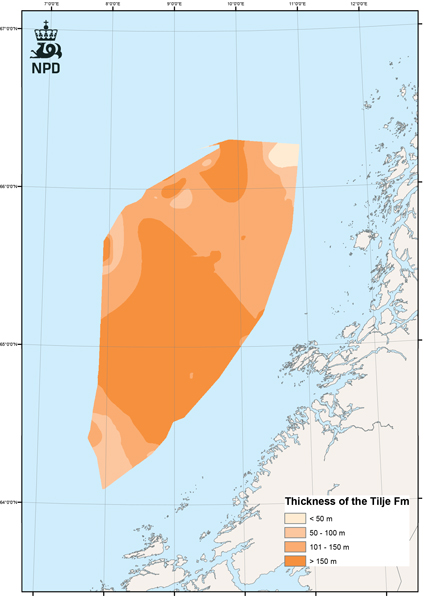 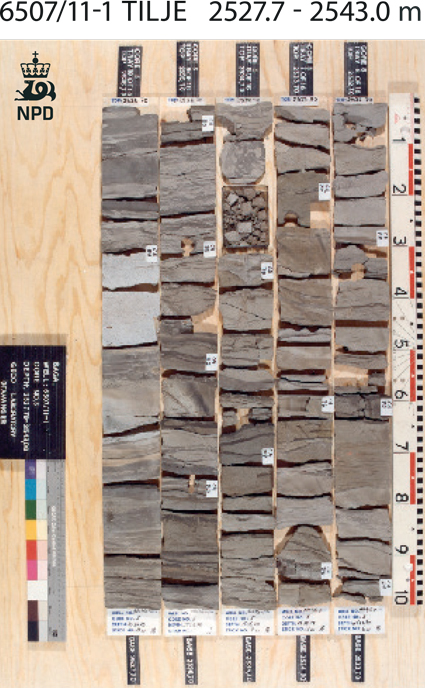