The Viking Group is defined in the northern North Sea and on Haltenbanken and Trænabanken. It is divided into three formations, the Melke, Rogn and Spekk Formations. The group is present over most of the Trøndelag Platform, but thins toward the Nordland Ridge where it is locally absent. The dominant lithology of the Viking Gp is mudstones and siltstones, with the exception of locally developed sands (Rogn Fm) in the Draugen field area and on the Frøya High. Sediments correlated with the Viking Gp have been found by shallow drilling and seafloor sampling in the eastern part of the Trøndelag Platform.

The Melke Formation (Bajocian to Oxfordian) is deposited in an open marine environment over most of Haltenbanken, but contains local sands in parts of the Dønna Terrace, the Revfallet Fault Complex and over the southern part of the Rødøy High. In the type well (6506/12-4), the thickness is 116.5m, but thicknesses in the order of 550m have been drilled in the area west of the Nordland Ridge.

The Rogn Formation (Oxfordian to Kimmeridgian) sandstones occur within mudstones of the Spekk Fm in the Draugen field, the western part of the Froan Basin. A similar development is found on the Frøya High (well 6306/6-1). The sandstones of the Rogn Fm are interpreted as shallow marine bar deposits.

The burial depth of the sandstones of the Rogn Fm is around 1600-1700m in the Draugen field, and porosities in the order of 30% and permeabilities up to 6 darcy have been reported.

The Spekk Formation (Oxfordian-Berriasian) overlies the Melke Fm. The Spekk Fm was probably deposited over most of the Haltenbanken and Trænabanken area, but may be absent over structural highs such as the Nordland Ridge. The mudstones were deposited in marine anoxic water conditions, resulting in high organic content comparable with the time equivalent Draupne Fm in the northern North Sea, thus forming a major hydrocarbon source rock.

In the type well (6407/2-1), the thickness of the Spekk Fm is 65.5m, but thicker sections may be present in structural lows as on the Dønna Terrace. Black mudstones of similar age, also with high organic content, have been found in shallow boreholes off the coast of Trøndelag. 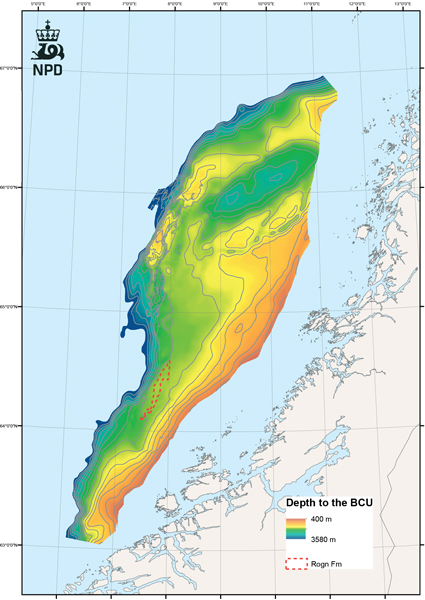 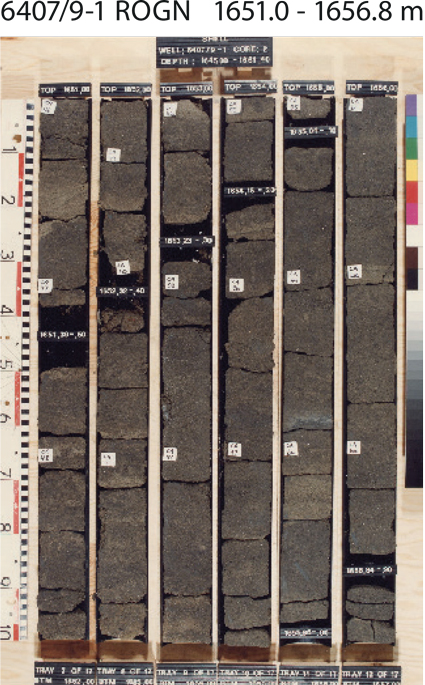 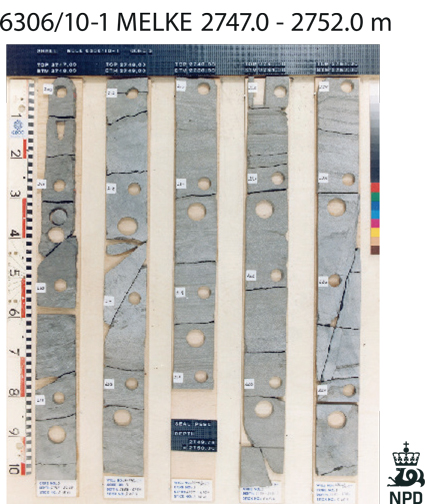