Geologist Eva Halland used to explore for petroleum. She is now looking for opportunities to capture, transport, store and utilise carbon dioxide. 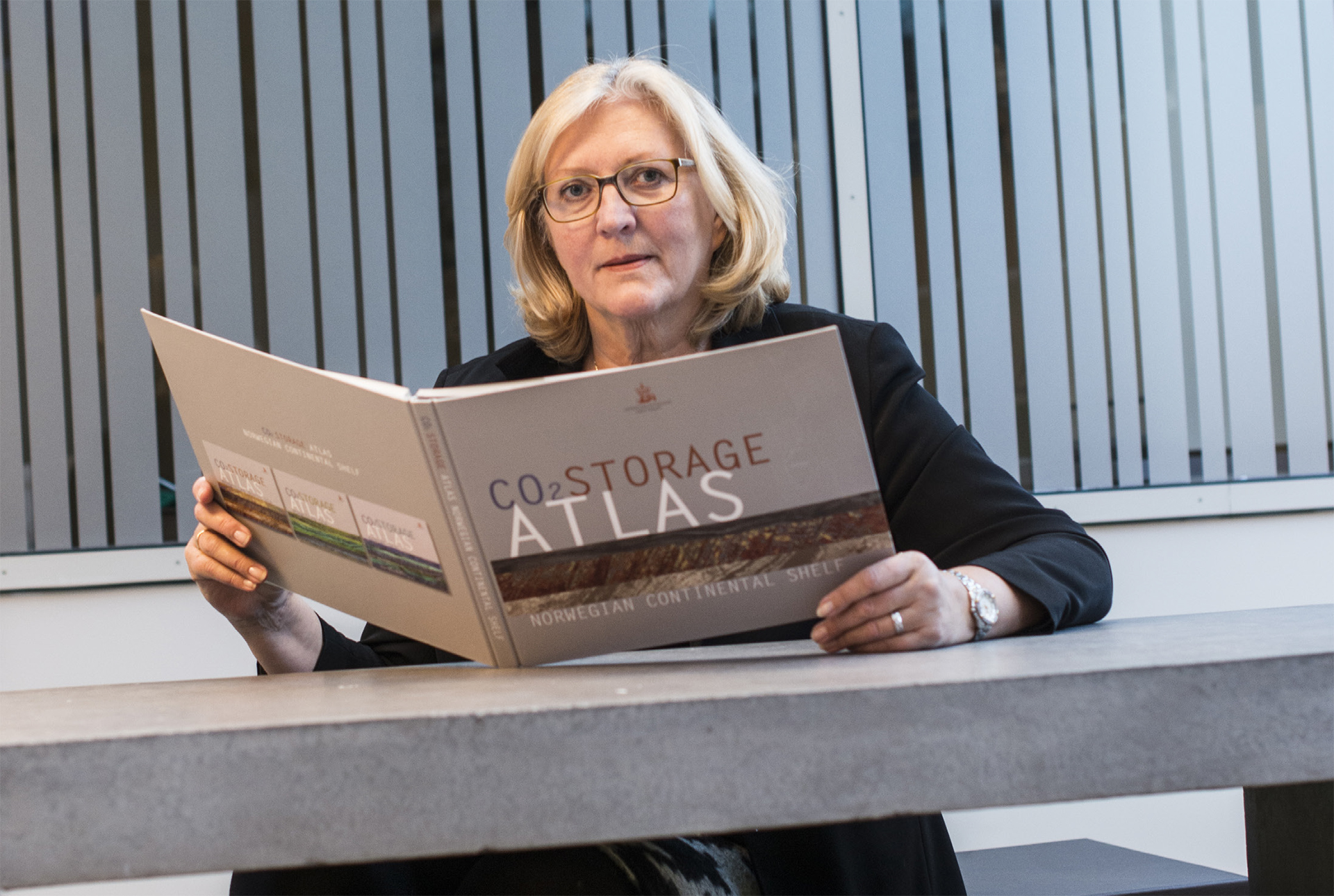 Experience.
Eva Halland has a geology degree from the University of Bergen and joined the NPD in 1984, where she has held a number of specialist and executive posts. She began heading the CO2 project in 2009.

Halland heads the NPD’s project for CO2 deposition, which is fundamentally about keeping the planet clean so that it remains habitable and provides humans with a good life.

“We must adjust ourselves to becoming pollution-free,” she affirms.

Confronted with the claim that global CO2 levels have been higher in earlier eras, Halland points out that humans did not occupy the planet at these times.

“Today’s position is different. To the extent we can do something about CO2 emissions, it must be done. Recognition of this necessity is growing in many countries.

“The consequences of not doing anything could be serious in both climate and economic terms. Delicate balances could be destroyed.”

While the public debate in Norway might give the impression that Norwegians are alone in recognising this, that is not the case.

Halland points to a number of other countries which are increasingly taking these issues seriously, from Arab oil producers to China.

The question is where Norway lies in the race to find good and intelligent solutions. Halland says it is well ahead in terms of thinking and acting because the country started earlier and has more stringent regulations than many other places.

She points to the CO2 deposition projects on the Sleipner fields in the North Sea and the Snøhvit development in the Barents Sea.

These demonstrated that the greenhouse gas can be stripped from the wellstream and injected in dedicated formations. Halland adds that the NCS offers a number of storage opportunities.

Norway is currently pursuing a full-scale carbon capture and storage (CCS) project in the Grenland industrial region south of Oslo, with CO2 being carried by ship to an intermediate store.

Located at Kollsnes in Øygarden local authority outside Bergen, this facility will then be linked by pipeline to a subsea well on the Johansen formation south of the Troll gas field.

Equinor has sought permission to use this structure as a depository for CO2, and that application is now being considered by the Ministry of Petroleum and Energy.

With Shell and Total as partners – see the separate article – this commitment is being made with the aid of public funds voted by the Storting (parliament).

Halland says it is worth noting that efforts to find CCS solutions extend beyond the oil sector, with industry on land showing ever greater interest.

Attention in the Grenland project is concentrated on CO2 from cement production and from energy generation based on waste incineration.

Halland notes that good solutions will depend on putting projects in a value chain. Future progress needs good interaction between politicians and industry and sharing experience between countries.

She is constantly on the go as an adviser to developing countries and as a participant in collaboration meetings between nations around the North Sea.

A recent trip took her to Australia, where she saw several CCS projects. The most specific was on the Gorgon gas field in Western Australia, operated by US oil company Chevron.

Water is being separated out there for storage in a separate reservoir, while CO2 gets removed and injected in a yet another formation.

That brings the conversation onto two tracks – storing CO2 in order to get rid of a troublesome gas, and its use as pressure support for petroleum production.

“It all starts with our ability to store CO2,” emphasises Halland. “That’s the foundation for a value chain.”

The full-scale project for storing CO2 near the Troll field in the northern North Sea is due to be completed in 2020-21.

“Once the storage element is in place, we can start thinking about this gas as an instrument for improving recovery,” Halland observes.

“But that’ll be a matter of politics and economics. Naturally enough, the challenge will be to create a commercial basis for CO2 value chains.”

Taking a look back, she praises the generation of politicians who established a Norwegian oil and gas regime where gas flaring was banned.

This has been fundamental to Norway’s attitude towards resource management, and Halland places future handling of CO2 in such a context.

The NPD will be a prime mover in establishing a pilot project for using the greenhouse gas as pressure support in order to improve petroleum recovery.

CO2 has an interesting potential in this context on the NCS, and its suitability for the role in both sandstone and carbonate reservoirs has already been documented.

Both Canada and the USA currently have several producing fields with such pressure support, and Halland says Norway has something to build on and learn from.

But the country belongs today in the front rank internationally for CO2 storage. And few bodies, if any, know more about the NCS than the NPD.

“The detailed information we possess about every licence and well in these waters gives us a fantastic overview and knowledge,” Halland points out.

“With our field and well data, we know where the storage opportunities exist. That’s something we can learn not least from dry wells.

“Our production information will also help us to understand where injection and pressure support could work. Factual field data is essential if we’re going to achieve CO2 solutions.”

She adds that much of the commitment so far has related to establishing criteria. And the NPD has also produced a CO2 atlas – initially for the North Sea, and then the whole NCS.

This is a key tool for seeing and understanding the opportunities, Halland says. “If we achieve a good full-scale project, I’ll really start feeling optimistic.” This is a matter of knowledge, whether the aim is to find oil and gas or to get rid of CO2 in a way which might also open new commercial opportunities. 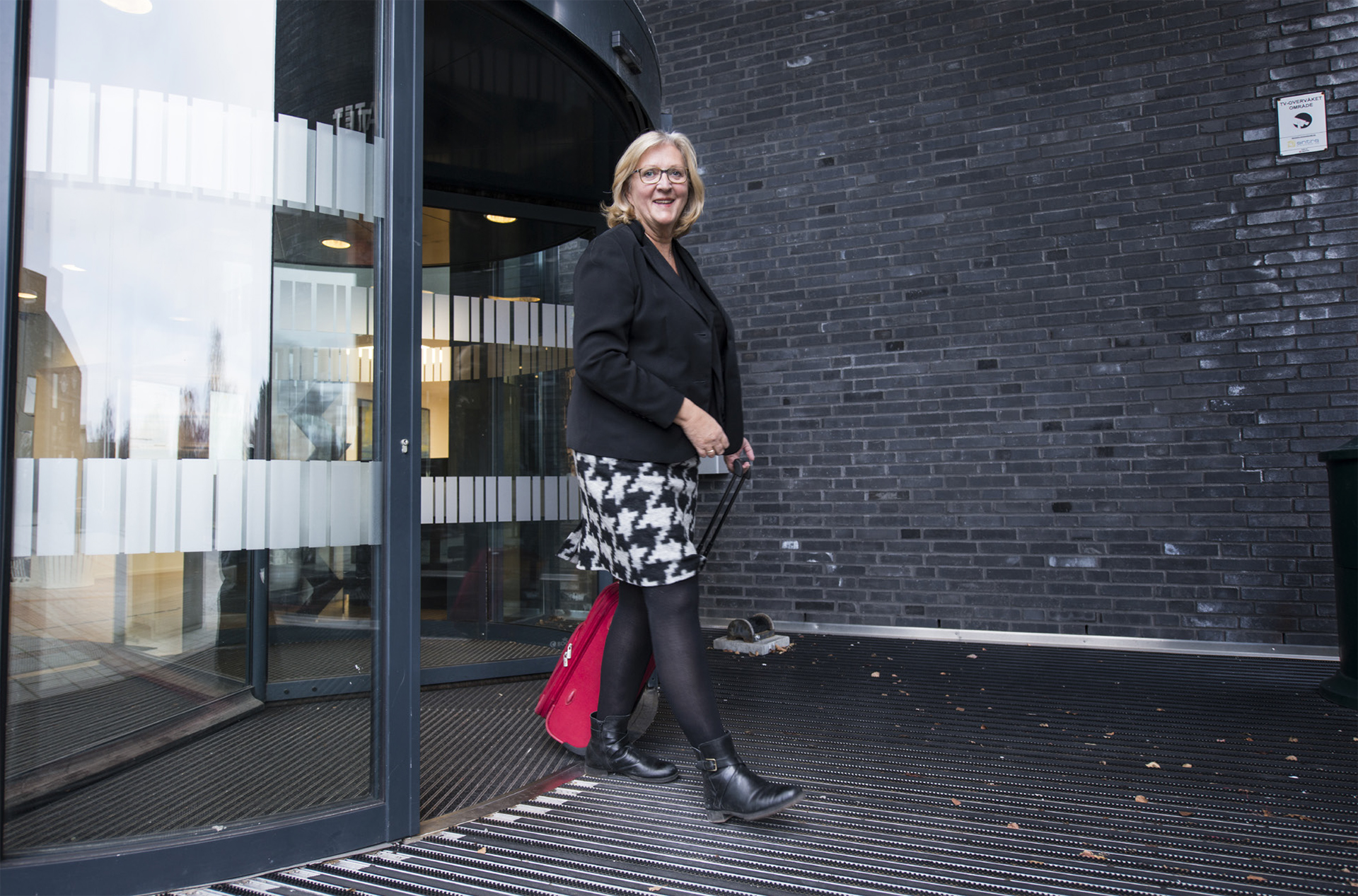 Exploitation.
“Once the storage element is in place, we can start thinking about this gas as an instrument for improving recovery,” says Eva Halland.

The first licensing round for injecting and storing carbon dioxide on the NCS was announced in 2018. This is seen as a breakthrough for good environmental and climate policy, and an important extension of Norway’s offshore licensing system.

When the deadline expired in September, one application had been received from the Northern Light project being pursued by Statoil in cooperation with Shell and Total.

This aims to use the Johansen formation south of the Troll field in the Norwegian North Sea as a depository and storage facility for CO2.

The site lies in block 31/5, which was awarded to Statoil, Norsk Hydro and Saga Petroleum as one of three blocks covered by the second licence – PL 085 – for the Troll area.

It supplemented the PL 054 licence awarded as part of Norway’s fourth offshore licensing round with Shell as operator, where huge volumes of gas were identified in Troll during 1979.

The NPD and Gassnova conducted seismic surveying in the 31/5 area during 2008 to map and confirm possible structures which could serve as a CO2 depository and store.

At that time, the aim was to identify potential sites for storing CO2 captured from the Kårstø gas processing plant north of Stavanger and/or the Mongstad refinery near Bergen. 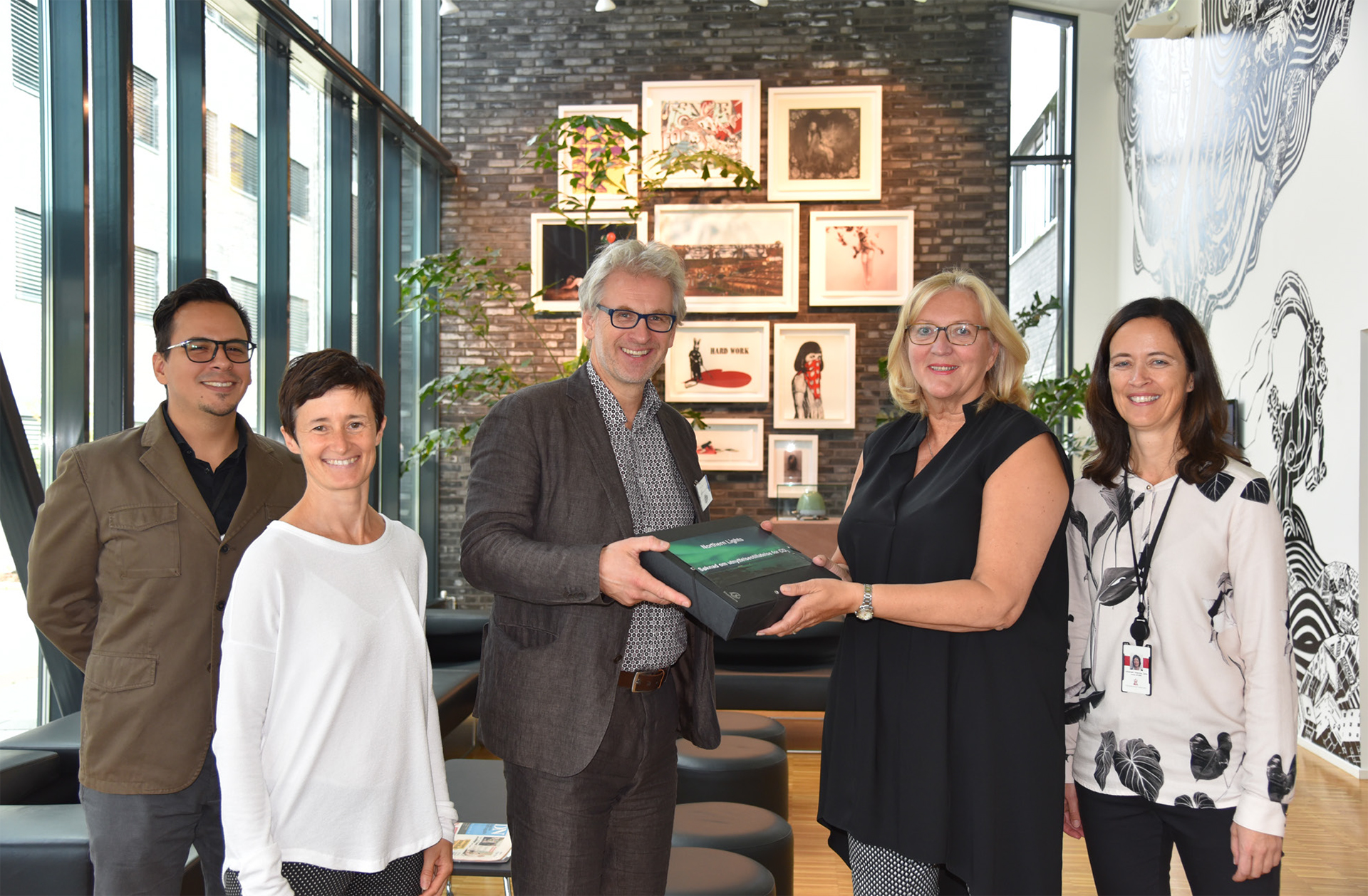 Storage scheme.
A first-ever application for a licence to inject and store CO2 on the NCS was submitted recently by Equinor together with partners Shell and Total. From left: Diego Alejandro Vazquez Anzola (Shell), Laurence Pinturier (Total) and Per Gunnar Stavland (Equinor) with the NPD’s Eva Halland and Wenche Tjelta Johansen.
(Photo: Arne Bjørøen)