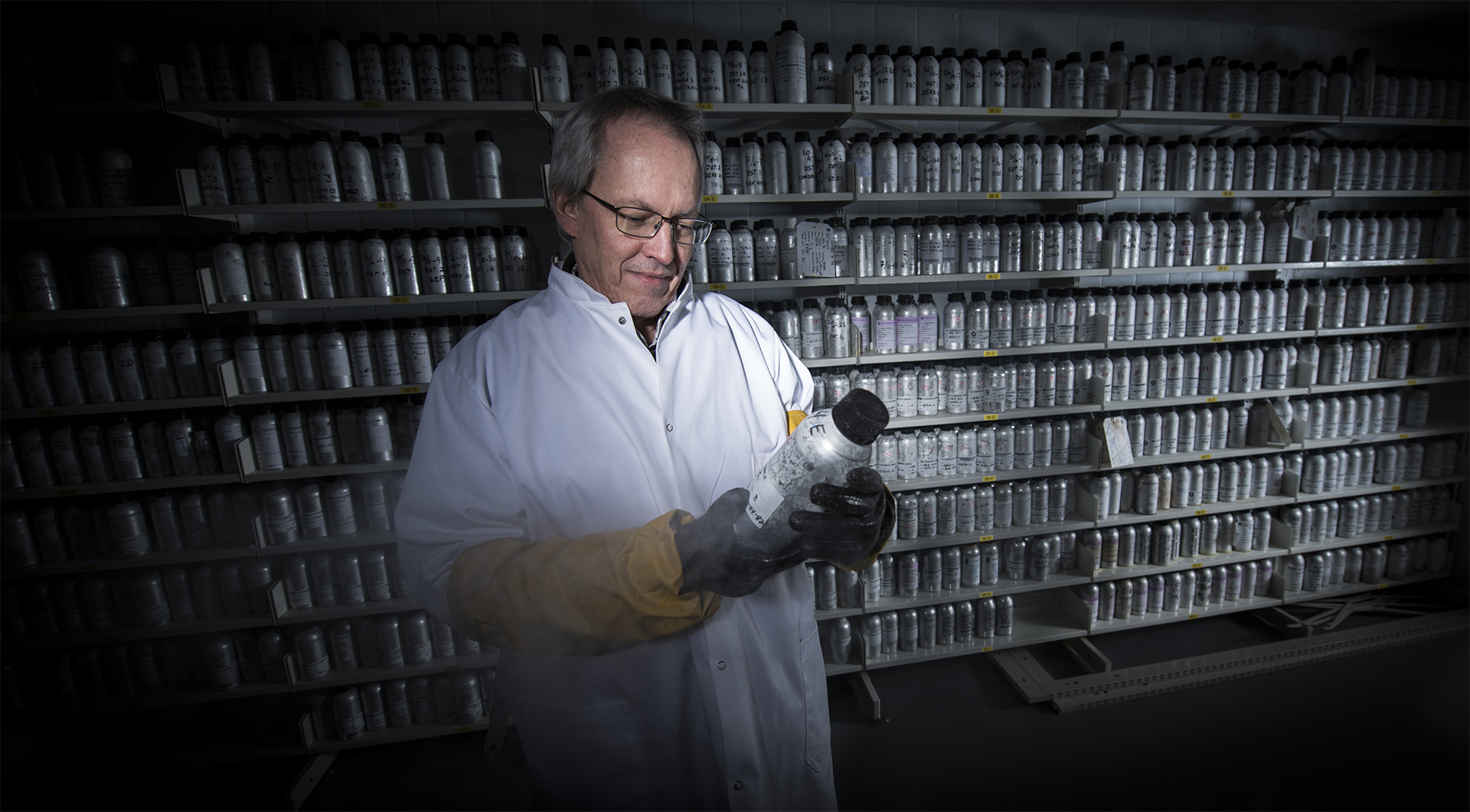 Banked.
Robert W Williams in the refrigerated store which contains more than 1 000 oil samples. Along with the cores and microfossils held by the NPD, these have been redesignated the Geobank.

Valuable oil samples from virtually every field and discovery on the NCS are stored behind a heavy metal door in the NPD’s basement, in temperatures down to -25°C. A few drops at a time for analysis can be provided on request to aid the hunt for petroleum.

The NPD’s rock store has quite a reputation. Cores from almost all the wells drilled on the NCS are contained in wooden boxes in something which resembles an Ikea layout.

Geologists from oil companies visit almost daily to study these objects. But the store contains more than cores – so it has now been renamed the Geobank.

A growing number of companies are also requesting drops of oil from the roughly 1 000 flasks holding samples provided by 95 per cent of all Norwegian fields and discoveries.

These must be kept refrigerated to ensure that the oil survives for as long as possible. Since oxidation can destroy it, oxygen has been replaced with argon in the flasks.

“We supply at least one company a week,” says NPD palaeontologist Robert W Williams. “They used to get two millilitres, but we’ve had to halve that because of increased demand.”

He explains that oil comprises a chain of carbon atoms arranged like pearls on a string. These are surrounded by hydrogen atoms and the longer the chain, the thicker the oil. A single carbon atom forms the simplest hydrocarbon – methane.

“The companies use gas chromatography to measure the quantity of each component in an oil sample,” Williams explains. “It’s like a fingerprint. Such analyses can also say something about reservoir properties and the routes taken by the oil.”