Seizing the chance to get happy

A TV series about the beginnings of Norway’s oil industry has finally been seen in Norwegian homes after winning prizes and praise abroad. And Mette Bølstad, scriptwriter for Lykkeland – or State of Happiness – has material for several seasons more. 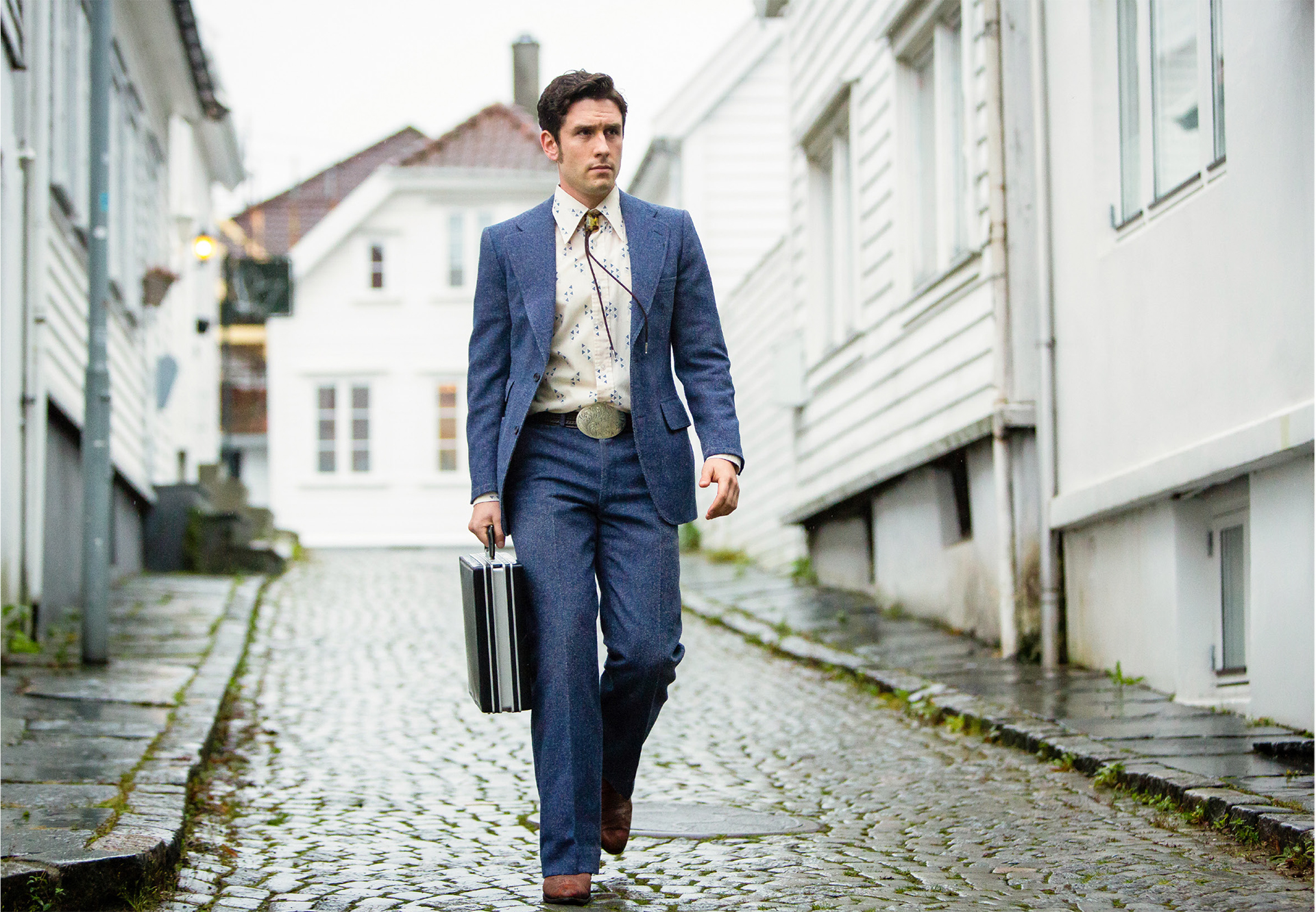 Jonathan Kay, the young Phillips lawyer sent from the company’s US head office to Stavanger – the town with “no winter, no summer, no bars”. He is played by British-born actor Bart Edwards.

The production has been largely well-received in the Happy Country as well – even though Stavanger residents of the right age cannot recall that the pietistic chapel culture was so strong then.

They also note that upper-class people depicted in the series fail to speak in the local Stavanger dialect, the way they actually did in the late 1960s.

Its eight parts take the viewer from 1969, when Phillips Petroleum tried to evade its last committed well – which found Ekofisk – to 1972 when trial output from this huge North Sea field was in full swing.

An insight is provided into the way Stavanger politicians, under the leadership of mayor Arne Rettedal, and business leaders such as shipowner Torolf Smedvig, responded at record speed when they saw opportunities to attract a new industry.

The series records how the locally important canning business faced major problems – and how individuals seized the chance to participate in a fresh adventure.

But this is not a documentary – that has already been made. The story emerges here as a drama which follows developments through characters who engage the viewer. 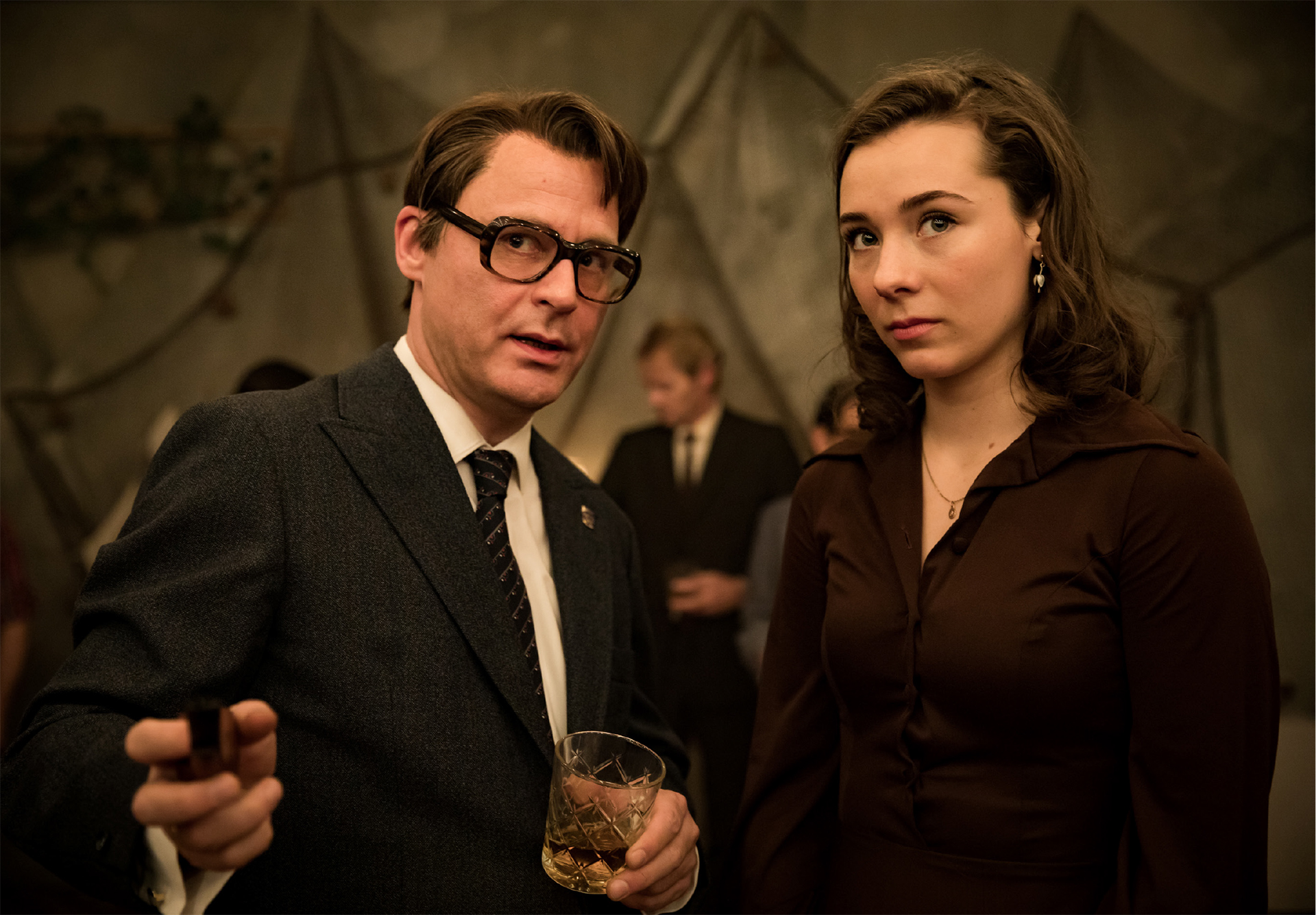 Vegard Hoel plays legendary Stavanger politician Arne Rettedal with great conviction, while newcomer Anne Regine Ellingsæter has won much praise for her interpretation of Anna Hellevik, his secretary. She took the leap from the rural community of Dirdal to the city of opportunities.

“I like to delve into other people’s reality,” explains Bølstad. “This means I’ve had to become ‘fluent in oil’. That takes a long time.

“I’ve got to know enough to be able to carry on a conversation with those who’ve been involved in the story, and to ask the right questions.”

She has used many sources, including the digital archive at local daily Stavanger Aftenblad and Stig S Kvendseth, vice president communications and government relations at ConocoPhillips.

His book Giant Discovery. A History of Ekofisk Through the First 20 Years provides a good historical review of the early period.

“These include a diver, ‘oil oracle’ Bjørn Vidar Lerøen [former oil journalist and long-serving communications staffer at Statoil] and the NPD.

“Among others are Piers Crocker, head of Stavanger’s Canning Museum. I’ve familiarised myself with the city – and been there a lot.”

This is the town with “no winter, no summer, no bars,” as one of the characters in the series says of Stavanger in the first episode.

“I had to decide where the various players were to work,” Bølstad explains. “Phillips got a lawyer – there wasn’t one among the company’s first three employees in Stavanger.

“I decided to use that twist in order to get to grips with the Norwegian regulations and to find a way to involve Arne Rettedal, the legendary local and national politician.” 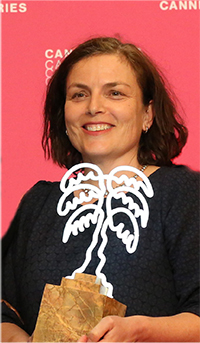 Scriptwriter Mette Bølstad with the prize she won for best script at the new Cannes International Series Festival in April 2018. Lykkeland also won the prize for best music. Bølstad already has material for several more seasons.

A big experience for the scriptwriter was a visit to Ekofisk itself, and she describes flying out to the field as “fantastic. We flew low. It was 07.00. Into the cloud layer – the sun came up – seeing the first platforms was magical. I’d been involved with this for three years, had a strong relationship to it, and now saw the field.

“I was on an old platform – Charlie – where time has stood a little still. I also saw many of the new installations, which are pretty high-tech. “But it was the mechanical technology which kicked off our economic growth. Those working there were seafarers, men who knew how to run tractors, who knew a lot, had the muscle.”

Bølstad observes that operations on the field are so quiet today compared with the reality in 1969-72, when the work was really noisy.

“So it was lovely to come out to the Charlie installation, where some of the dirty, masculine noisiness still persists,” she affirms.

“I haven’t wanted to tell a behind-the-scenes story. This is based on fact. We haven’t compromised on the historical detail to get the drama to function.

“You use your characters to convey something important. The main thing is to tell a story which allows us to understand ourselves.”

“It’s also important to have a social perspective – to grasp where our prosperity comes from. Our aim was to present a region moving from poverty to riches.”

“We came up with the title a long time ago,” says project manager Tone Rønning at the Norwegian Broadcasting Corporation (NRK), which made the series.

“The original proposal was Miracle in Stavanger. Oil is clearly indissolubly linked with our economic good fortune. There’s a lot we haven’t had to worry about because of it.

“We can naturally show this in documentary format. But a drama allows us to present the past through the people – we get inside their heads and hearts, which has many advantages.”

Since contemporary Norwegians can see the consequences of the petroleum industry, this is not the heart of the story, Rønning explains.

“Its core is about innovation, about seizing the new opportunities. This is about daring to believe that the fairy tale can come true tomorrow.” 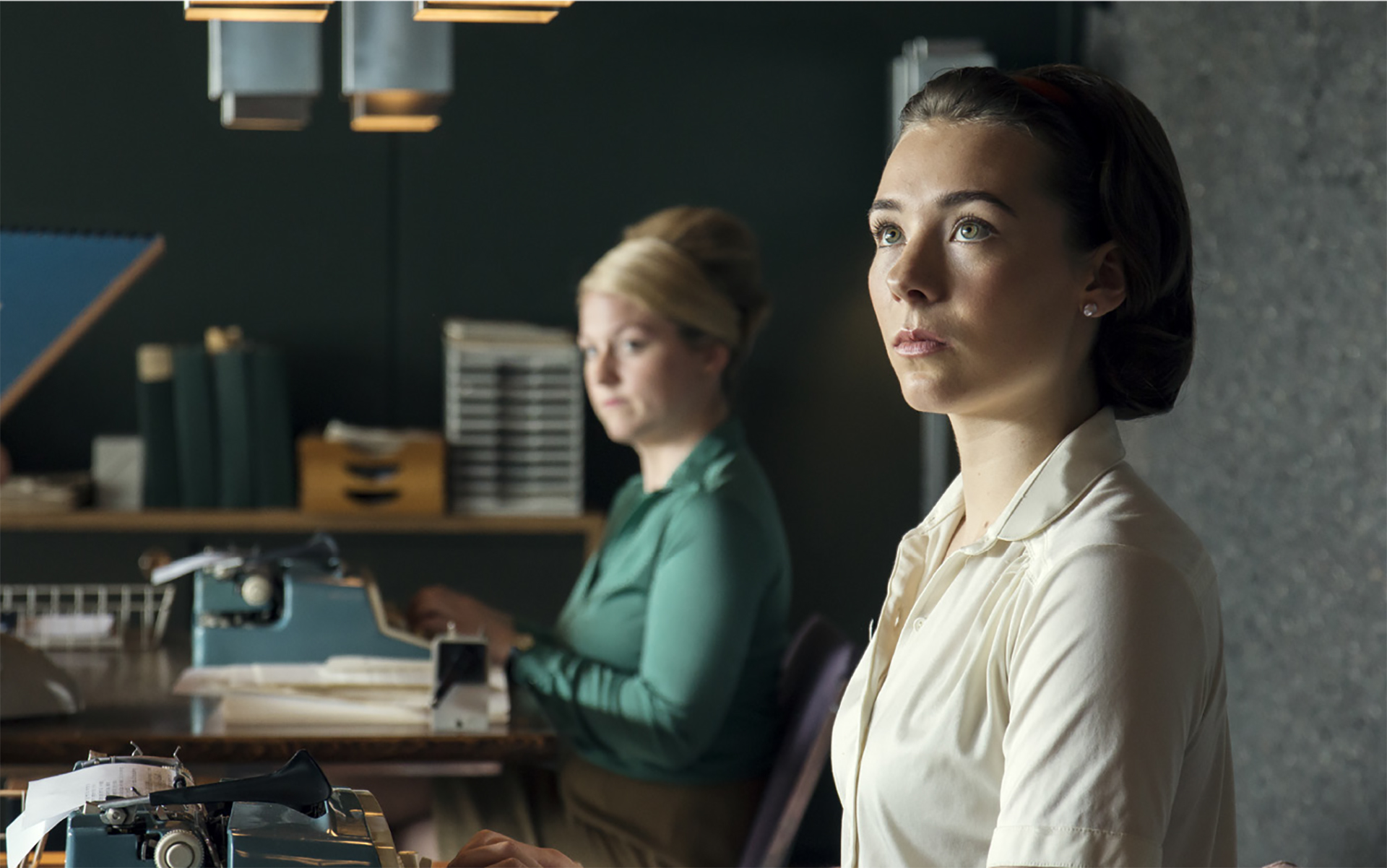 Anne Regine Ellingsæter had to learn both shorthand and typing for her role as Anna Hellevik, Arne Rettedal’s secretary. Bølstad’s mother dug out her old textbooks from the 1950s and served as a demanding teacher. 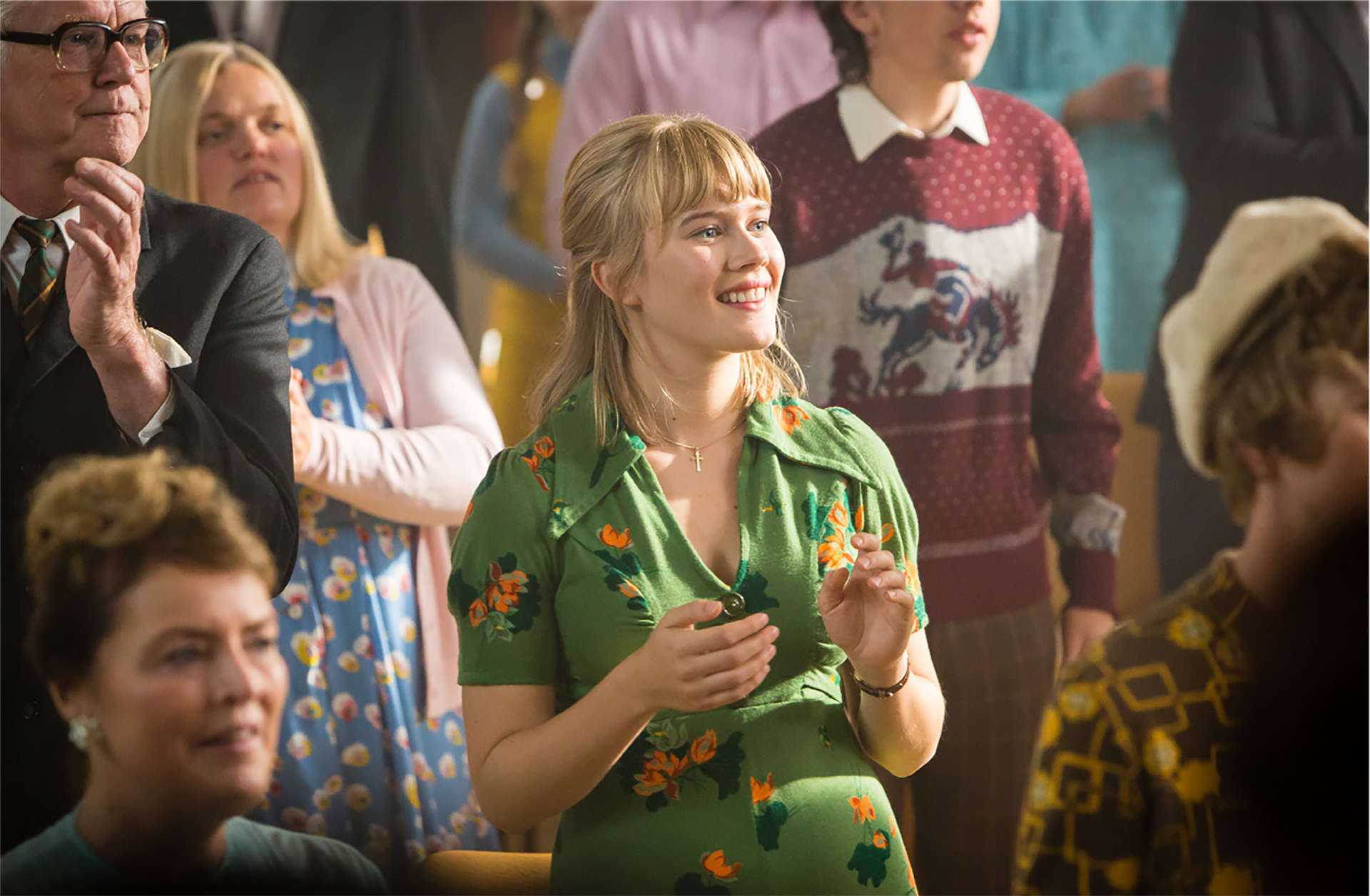 Single mother Toril Torstensen, played by Malene Wadel, is a cannery worker with a background in Stavanger’s pietistic chapel culture. She thereby represents two of the town’s important communities at the time. 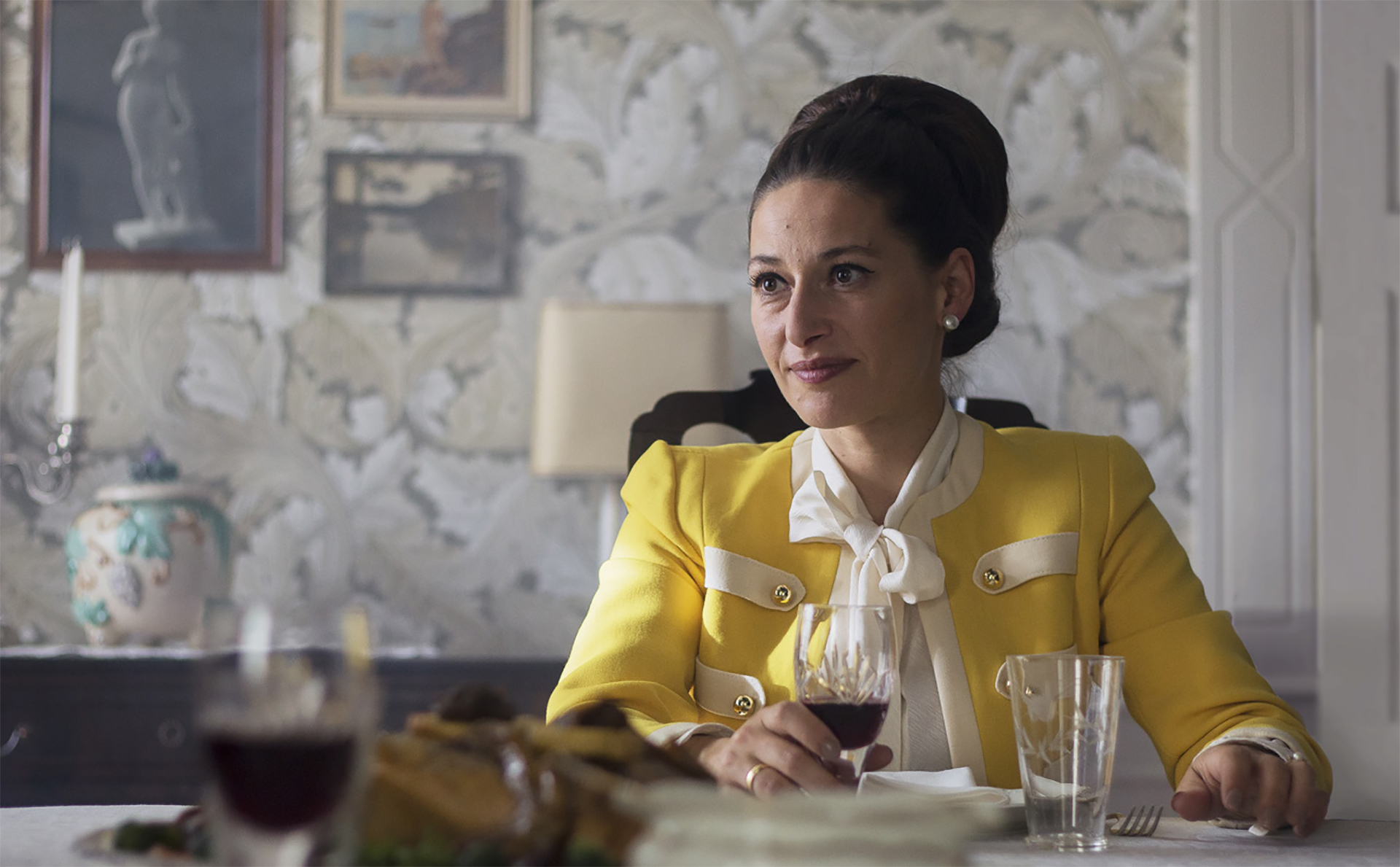 Pia Tjelta has said she loved the role as upper-class wife Ingrid Nyman. She is one of Norway’s most sought-after actors, and has won great acclaim for her performances on both stage and screen. 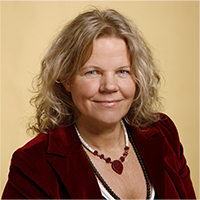 Tone Rønning and the NRK have yet to decide whether to commission more seasons of Lykkeland.

The NRK spends a lot of money on drama, Rønning points out, so it is important that this output makes its mark. Drama has its justification when it sets the agenda.

She adds that that management expectations at the NRK are crystal clear: “Deliver a world-class product. Our audience doesn’t judge Norwegian drama against other home-grown products, but with the best it sees – and that comes from the whole world.”

Bølstad would be happy to produce more seasons of Lykkeland. But any decision to continue would be up to the NRK, and Rønning says that nothing has yet been fixed.

“We have many good projects and stories waiting to be realised. Tough and brutal priorities have to be set between these.”

Viewing figures are not the only consideration which guides what the NRK does, she emphasises. Its social mission must also be taken into account, and then its strategy.

“But it obviously helps that we reach those we want to reach, that they like what they see and that they feel they get value for their licence fee.

“We must have that much respect for the audience. But we can’t take decisions on the basis of viewer numbers. Our goal is to bring people together around shared experiences.

“We want to make them aware of our common history and – which I think is important – stand on history’s shoulders when we we’re going to leap into the future.”

Rønning says the NRK hopes that Lykkeland provides such a shared experience and an understanding of Norway’s history, which is a very important foundation for national prosperity.

“We started work on the series at a time when oil prices were on the way down, just as the fishing industry was in decline back in 1969.

“And we face the same dilemmas today – how far should we continue doing what we’re used to, or jump in at the deep end and seize the new chances. “That’s where I find Lykkeland a fine inspiration precisely for grasping the opportunities, and not simply sticking with the safe and familiar.

“We must be very grateful for the politicians we had back then. They were concerned with jobs for the whole country – and that oil should benefit the entire nation.”