Installation of the Aasta Hansteen facility opens a new province and a new chapter for gas deliveries from Norway.

This opens fresh opportunities for the northern Norwegian Sea. A number of existing discoveries in that area can be tied back to the new platform. Increased exploration in these waters have borne fruit. And activity there should now intensify after the hub has been put in place.

Being readied to come on stream this autumn, Aasta Hansteen is due to serve as a field centre for nearby discoveries. The infrastructure has thereby been sharply upgraded.

Our coverage in issue also reports on an impressive slice of industrial development at Nyhamna in Møre og Romsdal country, where the Polarled gas pipeline from Aasta Hansteen comes ashore.

After processing, the gas will continue through the Langeled system to Sleipner in the North Sea and on to the UK to make sure that Britons can have “a nice cup of tea” and heat their homes.

The bulk of Norway’s gas deliveries to the UK – which meet some 20 per cent of British requirements for this commodity – come from Nyhamna.

Since Norway’s oil adventure began, we in the NPD have been concerned about how the petroleum resources should be managed. Since most discoveries contain both oil and gas, producing the oil first represents the intelligent approach.

The gas is injected back to drive out even more oil, which would otherwise be lost. It can now be produced as crude output declines. That is happening on a number of fields today, which explains why gas exports are growing – and becoming increasingly important for Norway.

Substantial undiscovered resources remain in the Norwegian Sea, as the NPD’s recently published Resource report exploration 2018 confirms. Finding these oil and gas resources is admittedly becoming steadily harder. On the other hand, technological progress lays the basis for new insights.

Another article in this issue reports on big opportunities offered by artificial intelligence. Digitalisation is rolling over the oil industry with full force, changing the way people work.

Combining geoscientific expertise and digital technology makes it possible to find new oil and gas deposits. The resource report shows that 47 per cent of total petroleum on the NCS remains to be discovered, with a substantial share in the Norwegian Sea. 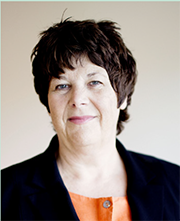