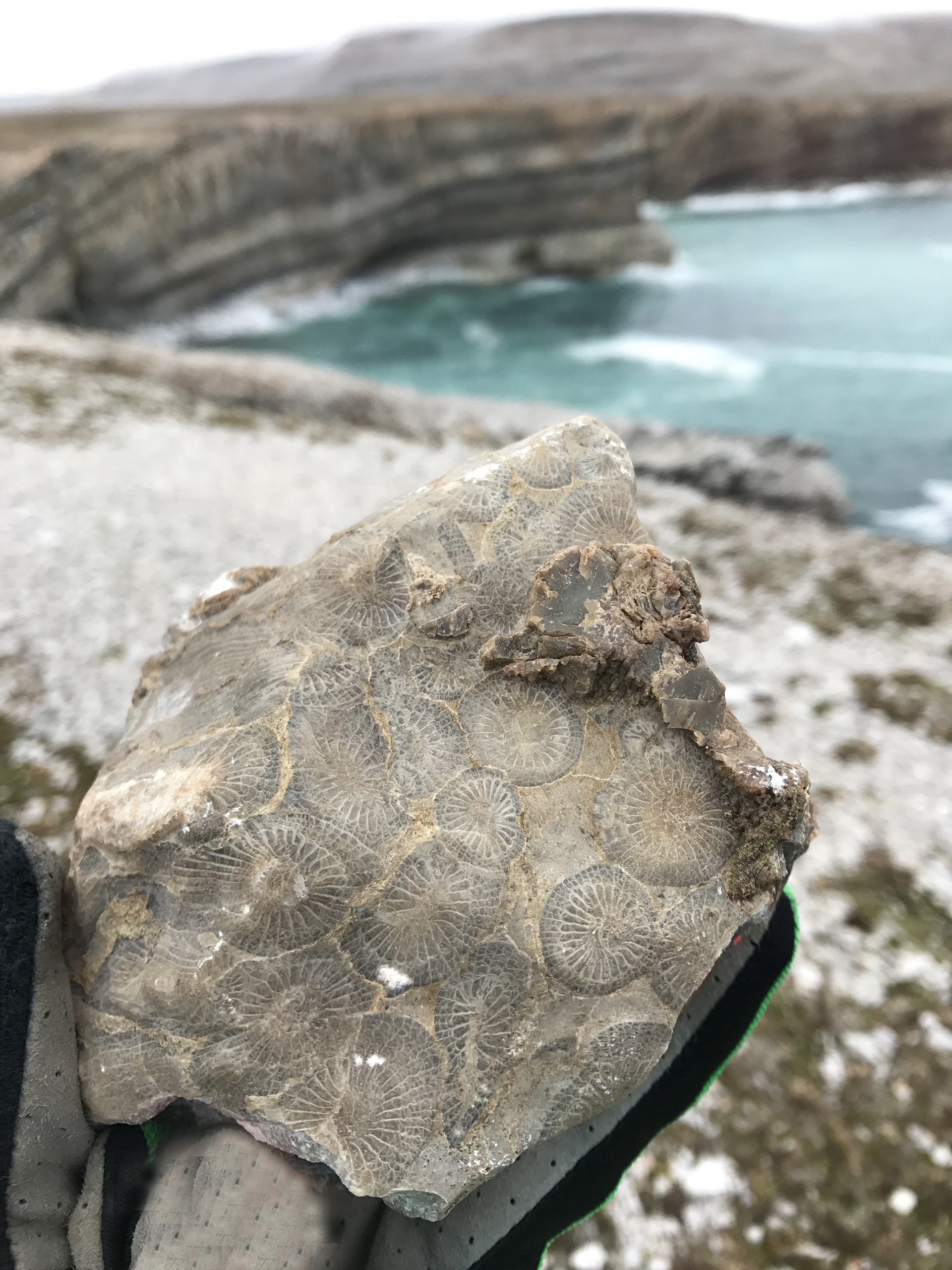 The photograph above shows a naturally polished rock containing the crosssection of a fossil coral colony. These creatures grew on reefs in the Late Carboniferous about 300 million years ago.

They probably belonged to the Rugosa order, which flourished in the tropical seas covering Bjørnøya at that time. Today, this island in Norway’s Svalbard archipelago lies above the Arctic Circle.

The photograph was taken at Ærfuglvika, a bay on the western side of the island.