A new technology centre in Aberdeen is intended to change the UK oil and gas industry. But its first job will be to solve today’s problems.

Granite city.
Aberdeen was also hit by the oil industry downturn.
Firm steps are now being taken to boost activity on the UKCS.
(Photo: Robert Perry)

The Scottish port is undoubtedly the centre of Britain’s oil industry. Service company advertisements adorn the terminal walls at the airport, and their offices line the road into town.

Down in the harbour, the supply ships queue up to berth, while helicopters shuttling to and from the North Sea oil fields can be spotted in breaks between the clouds.

Aberdeen has a long history as a trading centre and prosperous industrial town, with shipyards, textile and paper mills and a big fishing fleet.

Oil has been the dominant activity since the mid-1960s – for better and worse. As Stavanger has its Alexander L Kielland monument to the 125 dead in the 1980 accident, so Aberdeen has a rose garden to remember the 167 workers killed on Piper Alpha eight years later.

And, just as in Stavanger, the port has been hard hit by the oil sector slump. With tens of thousands of jobs lost, shops and restaurants stand empty along the main Union Street.

But local, regional and national government have now taken action. Fifty years and 30 licensing rounds since the oil age began, they have joined forces in a funding collaboration.

The result has been the commitment of GBP 180 million to a search for new technical solutions which can revive town, region and country.

This followed the recommendation by the 2014 Wood report (see Managing a UK oil future) for a stronger focus on technology to get more oil and gas out of the UK continental shelf (UKCS).

Sir Ian Wood, who called for that concentration, is now chair of the Oil & Gas Technology Centre (OGTC) newly established in his home town of Aberdeen.

This facility stands a stone’s throw from Union Street and is housed in a venerable mansion clad in the grey granite typical of the town, rather than a thrusting new building.

“Yes, we have lots of challenges,” agrees chief executive Colette Cohen, seated in the boardroom beneath the rooftop crosses which recall the Catholic bishops who lived here in the 19th century.

“But almost GBP 6 billion has been invested in mergers and takeovers on the UKCS over the past six months. And most firms have begun making money again, rather than just breaking even.”

She talks about unlocking these waters, the fact that large areas remain unmapped, and the need to test new plays instead of writing off the province as mature – if not overmature.

“I used to work for ConocoPhillips, and know that nine wells were drilled in the Ekofisk area of the NCS before that huge field was discovered,” she points out. “And it’s still producing.”

Norway’s discovery of its big new Johan Sverdrup field has not gone unnoticed in Britain either, and reinforces Cohen’s conviction that the UKCS is big and can hide many surprises.

The OGTC aims to help bring operators and technology companies together. While only five-six players operated on the UKCS in the 1980s, that figure is now up to roughly 60.

Many of these players are small, and have neither the organisation nor the financial resources to pursue research and develop their own technology.

Through the new centre, however, they can meet and share information as well as helping each other to test and adopt technical innovations.

One priority is to find ways to produce the 210 small discoveries on the UKCS – not all of them necessarily little, but too far from infrastructure and/or too complex to be commercial.

“By 2015, we envisage that Britain will have no stranded resources of this kind left,” says Cohen, and adds that this does not mean all of the 210 will be on stream by then.

But she believes methods for producing them will exist. Her goal is for companies and government to jointly create a “conveyor belt” of small field projects, with five to 10 of these being developed annually. 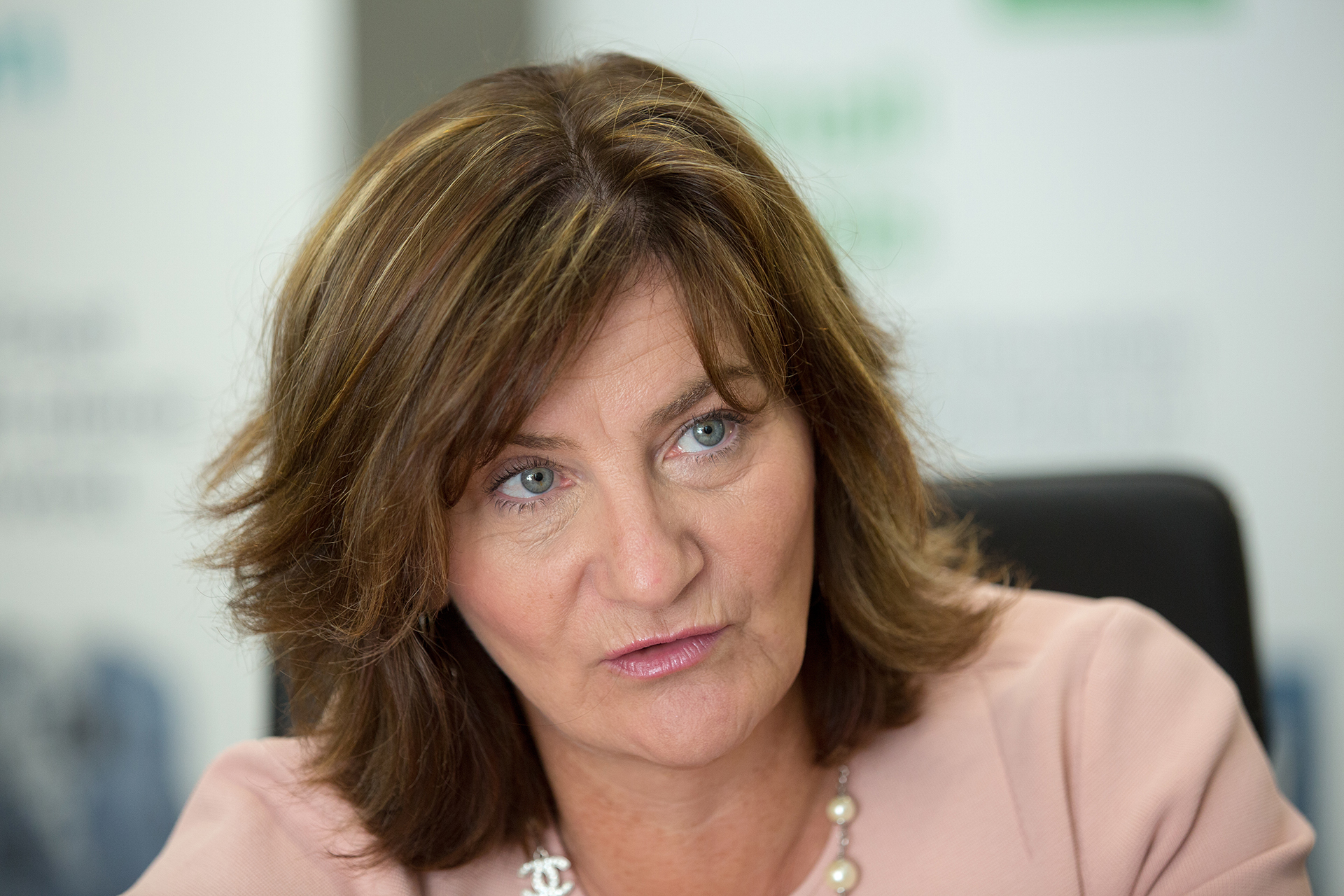 The centre has about 50 members, works with more than 100 technology companies and has evaluated over 300 different technical solutions since it opened in February 2017.

Far too many good ideas never get further than the drawing board or the laboratory today, Cohen says.

An important reason for establishing the OGTC is to get these tested and adopted offshore.

At least two operators are therefore always involved in projects run by the centre to reduce the financial risk for each company and improve opportunities for field testing.

The OGTC is in contact, for example, with Norway’s Interwell company, which has failed to get companies on the NCS to try out its well-plugging technology.

The Aberdeen centre has now brought together nine operators on the UKCS to back this concept, with a field test planned for 2017 and a couple more in 2018.

“Within two years, I hope we’ll have acquired a stable portfolio of projects in all our priority areas and that we’ll be running perhaps six-seven field tests annually,” says Cohen.

The OGTC wants to learn from other industries, and is collaborating with sectors which are far advanced in such areas as robot, laser and drone technology and the use of new materials.

They could contribute solutions which can, for example, inhibit rusting – a big problem for old installations on the UKCS and in society as a whole.

According to Cohen, some GBP 28 billion is spent in Britain every year on rectifying rust and other decay damage on buildings and infrastructure.

Alongside working to develop small discoveries, halve drilling costs and inhibit rusting, the OGTC is concentrating its efforts on digitalisation and the disposal/removal of platforms.

Where the last of these issues is concerned, Cohen argues that big sums could be saved by removing unused components from an installation while it remains on stream.

The alternative is to return to platforms after they have been decaying for several years and revive them so that they can be plucked apart.

But the centre’s long-term goal is to change the way the offshore industry works through automation, remote control, changed materials and more subsea technology.

Cohen believes the oil sector must become part of a low-carbon future, with reduced emissions and a smaller environmental footprint in general.

She envisages oil and gas flowing in future from remotely controlled, unstaffed subsea installations which can be relocated and reused.

“For the industry to be viable and socially acceptable in the future, it must change the way it thinks. But we appreciate that the first objective has to be today’s problems.

“If we can’t get costs down and ensure that the industry becomes more sustainable, so companies want to invest in it, we won’t be here tomorrow in any event.”

And tomorrow’s prospects are precisely why local government and education institutions have contributed people and money to the centre.

The aim is to ensure that the specialist communities and supplies industry built up in this part of Britain will continue to prosper, rather than fade and die.