Still much to find on the NCS

The latest resource report from the NPD shows that oil and gas production is set to increase in the future. But new and larger discoveries must be made to maintain output after the mid-2020s.

A lot of petroleum is left on the NCS, the report finds, and says that big opportunities remain in both mature and less explored areas.

However, the companies need to explore – and discover – more if Norwegian oil and gas production is to be sustained at current levels over time.

“It shows that, after more than 50 years of activity, about 55 per cent of anticipated oil and gas resources have yet to be produced. Of these, just under half have not even been discovered.”

Undiscovered resources are put at 4 000 million standard cubic metres of oil equivalent, which corresponds to about 40 fields the size of Johan Castberg.

The NPD expects roughly twothirds of the undiscovered resources to lie in the Barents Sea, with the rest divided between the North and Norwegian Seas.

“The figures tell us that opportunities on the Norwegian shelf are great and could provide the basis for oil and gas production for decades to come,” says Stordal.

“The authorities facilitate regular access to acreage through licensing rounds. The industry has shown considerable interest in the most recent rounds and, after a few years of less exploration activity, we are seeing this pick up again. That’s important for the resource potential to be proven and produced.”

According to the NPD’s analyses, exploration has been profitable in all parts of the NCS. Stordal emphasises that it is therefore important for the companies to continue exploring actively in both known and less familiar areas, and that a diverse range of players contributes to this.

One trend in recent years is that discoveries have been smaller than before. Oil and gas deposits are also becoming harder to find.

“This development will continue,” observes Stordal. “The combination of better geotechnical expertise and digital technology will probably become the key to identifying new resources in the years to come.”

The report presents a number of analyses which will form part of the knowledge base for both government and industry. They aim to provide a foundation for learning and good decisions which can help to maintain exploration and the level of production. 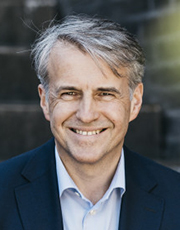