Big assets remain to be recovered from the NCS, says Bente Nyland on stepping down after 12 years as director general of the NPD. That is fortunate for Norwegian prosperity, since no genuine alternative exists at present. 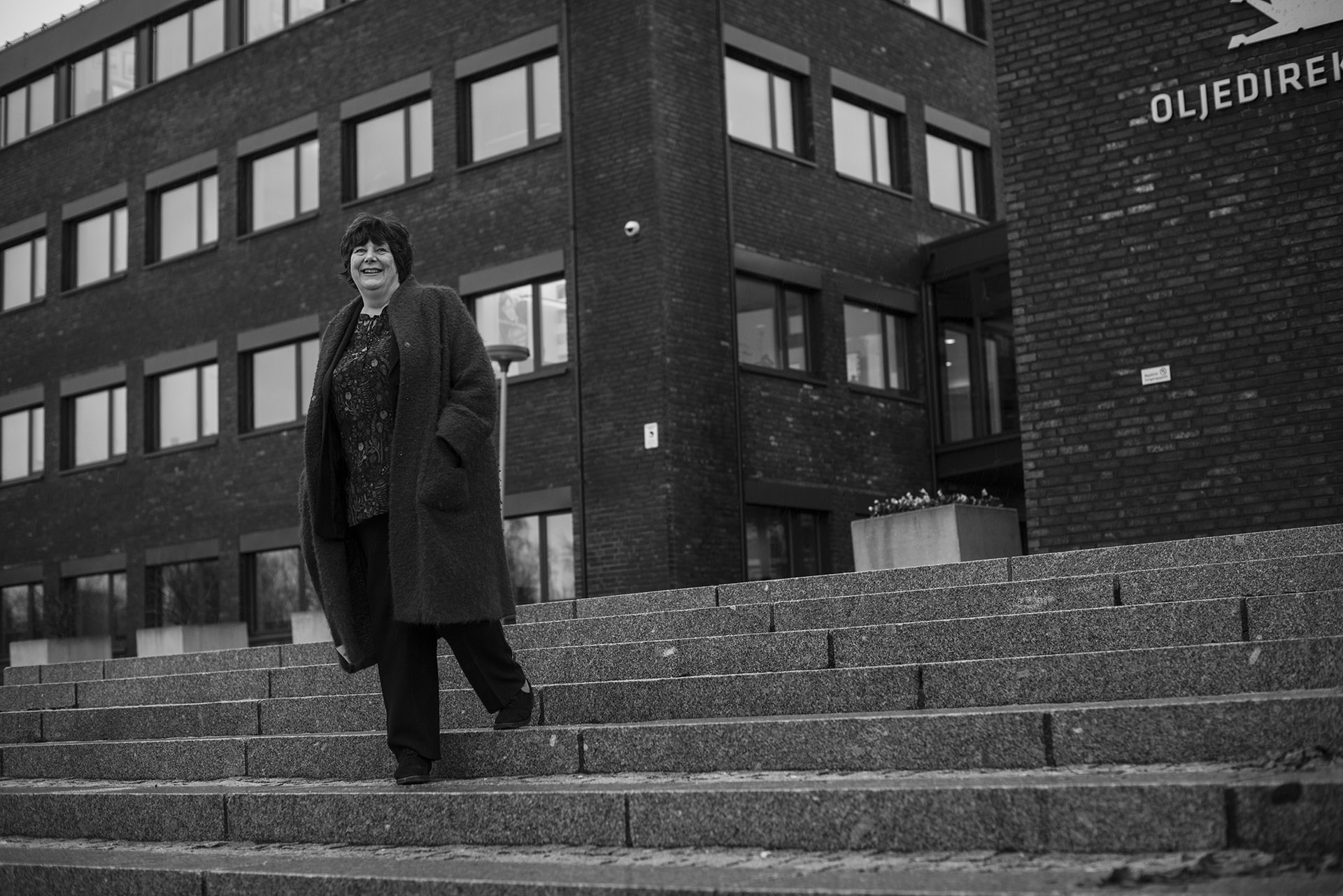 Checking out. “It’s up to others to deal with the future now,” says Bente Nyland after completing two terms over 12 years as director general of the NPD.

Nyland has just started clearing her office when we meet in a grey, rainy Stavanger, the day after Sylvi Listhaug became the eighth petroleum and energy minister appointed during her watch.

But it is likely to be her successor who welcomes the Progress Party politician to the NPD. Listhaug’s seven predecessors during Nyland’s time in office began with Odd Roger Enoksen.

She was then acting in the job. He was followed by Åslaug Haga, Terje Riis-Johansen, Ola Borten Moe, Tord Lien, Terje Søviknes and Kjell-Børge Freiberg. The first four belonged to the Centre Party, and the last three to the Progress Party.

Nyland joined the NPD as a geologist in 1989 and, including her service before taking the top job, she has experienced 21 different petroleum ministers.

She feels her time with the NPD has been fantastically interesting, and says she has “never felt any reluctance over going to work”.

It has also been a value-creating voyage for the NCS, with the government pension fund - global (the “oil fund”) swelling from NOK 2 000 billion to NOK 10 000 billion over the period.

Although this can sound like a continuous upward journey, it has not gone entirely smoothly.

When Nyland was confirmed as director general at the end of 2007, she called attention to dark clouds looming over Norway’s oil sector.

Her concern at the time was with declining oil production and a reduction in the size of new discoveries. And the climate debate was gaining greater prominence – of which more later.

When Nyland was given a second six-year term in 2013, she told Norwegian Continental Shelf: “[It] has begun with fresh clouds. The biggest worries for the companies now are costs and capital.”

And they had good grounds for such concerns. Costs were being driven up while oil prices fell, yielding a sharp downturn. The question today is whether history is repeating itself.

Nyland’s answer is unhesitating: “New clouds can usually be seen on the horizon. But they’re followed by sunshine. That’s the way this industry is – up and down.

“The picture today is characterised by a high and stable level of activity,” she maintains. “The clouds hanging over it are of a different kind.”

Again we turn the clock back – to early 2008, when the newly appointed director general noted that climate change was putting the petroleum industry’s reputation under pressure.

“Perhaps the biggest challenge in relation to the world at large is to explain what the petroleum sector is,” she observed to Norwegian Continental Shelf at that time.

“I think it’s a pity that the positive aspects often fail to emerge properly. It’s challenging to explain where this country’s wealth comes from.” 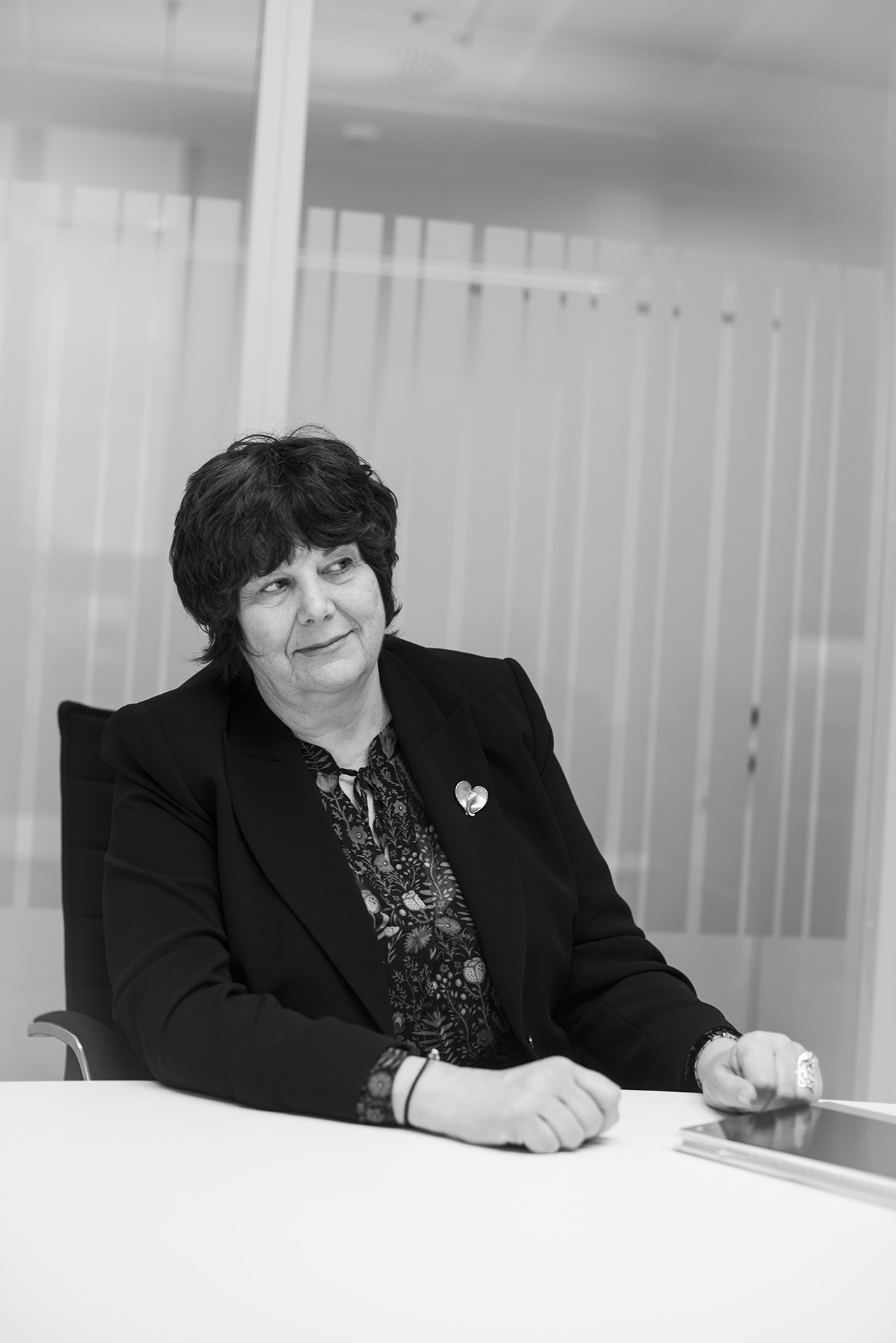 Cash in hand. Bente Nyland has participated in a period of substantial value creation on the NCS. During her term in office, Norway’s “oil fund” has risen from NOK 2 000 billion to NOK 10 000 billion.

But she was also very clear over the downside related to the industry’s operations, and gives a confirmatory nod when asked whether it remains the same today.

“It’s clearer than before that we’ve picked up speed on introducing electric-driven ships and cars. We’ve acquired a more diversified energy picture, which is sensible and necessary.

“But even if transport-sector requirements are reduced or phased out, demand for petrochemicals will persist. An unimaginable number of products are petroleum-based.

“The customer base is also expanding – just think of the population growth we’ve experienced globally. And what we’re going to live on after the oil is still unclear.”

Nyland notes that opinion is also split on the oil industry’s biggest project during her term – the massive discovery which became Johan Sverdrup in the North Sea, due west of her office.

Some have maintained that this field should never have been allowed to come on stream, and are calling for it to cease production as soon as possible.

“In the event, this would be the first time a profitable field is shut down,” Nyland observes. “If that’s the outcome of a democratic process, are people willing to pay the price?”

She still believes that an improvement potential exists for communicating a more nuanced picture of the petroleum industry.

“The model Norway’s politicians chose for taxing and regulating the oil and gas sector has resulted in prosperity being spread nationwide,” she says.

“Our role at the NPD is to tell politicians, the industry and others what the country can expect to find in terms of profitable resources.”

And a good deal of oil and gas remains in place – about half the total, according to the resource estimates published by the NPD. So the industry’s workforce needs constant renewal.

But clouds can be seen on the horizon there, too. Today’s media picture draws a more pessimistic picture on recruitment of young people.

They see dilemmas, but Nyland points out that worrying about such problems has been characteristic of the young throughout the ages.

“As a student in the 1980s, I was also concerned with environmental issues. Attention then focused on industrial discharges, hydropower development and pollution of nature.

“The issue today is rather different. If youngsters want to help reduce the environmental footprint, however, the petroleum industry could be a good choice. Remember that Norway’s a pioneer in health, safety and the environment, and in good management.” 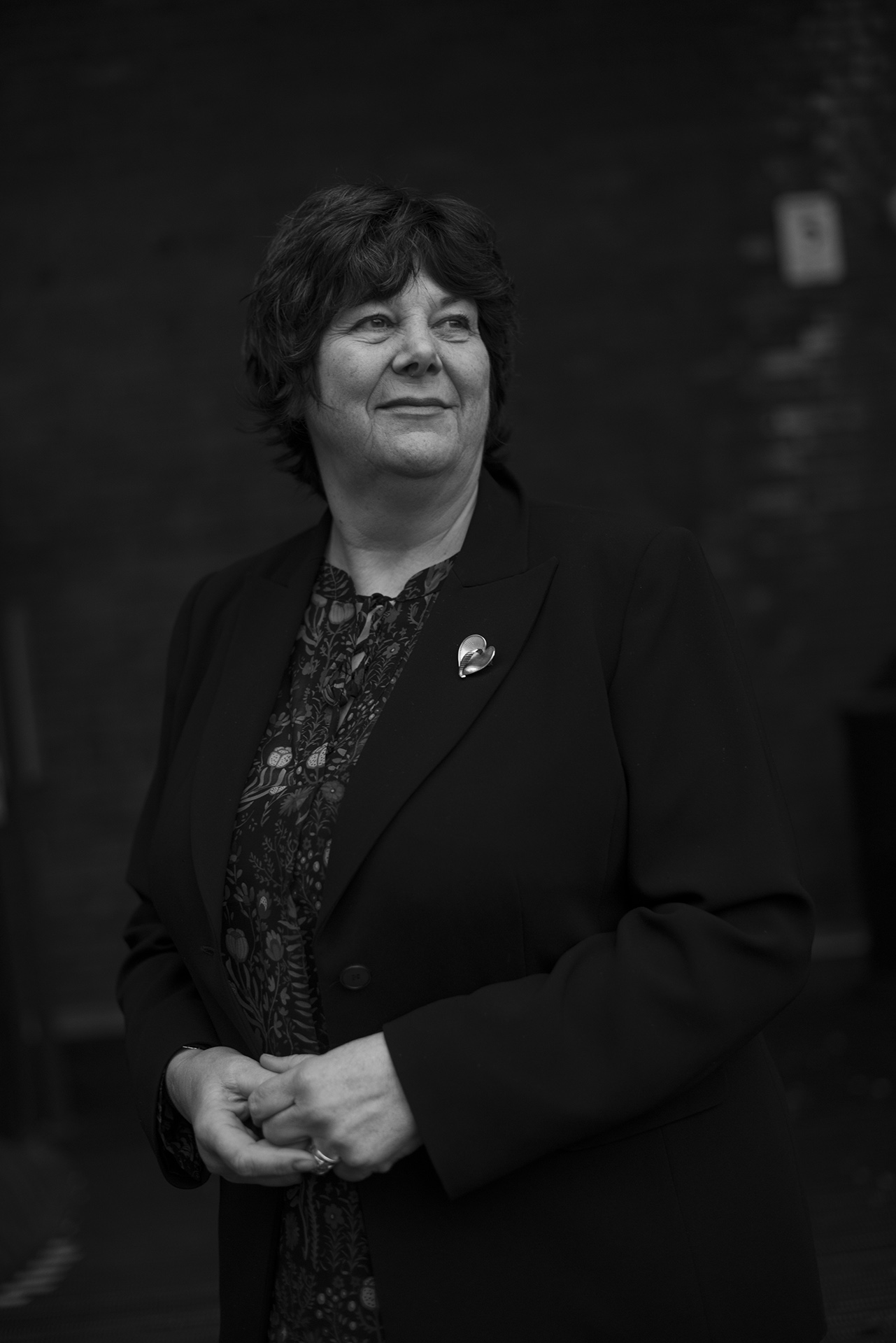 Grateful. “I’ve been backed by a fine organisation with dedicated and technically able colleagues,” says Bente Nyland. “The quality of the information I’ve received has never been in doubt.”

Today’s young people may be uncertain about what will be happening in the distant future, but the industry which is to employ them should be thinking and planning for the long term.

Nyland believes that the great majority are on track here. A long-term approach is essential for those in this industry – even though the era of the big discoveries may (perhaps) be over.

“We’ve now got to reap from what we’ve got,” she says, and registers that this is precisely what the companies on the NCS are doing.

She points to several examples which show that determination and long-term thinking can pay off.

“It’s only a few days since the government received a revised plan for development and operation of production licence 001 on the NCS, covering the Balder field.

“And don’t forget that Johan Sverdrup – Norway’s last really big discovery – was found in an area which had already been explored.

“The 50th anniversary of the Ekofisk field is now being celebrated, and Statfjord is still on stream. All this is happening in the North Sea.

“Hundreds of billions of kroner may not be left, but several tens of billions can still be earned. The major investments have been made, now the maximum return must be reaped.”

Nyland adds that constant technological development contributes to increasing the return, and compares this to a space odyssey.

“Subsea factories on the seabed, inspection drones, repair robots and digitalisation which lets you sit on land and control production – we talked about this 12 years ago, now it’s reality.”

Nyland is asked whether the NPD has scored any big wins – or, to put it another way, pushed through good solutions which helped to maximise value creation for society – during her time in charge.

In response, she highlights the goal set in 2013 of improving recovery by five billion barrels of oil over and above the original plans. That target has now been raised further for 2023.

“This is a case of the many small drips,” Nyland explains. “But we’re managing to achieve it through what we call active encouragement.”

She also looks back with satisfaction on the decision over a new Snorre development plan, which keeps this North Sea field on stream beyond 2040 and offers large quantities of extra oil.

“Snorre has worn out many case officers over a number of years. But a good solution has ultimately been achieved.”

Where Johan Sverdrup is concerned, too, guidelines have been established which will safeguard opportunities to increase recovery beyond today’s planned level.

“A lot has been put into motion, but we won’t see the outcome until many years have passed,” Nyland comments.

But one important issue was resolved during her time in office – the outer limits of the NCS. “It was good to get the median line between Norway and Russia in place,” she says.

“That also opened new opportunities for making big discoveries. These have unfortunately failed to materialise so far, but I remain an optimist over the Barents Sea.”

She does not spend much time wondering whether something should have been handled differently: “What’s done is done. It’s more important to learn the lessons and look ahead.”

One future opportunity involves something other than oil, but is also far out and deep down. Nyland feels it would be “exciting and fun to get a new leg to stand on with seabed minerals”.

Mapping these resources is under way, with positive results so far. But when they can start to be exploited is a more open question.

To Nyland, this is about demand: “Materials crucial to a green transition are involved. Reserves of these on land aren’t inexhaustible, and the search will thereby shift offshore.”

For her part, she is now shifting to a new everyday life. Her last day as director general fell on 31 December. She feels successor Ingrid Sølvberg will have “an enjoyable job”.

“I’ve been backed by a fine organisation with dedicated and technically able colleagues. The quality of the information I’ve received has never been in doubt.”

The role as NPD director general confers great influence over the industry, and Nyland says that this involves a kind of “stick and carrot” approach.

“But we haven’t had to use the stick often,” she affirms. “Good arguments always carry the day.”

In her view, the companies themselves see the benefit of collaborating offshore. Disagreements may arise, but they are always resolved.

“Others will have to decided whether our performance is good or not,” Nyland concludes.

After stepping down, she intends to take a proper break for a few weeks. Impatience and a desire for a meaningful job are then likely to take over – but where that will lead remains to be seen.