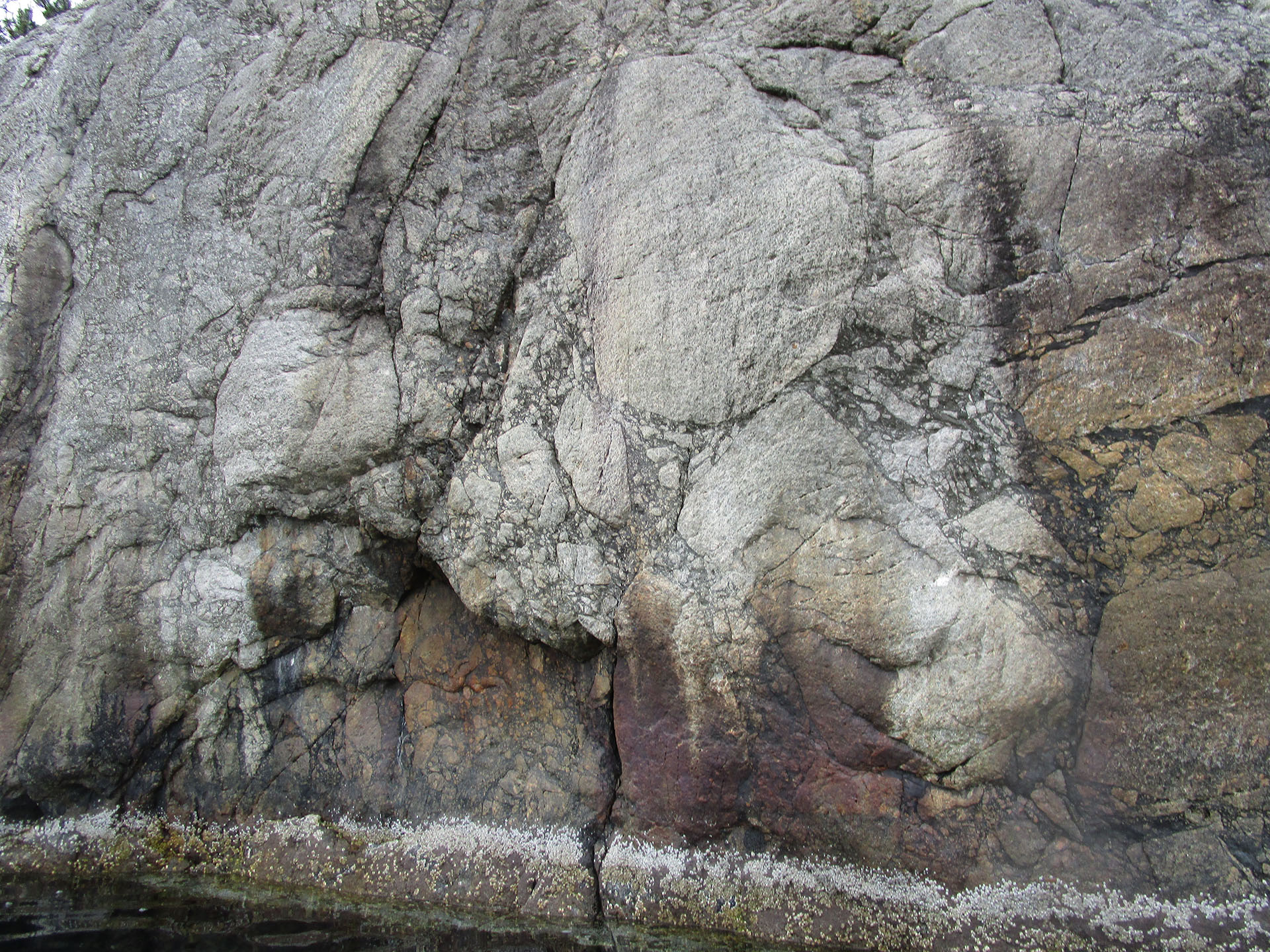 Breccia at Lihalsen on the Gands Fjord near Stavanger. This outcrop is three metres high. (Photo: Fridtjof Riis)

The photograph shows brecciated granitic rocks (Precambrian basement). Breccia consists of large angular fragments cemented together by a fine-grained matrix. In this case, the matrix comprises finely crushed stone which could be mixed with shale.

This site is interpreted as crushed rock immediately beneath the base of nappes formed during the Caledonian mountain-building episod in the Silurian-Devonian periods, when the Baltic and North American plates were colliding. The nappes have grated over the bedrock, crushing the interface between them.

The photograph was taken from a kayak in the Gands Fjord near Stavanger. Crushed rock can also be observed on a smaller scale at the top and western slope of the Lifjell ridge outside Sandnes.