Young people must be talked with, not at. That is the lesson three newly-graduated industry representatives learnt after touring Norway last year to talk with schoolchildren. This committed trio also found that the global perspective is under-communicated.

This was launched in 2016 by the Norwegian Oil and Gas Association to help revive interest in the petroleum sector’s role in Norway among young people.

Meeting the trio at an upper secondary school in Stavanger, I asked what the problem was from the perspective of many Norwegian pupils. The team listed four findings from its tour.

One is that the oil and gas industry has seen itself as the solution rather than the problem, while young people have taken a different view.

Parts of the petroleum industry have now changed their rhetoric – proclaiming they will accept greater responsibility and contribute to reducing emissions. 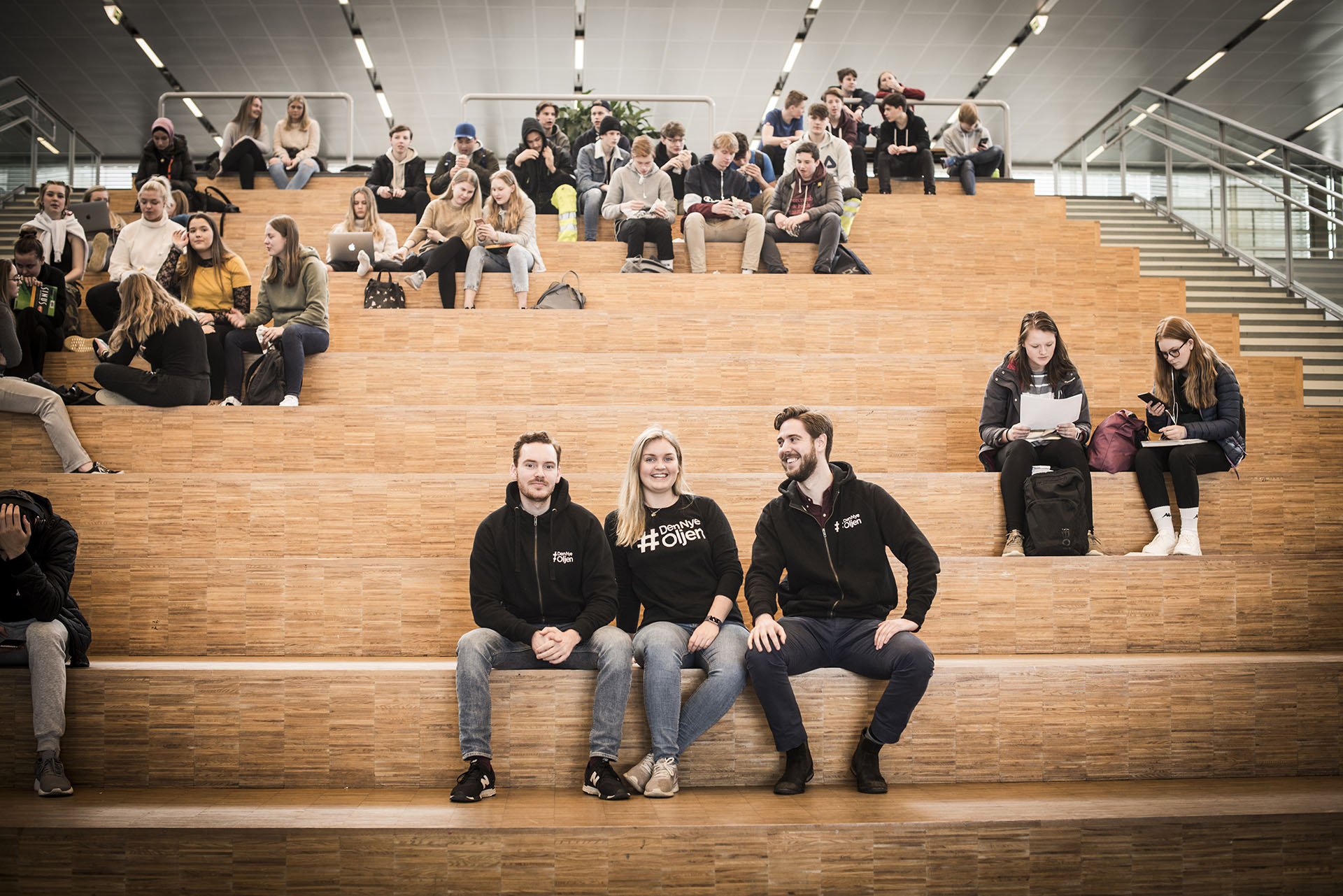 All three of the members are in their 20s.

Marius hails from Åsgårstrand south-west of Oslo. Having studied economics at the University of Bergen and the London School of Economics, he worked previously for the Ministry of Finance.

“The negative effects of anthropogenic climate change must be curbed,” he acknowledges. “Emissions must be reduced, but the world needs energy and people must be lifted out of poverty. How can these concerns best be reconciled?”

Mariann is originally from Oslo but has lived for the past five years in Tromsø, where she has taken an MSc in geology from the Norwegian Arctic University.

“Hardly any other industry possesses as much knowledge and capital as the oil sector,” she observes. “I’m looking forward to learning how the industry exploits this know-how to overcome some of the big climate challenges we face, and where it sees itself in a future with a greener energy mix.”

Herman comes from Tønsberg, not far from Åsgårstrand. In recent years, he has lived in Trondheim while taking an MSc in electrical engineering and automation. He has also studied in both the USA and Australia, at high school and university respectively.

“When I started at the Norwegian University of Science and Technology (NTNU), my eyes were opened to the climate challenges facing the world today. But I also learned about the growing energy demand created by the growing global population. Fortunately, I’m a technology optimist who believes that many of the solutions lie here – and therefore want to tie existing and future technology closer to ordinary Norwegians.”

Oil and gas do not represent the future many young people want, nor does the industry understand where they are coming from. And, as if that was not enough, it aims its communication widely but makes few hits.

“That’s why we opened our meetings with the pupils by saying that ‘we’re here to talk with you’,” explains Mariann Forsberg, who is a geologist.

The team then challenged, she says. “When talking about petrochemicals, we generally ask if there are any products they could do without. That usually gets them thinking a bit more.”

Fellow proselytiser Herman Bråten Romnes believes that many young Norwegians have not thought enough about the realities. And age and geographical divisions exist.

“There are distinctions between eastern, western and northern Norway,” he says. “Moreover, the views of 18-year-olds are clearly more balanced than those who’re two years younger.” 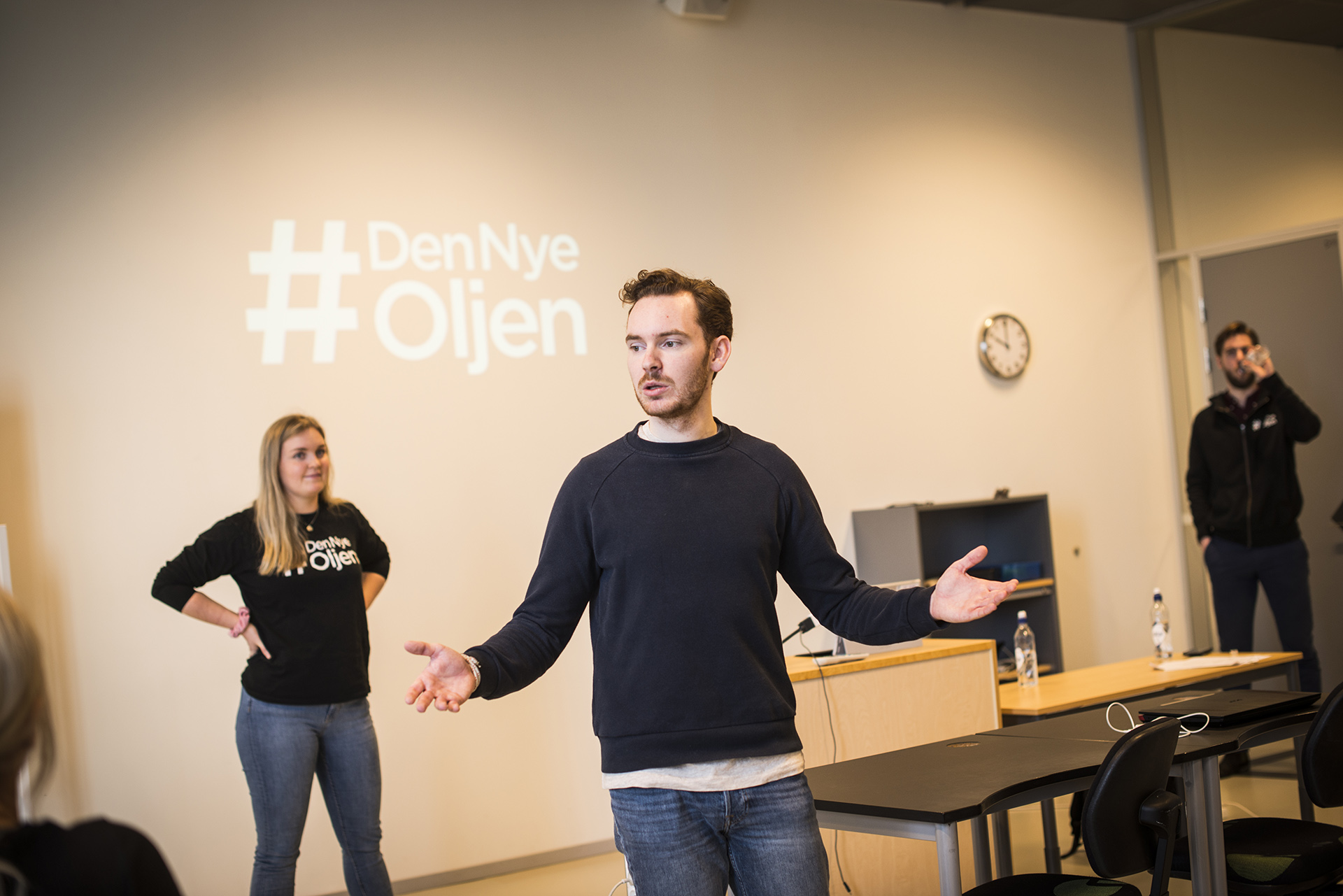 Eye-opener Mariann and Marius (left) let the pupils set their own priorities for Norway’s national budget – but demand that they balance the books. 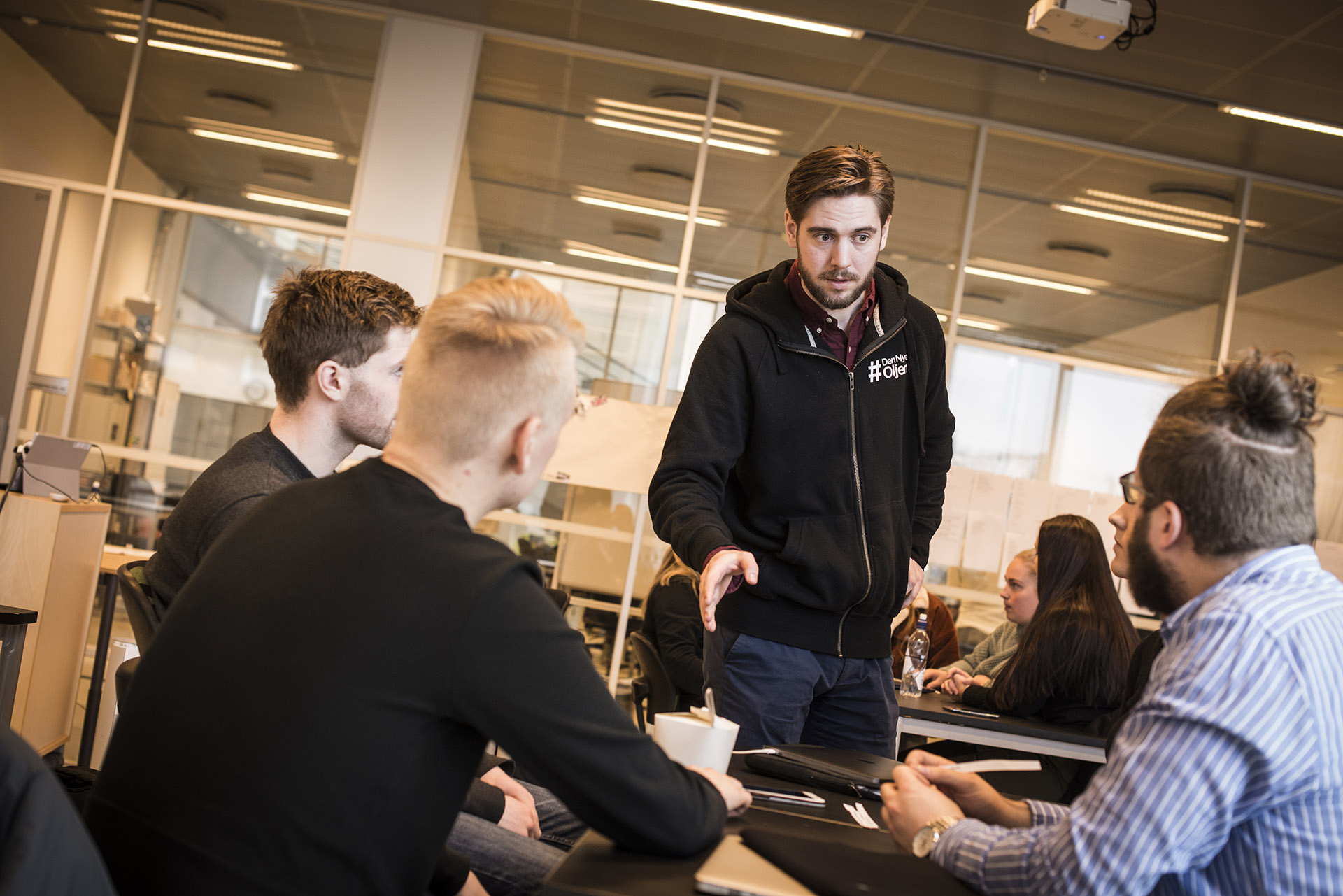 Demanding Herman (above) supports pupils during the budget game. 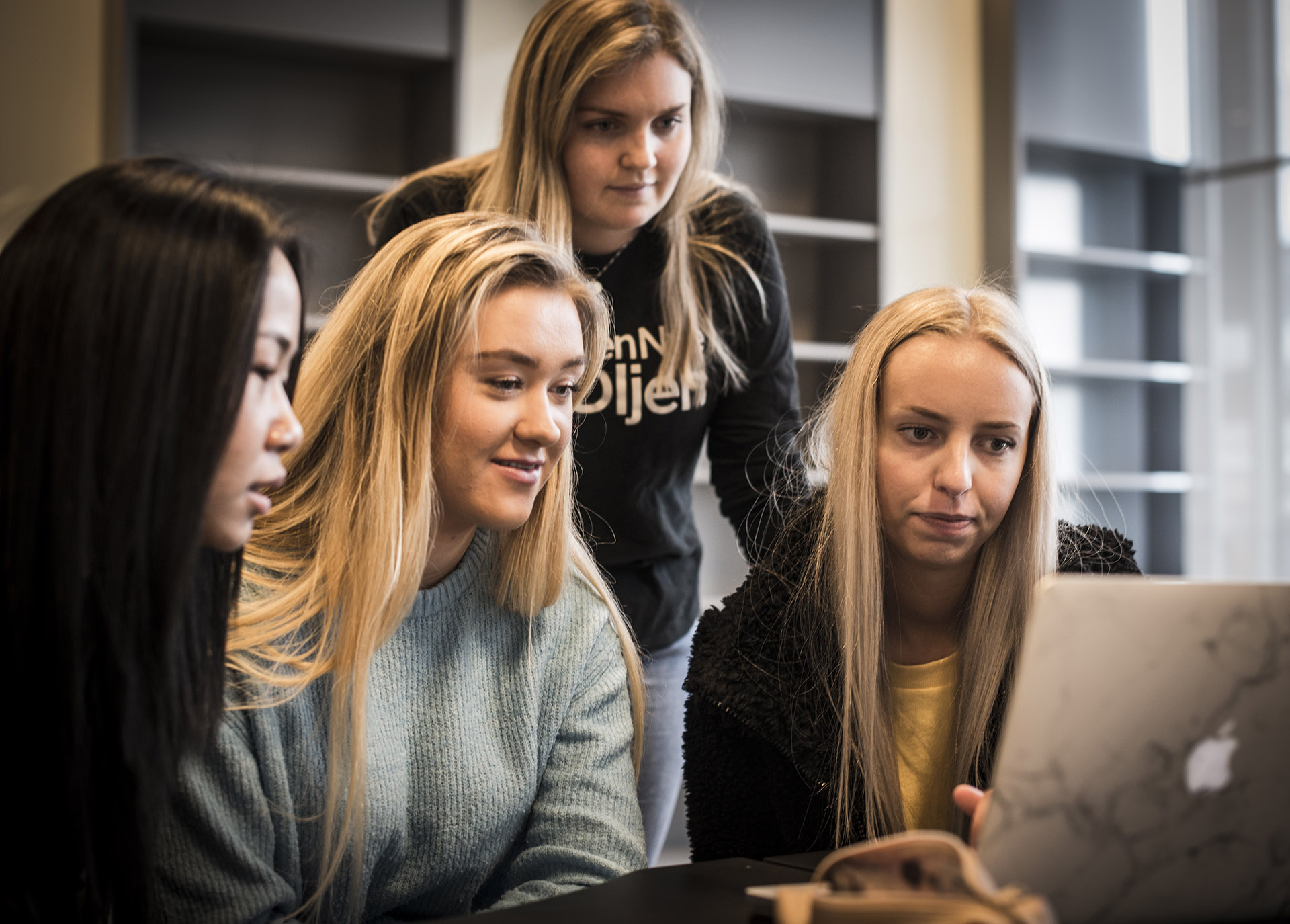 The travelling trio have also noted that many youngsters lack a global perspective when talking about the climate. Nor is the relationship between climate and prosperity obvious to them.

Young Norwegians show little willingness to accept a reduced standard of living. And “reduced” means something else to them than it does to their parents.

“Nor are the majority aware of Norway’s actual weight in an energy context,” says Marius Andersen, the third member of the team.

“Many believe that our oil production accounts for 20 per cent of world output, while the reality is two per cent.”

That introduces a game for them to play about the national budget. If they cut oil revenues, for example, what happens to the balance between government income and spending?

What lessons do the pupils draw from that? How can they increase revenues from other sectors, and by how much? What welfare benefits must be cut? Can we spend less on defence? And so forth.

The game creates engagement and discussion. “We certainly learnt something,” is one of the comments afterwards. But change their own daily lives? ... “um, not quite sure”.

That is relatively little compared with the biggest emitters – China, the USA and India. Worldwide emissions total 36 000 million tonnes – 800 times the Norwegian figure.

While this should not be an excuse for inaction, it nevertheless puts matters in perspective. A majority in the class felt Norway should stick to its goal of halving emissions by 2030.

A minority of the pupils said they read newspapers, under pressure from their parents. The rest preferred to get their information from various social media rather than traditional sources such as TV and the papers.

Asked how they view the oil industry, the youngsters spontaneously characterised it as “old fogeys”. Others felt the sector has come across as arrogant and unwilling to present itself.

Few – apart from a couple of exceptions, of course – want to identify with the petroleum business. They regard it as a fossil and on the way out.

The New Oil team thereby passes the ball back to the industry. It has a job to do.