Responsibility for administering mineral resources on the NCS was assigned to the Ministry of Petroleum and Energy in 2017, with a new Act on seabed minerals adopted this spring.

That legislation replaced the 1963 Continental Shelf Act, which covered all mineral resources other than oil and gas but was confined to those extending out into the sea from land.

The new Act builds on the administrative regime for oil and gas, with the same procedures – from mapping and impact assessments, via offering blocks or areas, to the award of exploration and production licences.
The job of mapping these resources has been given to the NPD, which administers all NCS data acquired over more than 50 years of Norwegian petroleum activity.

This gives the directorate’s geologists a starting point in deciding the best places to explore for minerals. A good array of samples is already held at its Geobank in Stavanger.

These include manganese crusts taken from the Norwegian Sea, some as much as 20 centimetres thick and including the rare metal scandium – an element used in LED lights and various alloys.

The samples also show that REEs exist in higher concentrations in the Norwegian Sea than in other oceanic regions, such as the Pacific.

Three types of seabed mineral deposits are known: manganese nodules, manganese crusts and sulphides. All contain a variety of metals and lie in waters 1 500-6 000 metres deep beyond the continental shelves where oil and gas are found.

Manganese nodules are found on soft seabeds in deep waters and contain much manganese and iron as well as smaller amounts of copper, nickel, cobalt, titanium and platinum.

They grow as laminated deposits on bedrock where this is exposed on the seabed, typically at depths between 1 500-3 000 metres.

Such vents are active for periods from a few decades to a millennium before dying out and leaving sulphide mounds. The latter account for the bulk of these seabed resources.

Manganese crusts and sulphides have been found on the NCS, but not manganese nodules. 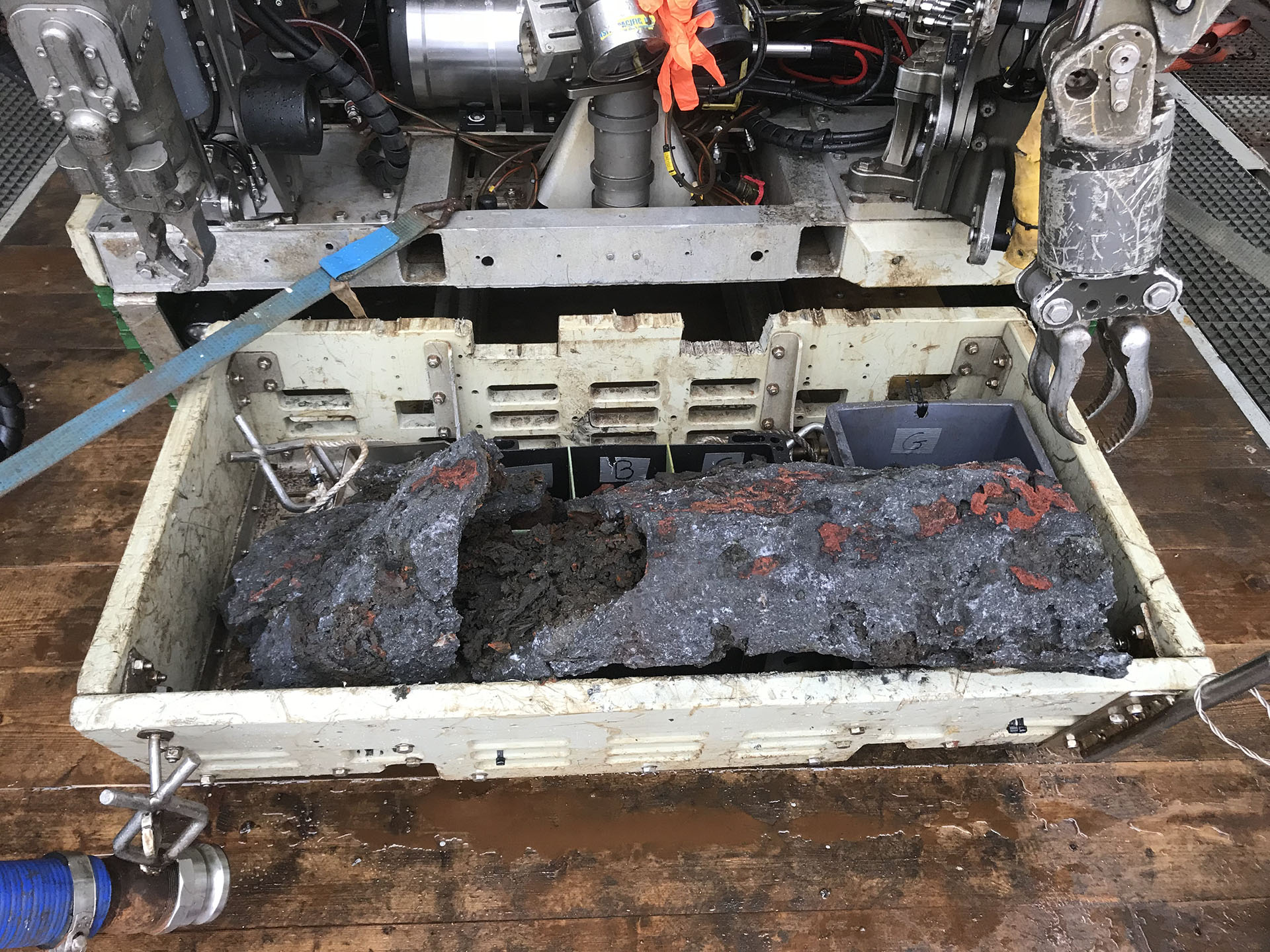 Black smoker. The NPD retrieved an old extinguished vent in 2018 from 3 000 metres of water on the Fåvne field in the Norwegian Sea. (Photo: K G Jebsen Centre for Deep Sea Research, University of Bergen)