A big area of previously unknown sulphide mineral deposits in the Norwegian Sea has been identified by the NPD in the first survey of its own to map such resources. This took place last summer on the Mohn Ridge.

The Mohn Ridge is a modern zone of seabed spreading, where the continental plates are diverging and lava wells up to create new oceanic crust.

Sulphides form through chemical processes around active hydrothermal vents – also known as black smokers. The magma chambers located beneath these chimneys have temperatures of around 1 100-1 200°C.

Water flowing from the smokers reaches 300-400°C and carries a number of minerals from the Earth’s interior. Despite the high temperature, the huge pressure prevents it from boiling.

Data acquisition on the Mohn Ridge took place in 1 200-3 500 metres of water. This area was chosen because the University of Bergen (UiB) found active smokers there two decades ago.

The NPD has collaborated closely with the UiB for many years and, among other measures, is financing two doctoral students researching manganese crusts and methods for sulphide mapping.

NPD geologist Jan Stenløkk accompanied last year’s expedition, and explains that it looked for areas with inactive smokers – where water is no longer emerging and the chimneys have collapsed.

He says there are many more inactive areas than active ones on the NCS. The trick is to find them.

Various tools were tested during the NPD expedition, including an instrument for measuring self potential (SP) which the NPD believes could be useful in the time to come.

When metal sulphides come into contact with salt water, a weak electric current is generated which can be picked up by SP sensors.

Preliminary calculations indicate that they could hold as much as eight per cent copper, compared with a normal concentration of one per cent for mines on land. See the article below.

Just over five years ago, the Norwegian University of Science and Technology (NTNU) produced a best-case estimate of NOK 1 000 billion for the value of minerals and metals on the NCS.

This calculation utilised the same methodology applied by the NPD to predict Norway’s undiscovered petroleum resources, reports Steinar Løve Ellefmo.
An associate professor in resource modelling at the NTNU’s department of geoscience and petroleum, he adds the proviso that the base data are not as good as those available for oil and gas.

The scientists studied seabed topography using a coarse-meshed data set in an effort to identify structures which might contain minerals and metals.
They then tried to assess how many of these deposits existed, their size, and what they might contain. Attention was confined to sulphides, Ellefmo adds.
“We excluded metallic nodules of the kind found in the Pacific as well as the crusts mapped to some extent by the NPD.”

Nor did they seek rare earth elements (REEs or lanthanides), where Ellefmo says the potential is completely unknown. Should the analysis be repeated, it will undoubtedly yield very different results – not least because of last year’s NPD findings.

“It was interesting to see that the NPD found fairly large deposits we were unaware of in one of the areas we’d identified as more promising than others,” says Ellefmo. “At least that confirms we’re on the right track, and that the potential is huge.” 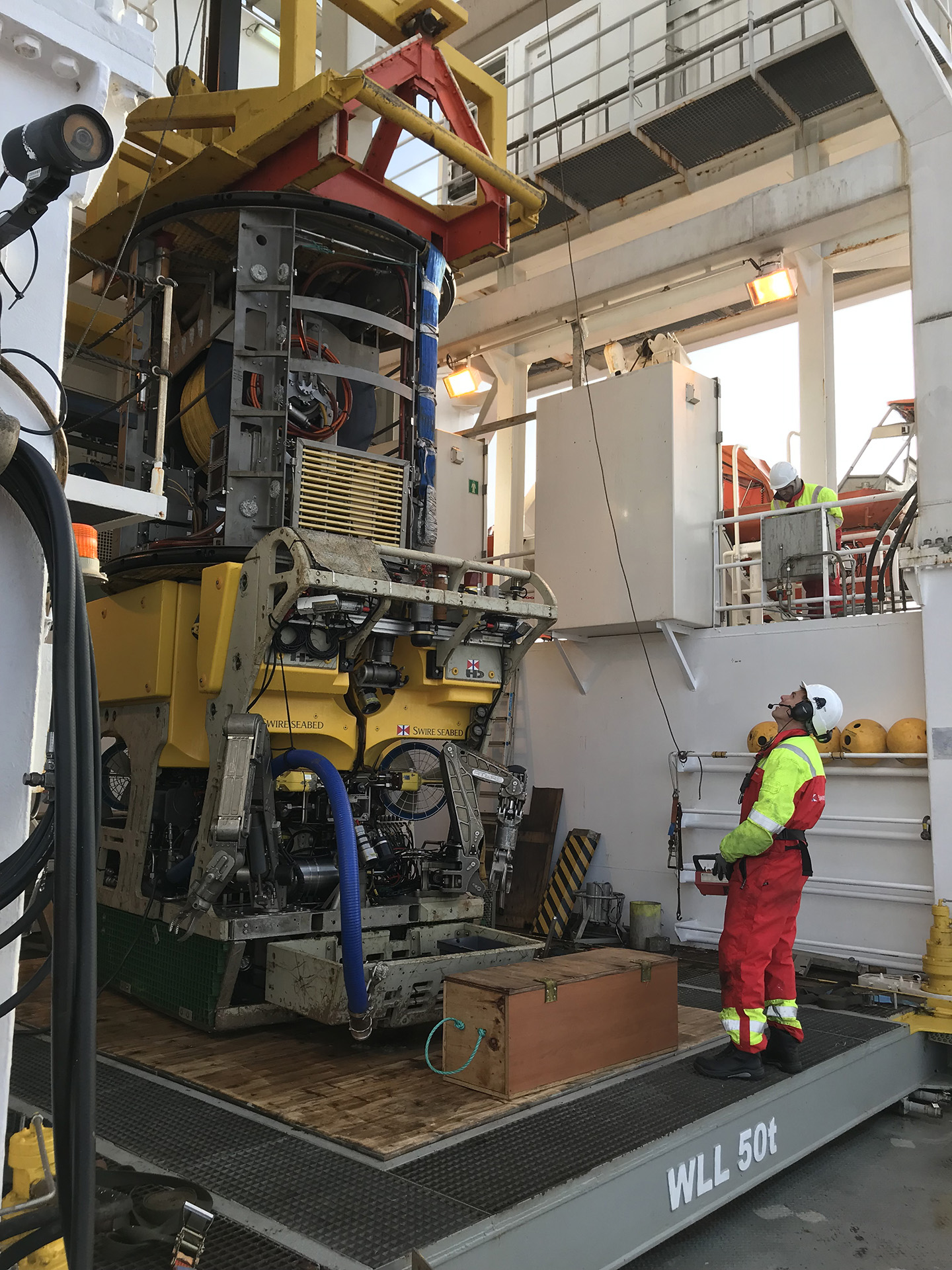 OV A remotely operated vehicle (ROV) is one of the tools used for subsea mapping and sampling. (Photo: K G Jebsen Centre for Deep Sea Research, University of Bergen)

Last year’s NPD expedition along the Mohns Ridge in the north-western Norwegian Sea led to the discovery of several previously unknown sulphide deposits.

These seabed accumulations contain metals and minerals which are important in battery technology, wind turbines and mobile phones.

The Mohns Ridge is an oceanic spreading ridge separating two tectonic plates, and the expedition aimed to map the deep seabed in order to identify mineral resources in the area.

Lasting four weeks, the expedition made use of the Seabed Constructor vessel. Its assignment came from the Ministry of Petroleum and Energy.

An Act relating to mineral activity on the Norwegian continental shelf (the Seabed Minerals Act) came into force on 1 July 2019.