Norway has built up a petroleum industry with world-leading capabilities in research and technology development. This is a result of operator companies, suppliers, research institutions and government agencies joining forces to overcome both technical and financial challenges.

The Norwegian model, with extensive knowledge- and information-sharing between different players, has made and will continue to make an important contribution to innovation in the petroleum industry.

Many new ideas get no further than laboratory testing. Some show a substantial potential for success if development work continues, but lack opportunities for field testing.

The NPD’s resource overview shows that large resources and big opportunities for value creation remain on the Norwegian continental shelf (NCS). Ensuring that all the expertise and capacity which has been built up gets fully exploited is important. The NPD wants to see more full-scale testing and field trials under real conditions. However, this requires that the licensees prioritise and conduct such tests. They must take the lead and display boldness, have a clear strategy, make capacity available and have a dedicated management.

Drilling production wells is the most important measure for securing Norway’s future oil and gas output. This work has recovered again over the past four years after a period with some reduction in drilling.

Fields which have contributed most to the increase are big, old producers such as Troll, Ekofisk, Statfjord and Oseberg. As fields age, continued development of cost-effective solutions which can maintain and permit the production of remaining profitable resources becomes a matter of urgency

Many new wells are being drilled in older fields on stream, such as Troll. (Photo: Øyvind Hagen/Statoil)

A high priority must therefore be given to developing and implementing new drilling and well technology. Experience with technologies already in use on certain fields must be shared and made available, so that these solutions can be adopted elsewhere. Examples include advanced wells, managed pressure drilling and managed pressure cementing. But it also applies to technologies still in the testing phase, such as solutions for drilling in shallow and tight reservoirs.

Improved drilling efficiency is positive, but continued willingness to produce resources in more complicated drilling targets will also be important. It could be unfortunate if part of the cost saving and improvement in drilling efficiency means that easier targets take priority over more demanding ones. That could be at the expense of technological progress and prudent recovery.

The petroleum industry has long been working to adopt digital solutions. Cases in point include integrated operations and automation of work processes. Various solutions for automating drilling processes, for example, have been under development since the 1980s. Digital solutions could reduce problems and boost productivity through increased utilisation of well data and management during drilling. They also offer reductions in health, safety and environmental risk.

Rapid progress with digital capacity in recent years opens new opportunities. Digitalisation is regarded as an important key to a lasting reduction in costs through the development of new digital applications.

Digitalisation involves big changes to the way people work and not least how they think. Norway’s national strategy for research and development in the petroleum sector (OG21) supports the importance of this revolution through targets on continued progress with automation, autonomous and ICT technologies.

This strategy also reflects an appreciation that players in the petroleum sector could have a lot to gain by drawing on available technology and experience from other sectors. Research centres with assignments across several disciplines can play a key role here. Examples are the International Research Institute of Stavanger (Iris) and Sintef in Trondheim.

Technology for automation and real-time monitoring of the drilling process has been adopted on Statfjord. Its basis has been developed by Iris and commercialised by the Sekal company, which is continuing to develop the technology and deliver solutions for use in the industry.Well data are fed continuously during drilling into advanced computer models. These calculate the parameters which the operator must stay within in order to avoid problems and communicate them to the drilling system. In this way, real-time data from the whole well under the operation can be utilised to ensure an efficient drilling process.

This can also mean reduced formation damage in the well, enhanced productivity and lower health, safety and environmental risk.

Historically, the NCS has served as a full-scale laboratory for many new solutions related to drilling, recovery, and subsea and flow technology. The NPD notes that a number of players in the industry are expressing growing concern over an increasing tendency for more time to pass between the development of new technology and field testing. 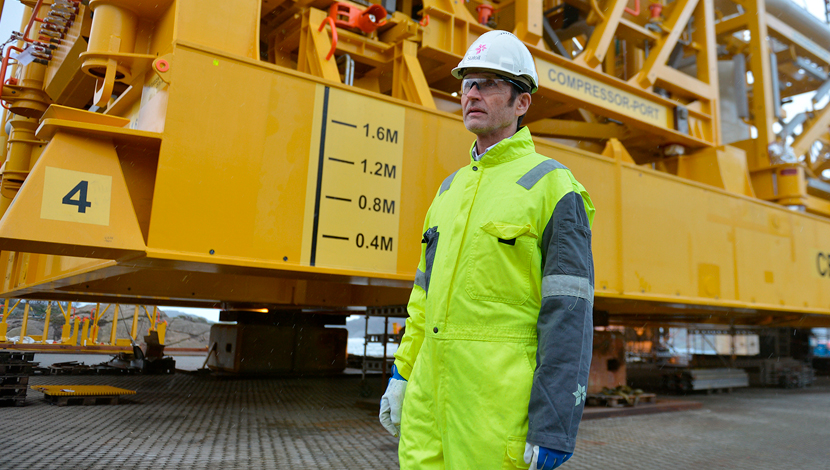 Åsgard subsea compression is an example of new technology which has been implemented and gives good results. (Photo: Statoil)

Instruments for getting pilots conducted

The NPD pushes for and encourages the development and application of new technology. Where the government considers it appropriate, approval of a plan for development and operation (PDO) can be made conditional on developing and piloting new technology. Johan Sverdrup in the North Sea provides an example. This field is now under Development, closely monitored by the NPD in the planning phase. It became clear at an early stage that a separate plan was needed for technology on the field. Staging a two-well polymer flooding pilot was one of the conditions set when the Government approved the PDO.

The OG21 strategy from 2016, led by the Ministry of Petroleum and Energy, provides some explanations for why full-scale testing and implementation represent a bottleneck. Possible barriers can include:

SWIT  is a new solution developed to provide direct intake and treatment of seawater for injection on the seabed. All injection water currently gets treated on the production facilities, which is demanding in terms of weight, space and energy. SWIT could have the potential to cut costs and increase flexibility in positioning water injection wells. It has been assessed in the choice of concept for several developments on the NCS without being adopted. However, a full-scale prototype is now under construction for testing in deep water during early 2018 before being ready for field installation. This represents a collaboration between private investors and the Demo 2000 programme.

Norway’s national strategy for research and development in the petroleum sector builds on a collaboration between the public and private sectors, where different players and programmes are coordinated to ensure priorities and an overall approach.

The NPD has overall knowledge of the NCS. As part of its social responsibility, this expertise must be communicated to such recipients as technology specialists. Although the NPD does not conduct its own technology development, it sits on the boards of various fora and programmes. These are good arenas which should be utilised to initiate projects aimed at adopting newly developed Technology