Substantial resources have been proven during recent years in shallow reservoirs, primarily in the Barents Sea. Combining existing technology can make recovering them Commercial.

The geological history of large parts of the Barents Sea means that the likelihood of finding reservoirs less than 1 000 metres beneath the seabed is high. Formations at such shallow depths generally feature low temperature and virtually hydrostatic pressure.

SEE ALSO: Doubling the resource estimate for the Barents Sea

To drain this type of discovery effectively, it is desirable to drill horizontal wells with a large reservoir exposure (greatest possible drainage area) in the same way as for deeper formations. Such wells are hard to drill in shallow reservoirs. 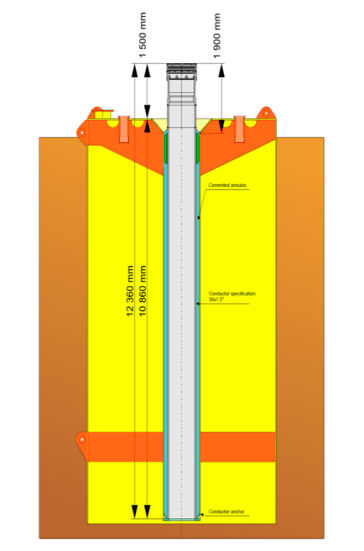 Drilling horizontal wells depends on the drill string with bit being deviated up to about 90 degrees from a vertical starting point. Achieving this with a shallow reservoir calls for a high deviation rate.

The normal procedure is to drill with a change in deviation of less than five degrees per 100 metres. With shallow reservoirs, however, deviation may need to change by more than 10 degrees over that distance

Wells have now been drilled in the Barents Sea with such deviation rates. Several technologies have helped to make drilling of horizontal wells possible in shallow reservoirs, and important experience is now available.

Key technologies include establishing a solid foundation for the well which makes it possible to begin deviation early, and directional drilling equipment which can work with high deviation rates. Simultaneous measurement and interpretation of the properties of the rock being drilled through is also important. 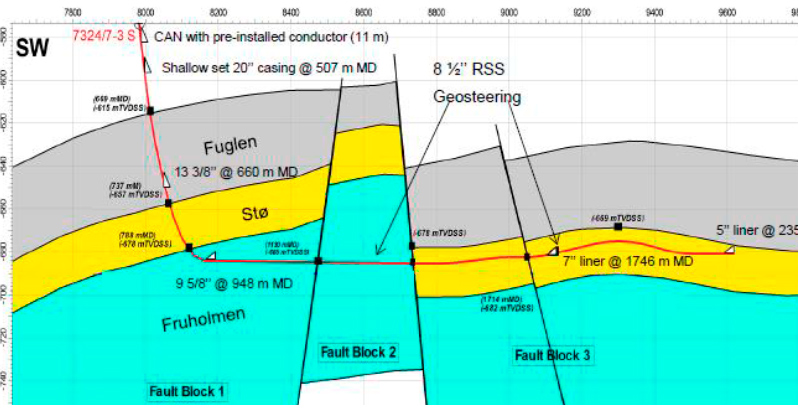 Well 7326/7-3S on the Wisting discovery has been drilled with this Technology.

Long-standing efforts have been made to develop drilling with coiled tubing from vessels. This technology could be an effective method for drilling both exploration and production wells.

It could permit the use of lighter and simpler equipment which can be mobilised relatively quickly. Coiled tubing has been used in drilling wells to acquire data and investigate shallow gas on the NCS.

Further development of this method could simplify drilling of shallow reservoirs. Campaigns to drill several exploration wells could then provide a good alternative to the use of mobile rigs.

So far, only two-three shallow wells have been drilled with this technology. Put simply, it is based on unwinding a steel tube coiled on a drum and lowering it with a module containing safety valves from the vessel to the wellhead. The actual drilling process is conducted by running the coiled tubing into the well with the aid of a hydraulic tractor, while the drill bit is rotated by a hydraulic motor. This gets driven by the mud pumped down through the tubing during drilling.

Coiled tubing deployed from vessels has been used to take cores from the bedrock in connection with the Rogfast road tunnel project in south-west Norway.