The Norwegian model, with knowledge- and information-sharing between different players, has been and will remain an important contributor to innovation in the petroleum industry.

The NPD’s resource overview shows large remaining resources and a solid potential for further value creation. This calls for a continued high level of commitment to ensure that all the expertise and capacity built up so far is fully exploited.

Updated figures from Statistics Norway indicate that companies in the energy sector invested just over NOK 6 billion in research and development (R&D) during 2015, and that 70 per cent of that funding was directed at the petroleum sector. Industry as a whole spent a total of NOK 27.8 billion on R&D in the same year, up by 12 per cent from 2014. The industry thereby accounted for almost half the NOK 60.3 billion devoted to Norwegian R&D in 2015.

Norway has built up a petroleum industry with world-class specialists involved in research and technology development. However, many good ideas get no further than laboratory testing. Some have a considerable chance of success, but need full-scale testing or field trials under real conditions.

Licensees on the Norwegian continental shelf (NCS) must continue to accept responsibility for testing and adopting new technology, both to develop new fields and for those already on stream. This needs particular attention from licensees responsible for major development projects. It also calls for a willingness to think along alternative lines about risk to the advantage of a possible future potential.

One of the NPD’s responsibilities is to facilitate increased technology collaboration in the industry and to serve as a driving force for developing and implementing new technological solutions. The goal is to recover all profitable resources and maximise value creation for society.

The Drillwell programme is one of a number of examples of research collaboration established to ensure a close link between actual challenges and the search for solutions. As the host institution for Drillwell, the International Research Institute of Stavanger (IRIS) has long experience of work on automating drilling processes. Digitalisation of such processes is a priority area for IRIS, and the national strategy for R&D in the petroleum sector (OG21) supports this through its target of continued development of automation, autonomous and ICT Technologies. 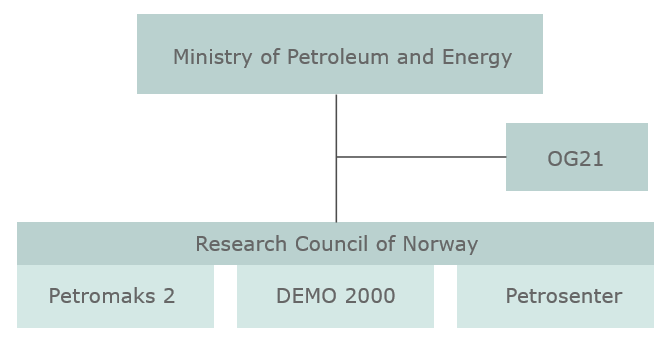 The NPD does not conduct technology development on its own account, but sits on the boards of the following government-backed fora and programmes: OG21, Petromaks2, Demo 2000 and Force.

OG21 develops Norway’s national technology strategy for the petroleum industry and is chaired by the Ministry of Petroleum and Energy. It has four work groups where the need for research and development can be highlighted and entrenched.

Comprising representatives from the petroleum sector, academia and government, this forum establishes the strategy which sets priorities for the public sector’s commitment to R&D in the industry. OG21 renews its strategy every fifth year, most recently in November 2016.

Private and public sector players are urged by the OG21 forum to base their priorities on its OG21 strategy. This outlines a joint national commitment to strengthening research and development, demonstration and commercialisation of technology which can overcome challenges for Norway’s petroleum industry.

The NPD sits on the OG21 board and in the four work groups where the need for R&D can be highlighted and entrenched. Great attention is paid to the significance of implementing new Technology.

Government funding of petroleum research is primarily organised through the Petromaks 2 and Demo 2000 programmes at the Research Council of Norway. These help to realise the goals set in the OG21 strategy.

Petromaks 2 is a long-term programme which conducts basic and applied research. Demo 2000’s purpose is to qualify new technology which can help to reduce costs, enhance efficiency and improve performance on the NCS.

The NPD is represented on the boards of both programmes, and can contribute through its knowledge of the NCS to ensuring that research funds are applied where the challenges and potential are greatest. Such funding aims to help strengthen the industry’s own commitment to developing new technology, and is applied to the further development of projects relevant for value creation on the NCS.

In addition, the NPD has an observer role in the national petroleum centres. These are the National IOR Centre of Norway, located in Stavanger, and the Research Centre for Arctic Petroleum Exploration (ARCEx) in Tromsø. These centres receive funding from the Research Council (Forskningsrådet).

FORCE is a collaboration forum for the petroleum industry and the Norwegian government. Its purpose is to improve recovery of oil and gas by sharing knowledge and experience across production licences and companies. Force will help to increase understanding of reservoir geology and development, and of qualifying exploration methods.

Seven network groups have been established in FORCE to ensure the execution of projects in the forum and collaboration over pilot projects.

Forty-nine oil companies were members of FORCE in 2016, when a total of 19 seminars and working meetings were held on topics related to exploration, reservoir and improved recovery on the NCS. Almost 1 600 people participated in these events. 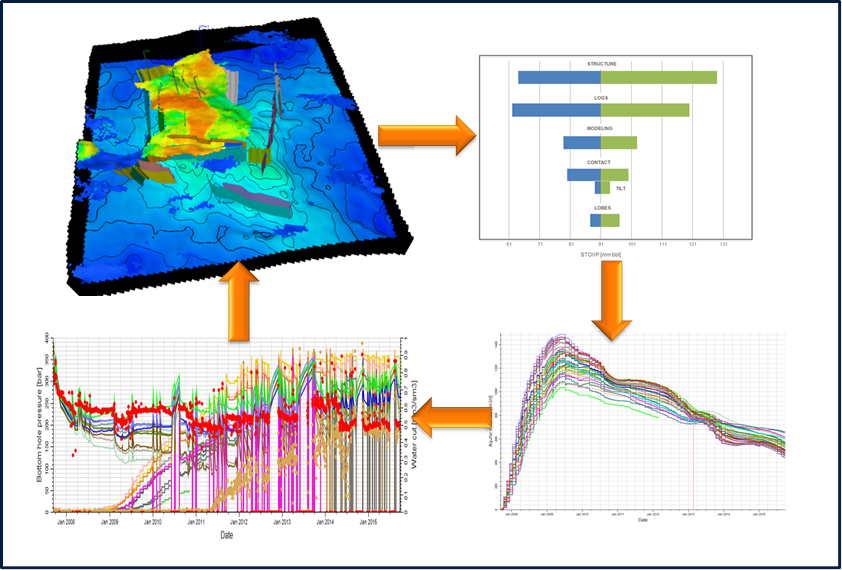 The seminar on uncertainty handling in static-dynamic modelling workflows is an example to events organised by the integrated reservoir modelling network group. (Illustration: Repsol Norge AS)

In addition to being an active participant in technical committees and network groups, the NPD acts as the secretariat for FORCE.

The operators provide their assessments and plans for testing and utilising new technology to the NPD through annual status reports for fields on stream.

Where drilling and well technology is concerned, reports cover such matters as solutions developed and adopted for the most cost-effective drilling in reservoirs with challenging pressure differentials.

However, reports submitted in 2016 made less mention of new technology which can provide access to difficult resources, extended reach and so forth. As fields age, continued development of cost-effective solutions which can maintain and permit the production of remaining profitable resources becomes a matter of urgency.

A well on Troll can cover an area the size of Manhattan in New York. (Illustration: Statoil)

Developing and implementing new drilling and well technology must have a high priority as an important measure for growing reserves in fields. A good example of an innovative solution which has been qualified and adopted in this area is provided by valves for production optimisation and zone control on the Troll field.

Combined with drilling multilateral wells, these devices have provided the basis for improved recovery from the field. The experience gained has also contribute to continued development of technologies for further optimisation of recovery.