Continuously identifying and maturing projects through to production is important for maintaining value creation. Many projects being implemented lead to substantial growth in reserves. The 2016 resource accounts include 320 projects for increased oil and/or gas production and extended producing life. These amount to 845 million scm oe.

Fields are producing longer than planned

The commercial life of Norwegian offshore fields on stream has increased by an average of 12 years from their original plan for development and operation (PDO). This partly reflects a big commitment to further development on many fields.

A number of new facilities have been constructed, additional deposits are incorporated in the fields, and measures to improve recovery have been implemented. In addition, a number of fields are being used to produce nearby discoveries. These moves have boosted reserves in fields by 2 900 million scm oe since their PDOs were submitted. 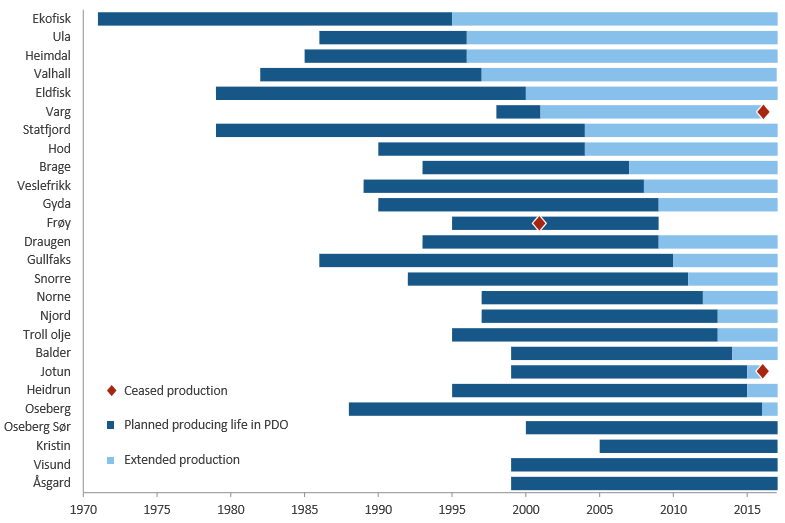 A selection of fields, showing their planned producing life in PDO, extended producing life and cessation. Of the 26 fields presented, 23 are still on stream and most will remain so for many years to come.

A continuous commitment to and good utilisation of the infrastructure can maintain this positive trend and extend producing life even further. The result could be that more discoveries can be tied back to fields in the future, and thereby boost value creation

Projects on fields occupy various classes in the NPD’s resource classification system, depending on how far they have come towards development. Projects are also grouped by production method for analysis purposes.

Note that redevelopment of fields and planned further project phases (Johan Sverdrup phase 2) are not included in the overview below. This is because they are regarded as field developments, while the remainder of the portfolio represents (supplementary) projects which help to improve recovery from fields on stream.

New projects with associated investment are sanctioned by the licensees after a detailed evaluation. A number of projects on fields are assessed every year. Some are sanctioned and implemented, some are subject to further study, others are postponed and some are shelved. The size of these projects varies considerably in terms of both production effect and costs. As the figure below shows, however, substantial volumes of oil have been identified in projects on fields. Gas volumes are not included in the portfolio, even though it also contains projects which could improve gas recovery. 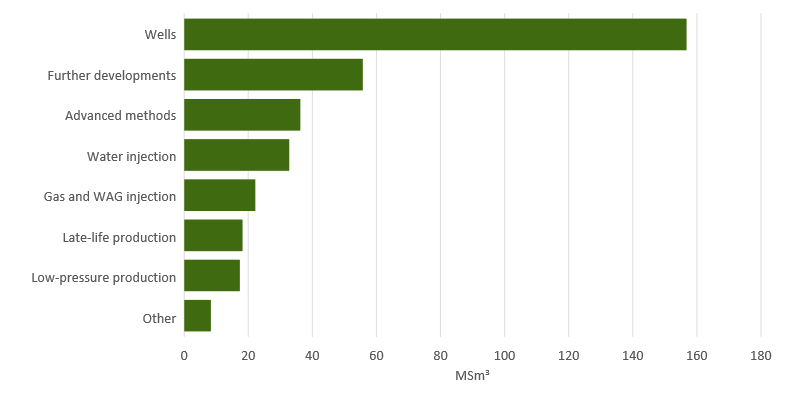 Oil resources in projects on fields by project type.

The survey shows that almost half the oil in this project portfolio could be recovered by drilling more production wells. A steady increase in the number of producers has also helped to boost recovery on many fields.

These are major upgrades and plans for new installations, such as subsea facilities or unmanned wellhead platforms (UWPs) tied back to existing fields. The biggest member of this category is the Snorre Expansion Project. Snorre has large remaining resources, and the licensees are planning further development of the field with the aid of extensive subsea installations. 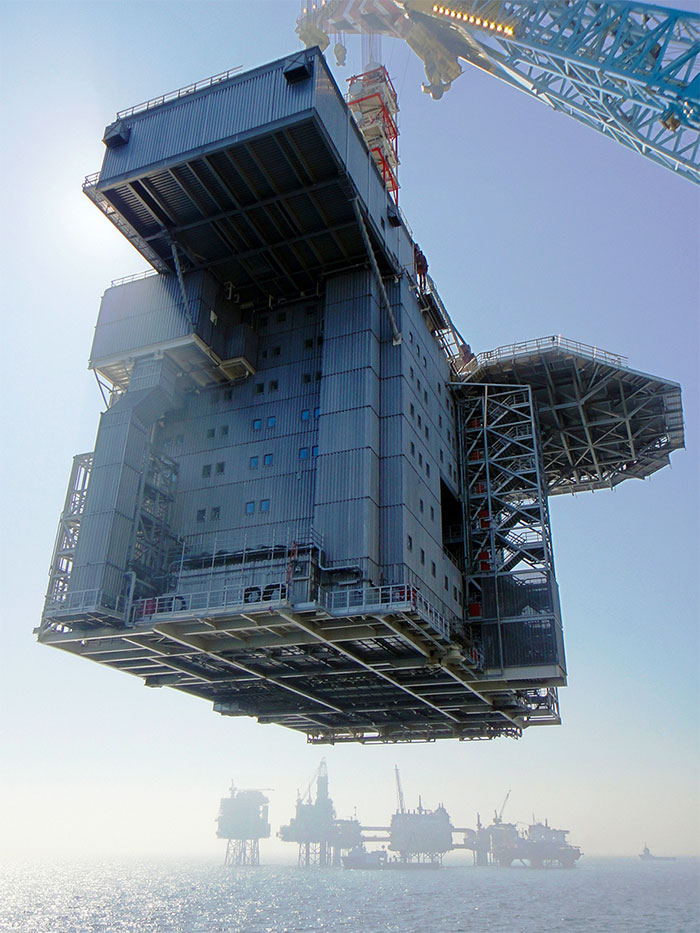 Valhall and Ekofisk are examples of fields where major upgrading projects have been pursued. (Photo: Valhall/BP)

These have yet to be adopted on the Norwegian continental shelf (NCS), but some have been tested in pilot projects as on Heidrun. See the description of seven different EOR methods which could be relevant for Norwegian oil Fields.

Drilling new injection wells is important for maintaining production from the fields. Injecting water and/or gas into a reservoir will maintain or increase its pressure and allow more oil to be produced. The project portfolio includes plans to optimise injection of water, gas or water alternating gas (WAG).

Upgrading, modifications or new calculations can lay the basis for extending field life. This type of project can often be combined with other measures. If nearby discoveries are to be tied back to the field or other major measures are to be implemented, the field’s producing life must be assessed. Norne is an example of a field where its expected time on stream has lengthened because a number of other fields have been tied back to its production ship.

Such projects involve installing equipment which makes it possible to produce with lower wellhead pressure. This yields a quantity of extra oil, but makes its biggest contribution in terms of improved gas recovery.

The most important measure for recovering more gas is to enable production with the lowest possible wellhead pressure. This often calls for the installation of additional compression to export the gas. In addition, measures to secure extra oil will often also yield more gas on fields where much gas is dissolved in the oil.

Ormen Lange Late Life Recovery is one of the biggest projects for low pressure production. Its first phase embraces land-based compression of gas from the field, with the licensees evaluating a compression solution in 800-1 100 metres of water as a second stage. 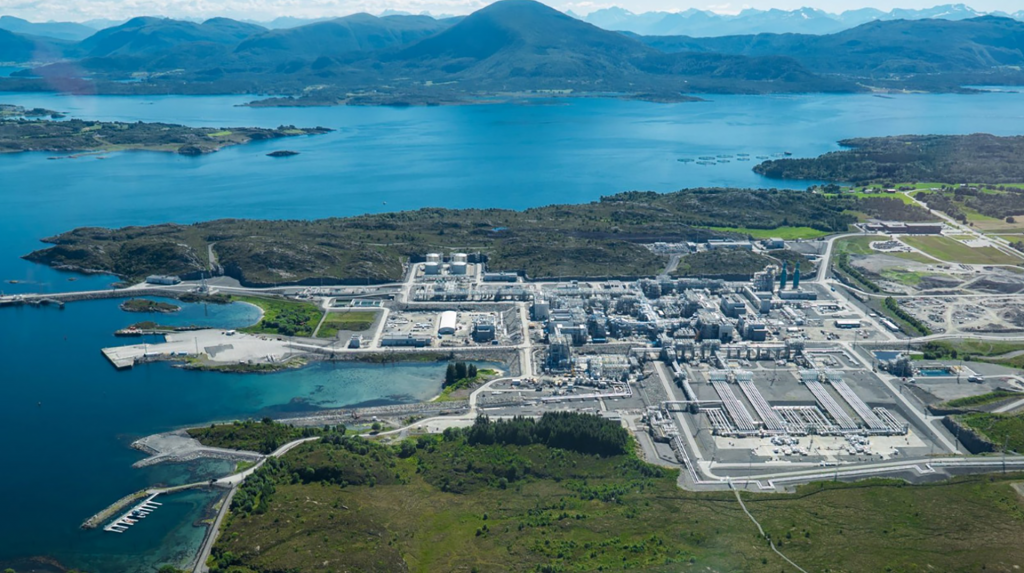 The gas processing plant at Nyhamna in western Norway. This can increase gas recovery from the Ormen Lange field in the Norwegian Sea by 25-30 billion scm. (Photo: Statoil).

Subsea compression on Åsgard is another example of a major project to maintain gas production. It ranks as the world’s first seabed gas compression solution.

The Statfjord field was discovered in 1974. Much was new at that time. Today, the commitment made and courage shown in testing and adopting new methods can be seen to have created substantial value. This field has accounted for about 12 per cent of Norway’s total oil and gas production. It was the biggest oil producer on the NCS from 1981 to 1994.

Statfjord is an example of good interaction between government and oil companies from day one.