Development of the NPD’s resource estimate

The NPD’s overall resource estimate has risen by 40 per cent since 1990. Total proven resources alter as a result of new discoveries and changes to estimates for individual fields. The latter can rise as a result of drilling appraisal wells, mapping, and conducting detailed studies which improve knowledge of reservoir size and recovery mechanisms.

Total estimated resources at the end of each year. Changes in the distribution reflect maturation. New discoveries, for example, mean that volumes move from undiscovered to contingent resources.

Many examples of a substantial increase in resources can be found on the Norwegian continental shelf (NCS). The estimated amount of oil and gas in many fields has more than doubled since the first recovery estimates were produced. Ekofisk and Troll made the biggest contributions to boosting resources in the 1990s.

The growth in 1990-96 derived both from a detailed review of project opportunities in fields and from the discovery of large fields such as Grane and Norne during this period. This was followed by a number of years with a steady rise in resources until the Johan Sverdrup discovery provided a sharp upturn.

Estimated proven oil resources at the end of each year.

A change made by the NPD in 2003 in the method used to calculate recovery from fields led to a reduction in recoverable gas resources. Subsequently unchanged, this approach now forms the basis for the NPD’s estimates and analyses..

Estimated proven gas resources at the end of each year.

Water injection, several new installations and an increased number of wells on Ekofisk mean that expected recovery is now more than three times above the estimate in the first development plan.

On Troll, oil reserves are now four times greater than had been assumed when the decision to develop was taken. The main reason is continuous development of the field, with a number of new installations and a commitment to drilling and completion technology. At the same time, gas recovery has increased through measures to reduce reservoir pressure.

Johan Sverdrup was estimated to be a medium-sized oil field in 2010, with opportunities for further growth through continued drilling activity. It is now more than 20 times larger than that initial estimate

Reasons for reductions in estimate resources

Expected recoverable resources can also be reduced. This could occur if resources in place prove to be smaller than first thought, or because producing the field is more complicated than predicted.

Resources can also decline if projects are not regarded as sufficiently profitable. In most cases, the resource base for projects which are not implemented remains in place. New technology, other concepts or changes in profitability calculations may allow such resources to be developed later.

Growth in the resource estimate has primarily been driven by an increase in the estimated quantity of oil. The latter accounts for more than 85 per cent of remaining proven fluids. Natural gas liquids (NGL) and condensate are the other fluid products.

Proven fluid resources in 2016 were almost the same as the estimated figure in 2003, and much more is expected to be found. Proven resources increased by 20 per cent or 1.9 billion scm oe over the same period.

Resource accounts for 2003 and 2016 for liquids and gas respectively.

About 70 per cent of the growth since 2003 has come from discoveries made during the period. The remainder derives primarily from measures implemented or planned to improve recovery from the fields.

The figure below shows the status for and volume of discoveries since 2003. Fluids account for 75 per cent of proven petroleum resources. More than half the fluids and a third of the gas discovered since 2003 have been sanctioned for Development.. 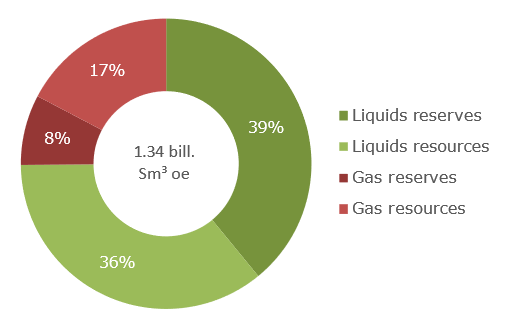 Status and volume of resources discovered since 2003.

Johan Sverdrup, the biggest oil discovery after 2003, has reserves of 298 million scm oe in its first development stage. In addition, plans call for substantial resources to be developed in subsequent phases on the field.

A number of other large oil discoveries have also been made,  including 7220/8-1 Johan Castberg and 7324/8-1 Wisting in the Barents Sea. Both are expected to yield more than 50 million scm of oil.

Measures and new projects on the fields added more than 500 million scm oe to recoverable resources in 2003-16. 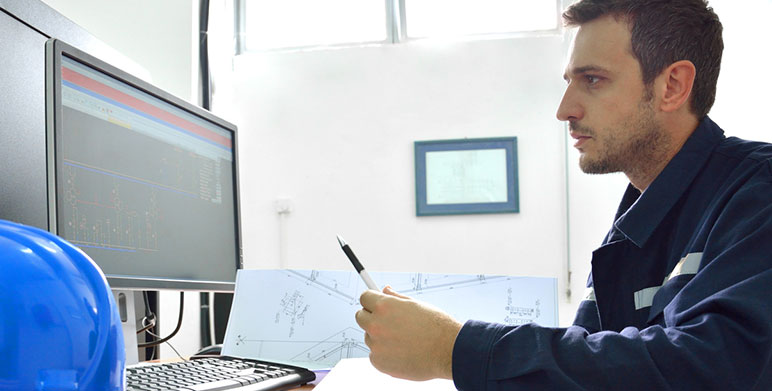 Substantial efforts are devoted to continued development of fields. That helps to extend their producing life and improve recovery

Contributors to this growth include:

All the resources in the accounts are expected to be produced, but the future level of production will depend on such factors as:

Production history and forecasts broken down by maturity of resources, 2010-30. As the figure shows, the level of production is expected to be relatively stable in coming years.

According to the production forecast, output is expected to remain at the level maintained so far in this decade. The contribution from petroleum sanctioned for development will stay at a high and stable level over the next five years. While the level of production will be maintained in the subsequent five years, the contribution from resources in fields and discoveries yet to be sanctioned for development will increase. Undiscovered resources are expected to acquire greater significance for production towards 2030.

The increase in the volume of gas resources derives primarily from action to reduce reservoir pressure. Such measures – like subsea compression on Åsgard, for example – are normally implemented when most of the gas which can be recovered without additional support has been produced. Work by the Åsgard licensees on subsea compression won them the NPD’s prize for improved oil recovery (IOR) in 2016. 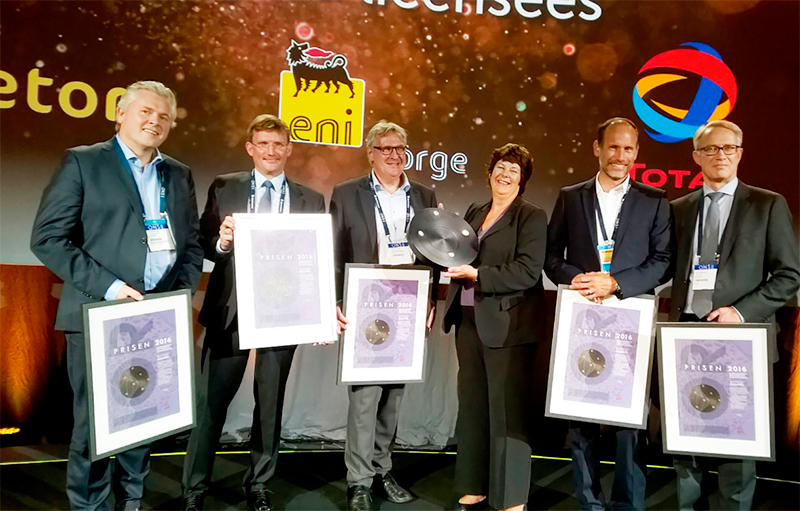 When presenting the IOR prize for 2016, NPD director general Bente Nyland (third from right) praised the winners for their willingness to accept risk and the ability to think innovatively at all levels.