Target for growth in oil reserves

The NPD has established an ambition of increasing reserves in 2014-23 by 1 200 million scm of oil. This is intended to ensure that attention is focused on expanding reserves while making it possible to follow up developments systematically.

The new ambition for reserve growth is 50 per higher than its predecessor. That increase largely reflects a substantial expansion of oil in the discovery portfolio since 2005

The figure below presents the rise in oil reserves compared with the growth rate in the 2014 forecast. “Fields in 2014” represents the increase in reserves from fields which were on stream or sanctioned for development before the target was set. Growth here has been in line with the forecast.

“Discoveries before 20915” represents oil reserves in fields proven before the target was set, and sanctioned for development afterwards. The figure shows that development decisions in 2016 yielded a smaller-than-expected rise in reserves.

Growth of oil reserves in fields has matched expectations, while growth in discoveries is somewhat lower than forecast.

Optimistic about meeting the target

The first development phase on Johan Sverdrup was sanctioned in 2015. Five plans for development and operation (PDO) were submitted in 2016. Based on figures from the companies, the NPD expects the 2016 level to be maintained over the next few years. Big projects such as the next development stage on Johan Sverdrup and bringing Johan Castberg on stream will make a strong contribution to reserve growth in the near future.

In addition to 991 million scm covered by development plans, 863 million scm of oil is found in fields and discoveries not currently scheduled for recovery. If all these projects are concretised and sanctioned by the end of 2023, total growth in oil reserves would be almost 1 300 million scm over the decade – in other words, well above the target set in 2014.

Updated status for achieving the goal.

Above expectations on fields

At 31 December 2016, fields had contributed four per cent more than expected when the target was set. Given the challenges faced by the industry since the spring of 2014, this must be regarded as a positive development.

The companies are taking action to improve recovery, decide on additional wells, and concretise new measures despite the decline in oil prices. Much work nevertheless remains to be done. Recovery from the fields must be further improved, and the licensees must decide on new measures if the target is to be met.

Growth in oil reserves on fields amounts to 101 million scm. More than half of this increase derives from drilling decisions. Development and adoption of new drilling and well technology must therefore have high priority. 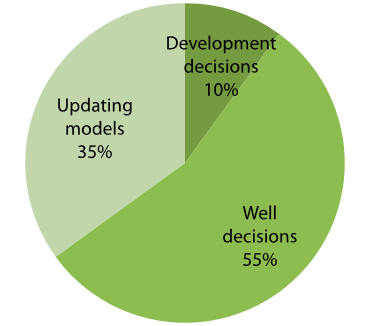 The main reason for reserve growth on fields is decisions on drilling more wells.

“Updating of models” contributes 35 per cent. This category embraces such changes as updating reservoir models and computational assumptions.

An example of such adjustments is provided by the Ivar Aasen field, where further investigation after the development decision showed that it was larger than earlier thought. That led to its reserves being increased by more than 30 per cent. 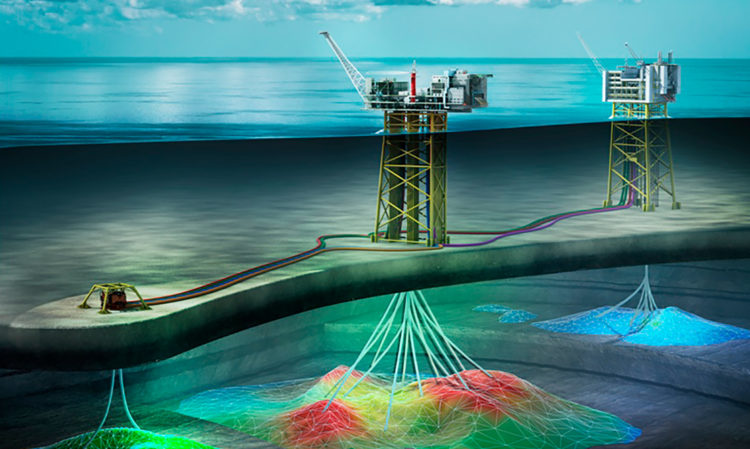 Executing major projects such as the next stage of Johan Sverdrup and the Johan Castberg development will make a strong contribution to reserve growth in the next few years.