The seawater contain dissolved metallic compounds, originating from both thermal springs and from run-off from land. Manganese crusts are precipitated from the seawater, and they slowly build up on underwater rock formations in the deep sea.

As a rule, the thickness increases by one centimetre every one million years. The Norwegian Petroleum Directorate (NPD) has proven crust deposits with thicknesses of up to 40 centimetres. 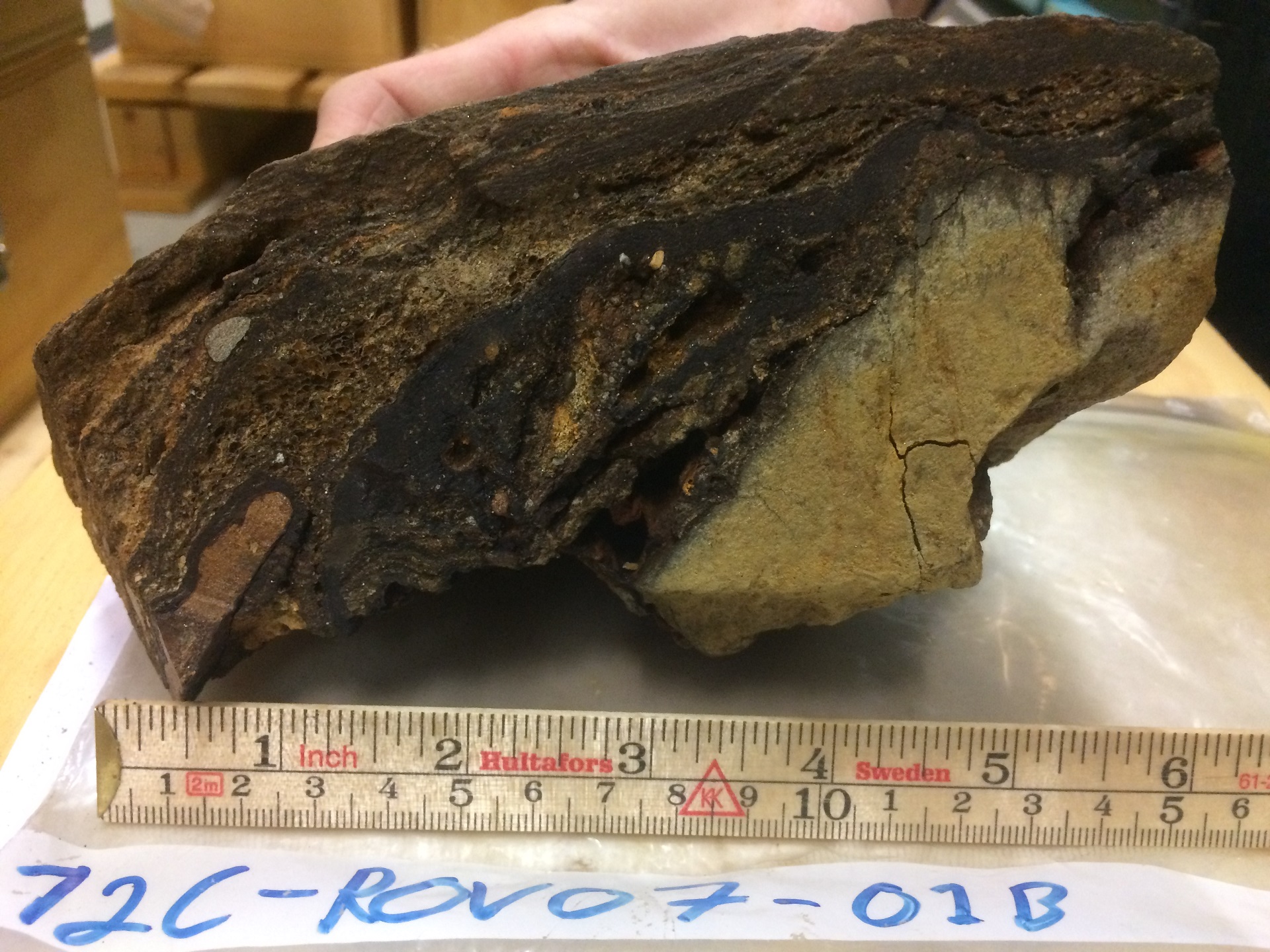 Photo: The dark part of the sample in the photo shows manganese crust that has been deposited on the lighter coloured rock, which in this case is a basalt, NPD.

Prospective manganese nodules are not formed on the Norwegian shelf, but they are known from other places around the world. Nodules are formed on the seafloor, and have a chemistry that is similar to manganese crusts.