The Force geophysical methods network invites you to a lunch and learn webinar featuring 3 talks on practical 4D seismic interpretation.

NB! This is a public event, and therefore open for anyone to enter.

Legacy seismic dataset from 2001 and 2011 were used for time lapse interpretation over a Brazilian carbonate reservoir in Field-X of Campos basin. The acquired 4D seismic dataset was noisy and initially deemed to be uninterpretable. Pressure data was limited and the initial simulation model was poorly calibrated. All these challenges warranted the need for the establishment of an inter-disciplinary platform. In this paper, we will introduce a tiered, integrated approach to optimize data value from multiple facets, leading towards identification of a potential sweet spot. 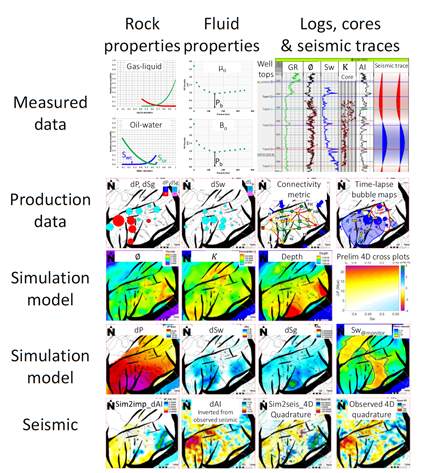 The holy grail of 4D seismic data is to quantitatively invert for changes in pressure and saturation which is crucial to understand the dynamic changes induced in the reservoir, optimise well production and injection rate, placement of new wells, and to update the simulation model. The method presented uses Extended Elastic Impedance (EEI) changes (Whitcombe et al. 2002) to qualitatively classify different production changes in the Snorre field. Our case study shows the advantages of 4D EEI in comparison to stacked near and far 4D difference, especially in the dynamic range of 4D EEI in optimally separating dynamic changes induced by pure-pressure versus a mixed of pressure-saturation effects. Prior to generating meaningful 4D EEI, the prestack data is preconditioned via a 4D-AVO preserving workflow using PsPRO. The 4D EEI products from the PRM data highlights a preferred water pathway from an injector well to a producer well, and the advantages of gas injection which not only reduced gas cut at the producer well but also maintained reservoir pressure for continuous production. A potential pressure communication pathway is also established for future producer placement. This method systematically brings us one step closer to comparing predictions from the reservoir simulation model.

4D seismic quantitative interpretation of simultaneous movement of GOC and OWC around horizontal producers in this thin reservoir is challenged by seismic tuning effects. Here, 4D amplitude and time-shift maps were produced in a simulator-to-seismic modelling study to illustrate the effect of reservoir structure, relative movement of the contacts during production, immediate overburden properties, and seismic wavelet on the 4D signature. The outcome was an improved comprehension of the reservoir for future management. Also, in a feasibility study, by application of engineering driven assumptions on the geometry of the contacts and saturation profile within each fluid zone, a Bayesian approach was proposed to invert the 4D seismic data to post-production contacts. As wells as the best-case scenario, this method provides the uncertainty associated with the contacts’ locations. 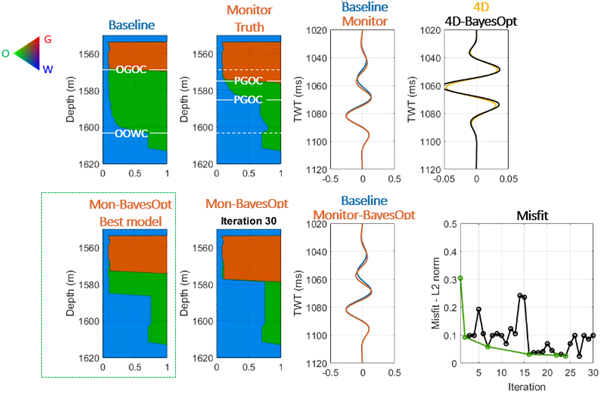 How a webinar works

You register as usual through the registration button above. Once you are registered you will get an invitation via email to join this webinar.
FORCE uses Microsoft Teams for this webinar, and has proven to work successfully.

We recomment that everyone joining turn off their camera and microphone when joining.
If you have any questions you can use the chat or wait until the end of the talk.

This webinar is free to all participants.

If you have any questions please contact Linn Smerud at the FORCE secretariat.